The tyranny of Linux

The promise of Linux is that it would free us from the tyranny of Microsoft and Apple and their operating system "tax." But then the two near-monopolists broke the narrative by making their OSes (mostly) free.

Instead, Linux imposed a different kind of tyranny: choice. Here's a chart from 2016 of many kinds of Linux available back then; since then, choice has magnified.

I was a faith-filled follower, until I wasn't. After keeping up with Mint Linux upgrades and several others (hey, they're freee!) I finally realized that Linux would never be successful as a desktop replacement. Which is why it is ironic that the father of Linux, Unix, under girds every single operating system -- Android, MacOS, uNameIt -- with the exception of Windows (based on a DEC operating system for mini-computers). In the rare case now when I need to run Linux (such as to check out a CAD program), I run it in a virtual machine.

So it was with half-hearted interest I read that Windows 10 -- like Windows 11 -- now supports Linux programs, and having some spare time decided to try it out (hey, it's freee!). 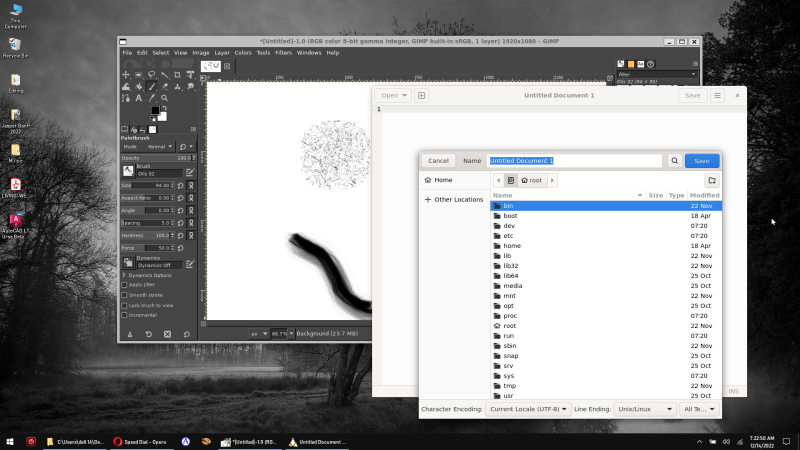 See learn.microsoft.com/en-us/windows/wsl/install to learn how to initialize Ubuntu Linux, and then install some programs under WSL, the official name, Windows Subsystem for Linux. Some of the instructions did not work for me, such as installing the Chrome Web browser.

What doesn't seem to be working at this point is a GUI, such as Xfce or KDE, because Windows, Microsoft says, has its own GUI; what's needed, though, is a GUI installer app, so we don't need to mess with command-line installs. There are separate display drivers to help speed up WSL; see learn.microsoft.com/en-us/windows/wsl/tutorials/gui-apps.

I, however, see no benefit to running Linux programs over the equivalent Windows ones. In the same way, I haven no interest in running Android apps in Windows when ChromeOS does it effortlessly. Microsoft says these features are more for programmers who do cross-platform development, than for end-users.

Depending on how well it works with Windows, the Bash shell would probably be my favorite part of WLindownuxs. If I were a Sysadmin, I would:

This can all be automated with shell scripts.

I haven't bothered to look for cool Linux GUI apps, because Windows has a huge range of apps that do the job.