Buying a computer for 7x less 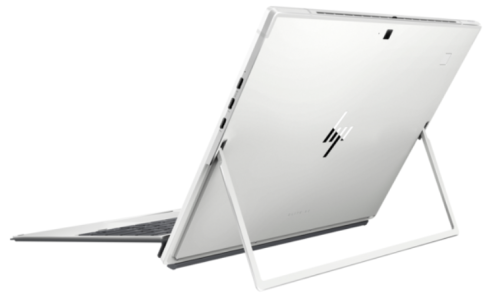 It is completely normal for us to buy a house used, a car used. That's because they are mature products. A 15-year-old house or car is as good (and sometimes better) than a brand-new one.

With inflation inching closer to 10% a year, and groceries up 25% in some cases, it pays to look for ways to save money. One way is to buy reconditioned electronics. Reconditioned is better than used, because reconditioned or renewed implies there is some guarantee that the device is in pretty good shape.

Indeed, eBay makes a big fuss over it. In some cases, someone bought something, didn't like it, and returned it. Listings on eBay and Amazon rate the quality of the used device, and sometimes describe the scuffs it might have. Typically, you can save 1/3 to 3/4 on the original price tag.

The last several phones, laptops,and desktops I bought were reconditioned, because computers have matured, and older ones are good enough for everyday use. In the days when I still bought digital cameras, I bought reconditioned ones. These days, I am on a nostalgia kick, and so I'm buying used film cameras and stereo equipment for a fraction of their cost in the 1970s; in these cases, I don't care if they work, it's the look I'm after, such as the Yashica rangefinder (shown at right).

The most dramatic example is my most recent one, in which I paid 15% of the current price. But first, some history.

Quite a few years ago, in 2014, I bought a used Sony Vaio Tap 11 tablet PC (shown at left), the slimmest thing I've ever seen then and since -- wonderful for business trips, I thought. But the keyboard didn't attach to the body, a real problem when forced to type with it on kneetops. I eventually gave it away to a needy friend, who uses it to this day. That tablet PC carries with it historical significance: it was the last PC Sony ever released before selling off its Vaio division.

Anyhows, I've been looking for a slim tablet PC ever since, but one whose keyboard is firmly attached and detachable. It seems like Sony's apparent failure made nearly all other vendors cautious. There is just Microsoft, who dominates the market, and whose aggressively overpriced and Surface industrial design I really don't like. I mean, I see a guy with a Surface in the local coffee shop and I feel pity.

At the other end, there are a couple of manufacturers in China, such as Chuwi, who produce low cost Windows tablets with under-powered CPUs -- under-powered, because then they can get Windows free from Microsoft. I've tried one, a clever one that dual-booted Windows and Android, and had fabulous build quality, but a weak CPU can't pull a wagon as heavy as Windows.

Traditional Windows computer makers, like Acer, gave up at around Windows 7. I suspect laptops with 360-degree hinges made the Windows tablet market irrelevant. But I kept looking and last week found one. For cheap.

I had no idea that HP still produces high-end tablets that run Windows. It calls them the Elite X2 line (see image at the top of this article), the "X" hinting at the shape with the stand extended, the "2" referring to the two parts, I suppose: tablet body and keyboard. How high end? The starting price is US$2,450. For funzies, I max'ed out the specs: US$4,385 (tax extra, shipping free) with an estimate ship date three months hence -- Feb 10. That's unobtainable.

So you can imagine my excitement when I found an equivalent model online for about 7x less, US$380 (converted from the amount I paid in Canadian funds, $509), from Printer Ready Corporation Canada. To be sure, the catch is that it's an older model and it is reconditioned.

The price of a new one, configured like the old one I bought, is US$2,705. Here's a dirty secret of the computer world: "new" models often have just an updated CPU, with everything else in the body the same -- same motherboard, same looks, same screen. If you look at my G2 tablet and compare it to the current G8 tablet, they look identical. The only differences are a newer CPU and one more USB-C port.

The Thing About Windows 8

The remarkable thing about Windows 8 is that Microsoft pulled off what Apple and Google could not: a single operating system for desktops/laptops and tablets. Apple has MacOS for large computers, and iPadOS for its tablets. Different interfaces, incompatible software. Google has ChromeOS for large computers, Android for tablets. But Microsoft has one operating system for both kinds of hardware, something that in our disdain for Windows 8 (it was flawed) and in the lack of tablets for Windows we don't realize particularly.

Windows 8 was flawed in that the new user interface was too radical. Windows 8.1 fixed it by backing off the tablet-centric-ness. Today, with Windows 10/11, a tablet moves smoothly from desktop mode (when the keyboard is attached) to tablet mode.

I've heard it said: refurbished are fully tested before resale, but only one in five production line units are tested. Don't even know if it's true, but I do find it very believable.