Why Creo Is Unlikely To Be PTC’s Next Onshape

I've made the statement that I doubt PTC will be able to turn all of Creo into an Onshape-like online app, as executives have been telling financial analysts. PTC spent over half-a-billion dollars buying Onshape from venture capitalists who had funded the ex-Solidworks staff who programmed it, and a few short years ago promised an Onshape-like version of Creo in five to ten years. We’ll see. In recent conference calls, PTC execs stopped talking about Project Atlas.

Autodesk has, after all, been plugging away at the problem for more than a decade, starting when it bought a Flash version from Israel, yet still has not achieved its goal with AutoCAD, a program less capable than Creo. Last year’s promise that third-party add-ons could eventually run in AutoCAD Web seems rather lame. Worse, the Web versions breaks Autodesk’s “design anytime, anywhere” promise by not operating with enough Web browsers. 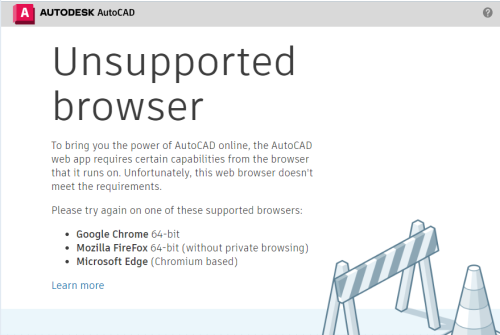 At least Autodesk has a mild Web version of AutoCAD available, which is so mild it can only give it away -- not charge for -- to subscribers. Dassault Systemes failed utterly after starting 15 years ago to convert Solidworks to a cloud app; the French company gave up, and now offers Solidworks users modules based on its incompatible Catia program.

Onshape succeeded only because it was written from scratch, starting with a database, but even after a hundred million dollars of development and marketing, gained only 5,000 paying customers.

Far from being the bright new future promised to us years ago by the marketing departments of CAD vendors, cloudCAD is a bust, as predicted by those of us who grew up in the era of mainframe-terminal computing -- which is what cloud computing is. But there's not just the drawback of having your computer sitting at the end of a thousand-mile-long wire.

Other aspects touted by the cloudCAD-positive crowd are not what every designer wants. The lack of success of browserCAD allows me to confidently state that most designers don't want simultaneous editing, subscription payments, zero installation, automatic updates, central files, or any of the rest of it. They want:

For instance, what the-world-is-moving-to-simultaneous-editing people miss out is that some workflows must be sequential. Writing a book is the example I know best. The text flows from the author -> tech editor -> copy editor -> author. All of us editing a single book file simultaneously is disaster.

Amal Dorai gives the technical reasons why some aspects of desktop programs are easy to implement as Web apps, some tough. His insights help explain why CAD vendors can’t reproduce desktop CAD on the Web. I include my comments in italics.

Backwards compatibility became a hugely important problem for packaged software companies to solve. If Photoshop CS5 created files that people using CS4 couldn't use, users would be very reluctant to upgrade to CS5. It would break the upgrade-based business model.

[I find backwards compatibility to be a non-issue in my publishing work. I use InDesign 4.5 and my output to my clients is a PDF file, not an InDesign file.]

If you add something like high-depth color to Photoshop, it's easy to make that backwards compatible -- just show the file in standard color on older clients. But multiplayer collaboration is too big of a change to be delivered in a backwards-compatible way.

To avoid having to support multiplayer collaboration between two significantly different versions of the software, it's essential to deliver multiplayer apps over the Web or in a desktop container, where everyone is running the same code.

Photoshop, Office, etc. aren't built to be delivered over the Web. They're multi-gigabyte applications with no clean separation between frontend and backend. Applications like Figma are architected to keep as much on the backend as possible to minimize the size of the Web app.

Finally, technical debt. It's tremendously hard to add multiplayer to an app that wasn't designed with it in mind. Instead of trying to add wheels to a boat to make it drive on land, you'd be better off melting it down and building a car.

Specifically, in an application that has 100 types of document operations (add text, change color, bring to front, add comment, change transparency, etc.), there are 100*100=10,000 ways that those can happen simultaneously from two different users. A legacy app must define and implement those 10,000 cases to ensure the behavior tracks user expectations. For example, if I cut and paste a title to Page 2 while you're editing its capitalization, we'd both expect it to remain in its new location with its new capitalization.

[This is what PTC is attempting with its acquisition of Onshape: use Onshape's architecture to rebuild all of their existing applications, though I am unconvinced it can work.]

Multiplayer collaboration is the future of all applications, and Figma is by far the richest multiplayer collaborative app. This will go down as one of the smartest software acquisitions of all time, and if there are regrets they will be only Microsoft's, for not offering more [$$$].

[I disagree that multiplayer collaboration is the future of all applications. There is a bigger  market for single-user, non-collaborative software, because the kinds of people genius enough to be inventive are loners by nature.]

Posted at 09:01 AM in Behind the Story, Computer-aided Design: NEWS, Internet | Permalink

In 2006, we developed a simple web cad viewer based on Vdraw Api from a Greek company. That project never got off the ground, Today in 2022 we should be seeing awesome solutions from the big CAD companies. None.

I certainly agree on the moving desktop apps to cloud everything I’ve see and read indicates turning an existing CADsolution into full cloud means pretty much starting from scratch. It’s been sort of done with office suite over many years but they bought technology to achieve that and still isn’t at feature parity, adobe seem to be heading this way long term with their latest purchase too I am betting that will underpin future cloud apps.

Autodesk also abandoned their efforts to turn fusion 360 into a browser app (project leopard) they now cloud wash to keep up with the competition by offering fusion 360 hosted on Amazon appstream. While this was a good thing to do to support education during covid it’s clear that in education Onshape has seen wide adoption and has the opportunity to displace desktop or thick client tools.

My understanding from reading and watching lots of PTCs communication on this the past couple of years is Creo is not going to be in browser. Instead it is going to use the Onshape data model, so they are building out the atlas platform to accept different applications.

This is what they have done with other apps like vuforia you get versions, branch and merge, basic pdm functions for those who don’t want or need PLM.

If they can pull this off there is value in this, as a path to cloud without on premise infrastructure especially if they make it seamless and banish that save button. While they can continue to offer local software for those who aren’t ready for cloud.
How this then works with windchill and arena is another question.

As you say Dassault have been trying to do this for years with SOLIDWORKS so it’s not a given they will succeed.

However given the progress to date I would not bet against PTCs strategy. They have already succeeded moving some applications and Onshape and Arena are growing well ahead of the market it’s just not the lightning progress SOLIDWORKS saw in it’s early days, so much harder to displace the incumbents today.

Thanks, Alan, for your insights!