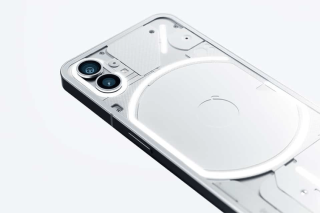 Carl Pei is the antithesis of Steve Jobs. Both are/were brilliant at marketing, but whereas Jobs told his customers what they would get from Apple, Pei asked them, nicely. He did such a good job at guerrilla marketing that to this day there still are tech journalists who think of OnePlus as a plucky indie smartphone shop. It's not.

OnePlus is a brand of Chinese giant BKK Electronics, which sells smartphones and other electronics under brand names like Oppo, Vivo, Realme, Imoo, and iQOO. Combined, it is the second largest seller of phones in the world, after Samsung.

(As I write this, BKK stands accused by the government of India of evading paying nearly half a billion dollars of import taxes on Oppo, Vivo, Realme, and OnePlus products.)

OnePlus brand co-founders Pete Lau and Pei created a wonderful myth of an independent phone design firm that makes exceptional phones at reasonable prices under the tagline "Never Settle." Today, its official corporate history perpetuates the myth, stating that in 2013 it "Quickly gained attention before launching a product with focus on community/forums."

I am not being cynical here. People desire community; we were designed to be together. Lau and Pei tapped into that need, unlike anything since the early days of the iPhone. What I am cynical about is he tech media perpetuating the myth, widely reporting each news snippet, no matter how unimpressive, that the firm artfully released. I suppose the tech media needed something in which to fervently believe, too.

Over the years, OnePlus phones became boring me-too products that steadily went up in price.  (My wife has the OnePlus 7, which I consider adequate.) Perhaps this was BKK's plan along, or maybe it was just inevitable that smartphones collectively became me-toos at sky-high prices. Once the price broke $1,000, the spell was broken, and OnePlus lost its golden luster. 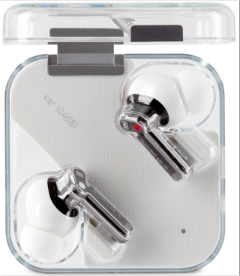 Carl Pei was smart enough to leave the corporate confines of a BKK and start over.

To keep up interest, he launched earphones, which I bought, because they look more cool than any one else's (especially from the uniform dullness of those designed by Apple), and the right one has a red dot missing from everyone else.

Tuesday was the day he launched his new smartphone with its eye catching back made of strings of LEDs that can be programmed.

The launch initially failed as a voice stuttered in slow motion and the YouTube feed froze for several minutes. During this short time, the number of viewers fell from 16,000 to 8,000.

When the pre-recorded video sprang to life, the number of viewers jumped quickly to 80,000.

The launch video was classic Pei, just talking one-on-one with you, explaining in his casual manner how this new phone really is designed with just you in mind.

Later, however, after he walked over to the Nothing office, the spell was broken as he entered the "we're so excited" zone preferred by marketing people today.

I fear, however, that Nothing will go the way of Essential, the new phone firm launched by the inventor of Android, that collapsed under its weight of hype and design overreach.

Nothing is the opposite. It has a flashy design, literally, but not much more going for it. The specs are middling, the battery gets through a day, the cameras are normal for today, and the distribution is limited (none in North America, officially). Same for the earphones: flashy design (did I say I loved it?), but only acceptable tone.

Pei admitted as much when he said his firm wasn't doing anything special when it came to Android apps, because the ones out there are already pretty good. He's offering a couple of new apps, one for turning on your Tesla's air conditioning remotely and another that controls the earphones -- oh wait, any Android user has access to it.

With 1.5 billion cell phones sold last year, I suppose Nothing doesn't need to make a big dent to survive. But I don't think its product differentiation is sufficient. Nevertheless, I admire what Pei has pulled off.