Clacking is the best typing 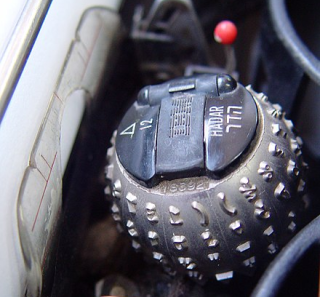 The IBM Selectric typewriter was the Bugatti of typewriters. It was heavy (so it wouldn't bounce around or be stolen easily by employees), it struck the paper with a single ball (so it couldn't jam; see figure at left), and the keyboard was lux. You just felt good typing on it, it attained 75% of the office typewriter market, and it became the standard for the clacky keyboard shipped with the original IBM PC.

Most computer keyboards today, however, are mushy. And so it was with great joy that a reader a few years ago recommended I buy a keyboard with Cherry Brown switches. My love of typing returned.

Germany's Cherry invented a line of keyboard switches, the MX series, on which the patent has now expired. The switch is the mechanism that sits between the keycap and the keyboard's body. It determines how far the key travels when depressed, the sound it makes, and the force needed to press it.

Cherry switches comes in colors, and the color determines the keystroke effect:

This week I got a new keyboard, ostensibly for my new M1-based Mac Mini. It is the K8 from Keychron, which is an 80% keyboard. A slightly smaller keyboard suits me, as my fingers are not particularly long. 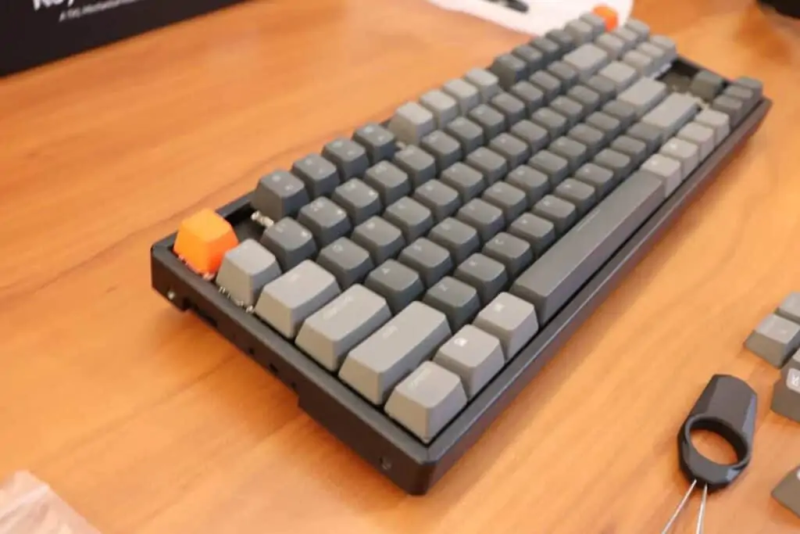 But this keyboard hosts a ton of functions:

The only thing missing, for me, is a roller wheel for changing the volume, like on the AZIO MGK keyboard I use with my desktop computer.

The keyboard works well, and so I am pleased with it. The one flaw is the size of the printing on the side for the switches that change between Windows/Android and MacOS/iOS modes, and between Bluetooth/Off/Cable connection. The labels are illegible. I finally figured out their meaning by their length. 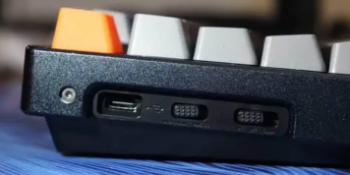 The keyboard is US$70, and is available with Red, Blue, or Brown switches.