« How much does a mouse cost? | Main | Working with a multi-computer mouse »

Using your iPad as a portable second monitor for Windows

The folks at AstroPad figured out how to make an iPad a second monitor for Macs, wirelessly, with the Luna dongle. Then Apple did a nasty by integrating the tech into MacOS, leaving AstroPad scrambling. What Apple taketh away, Microsoft giveth.

Luna still works with Macs and iPads (such as a display for a Mac Mini), and now works with Windows computers and iPads. I bought one of the magenta-colored dongles at the launch sale price of $100 -- the USB-C model. Probably expensive, but I figured I was supporting a scrappy developer done bad by Apple. The Luna page is here: astropad.com/product/lunadisplay.

Now, I have been disappointed before by wireless, second device connections, but that was quite a few years ago. Would Luna work?

I am pleased to say it does, following the kind of setup you would expect:

TIP  In my case, the two did not find each other initially. The problem is that my place has four WiFi SSIDs. Both computers have to be on the same one, ie, the SSID with the same name.

If that still does not work, you can connect the iPad to the Windows computer with a USB cable.

There are drawbacks to the system. The iPads operates at a low screen resolution, 1024x768, in my case. Retina mode would run an iPad at a higher resolution. Perhaps Android tablets -- and even Chromebooks -- could be supported next. The next new thing Luna is working on is making the iPad a drawing tablet.

When you go to buy Luna, you are faced with the difficulty of having three dongles to choose between: USB-C (works on Windows, and the one I bought), HDMI (for Windows only), or miniDisplayPort (for Mac only). Luna cautions that the dongle does not work through adapters, like port replicators. I wonder how it would work with the M1 Mac Mini, which has a full-size DisplayPort connector, and so would need an adapter.

I tried the USB-C dongle on my new M1 Mac Mini, but while the Luna software tried hard, it could  not connect to the iPad. The detailed details are here: help.astropad.com/article/223-luna-and-adapters.

By the way, Windows is fully cognizant of the "display," as you can see in the screen grab below. 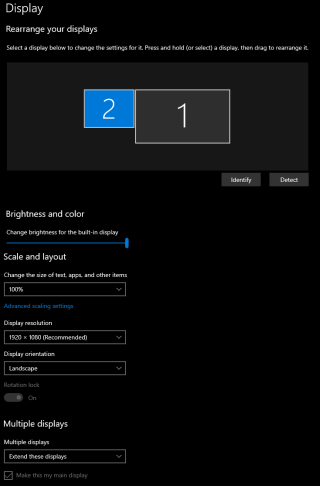 And of course I can add a third display to my Dell, which isn't possible with the M1-based Mac Mini. 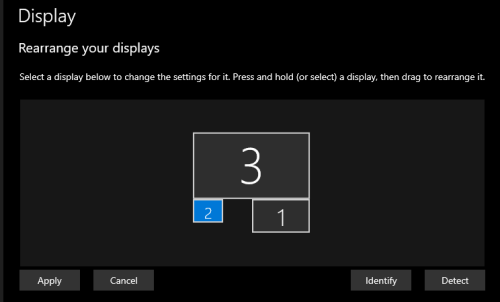