It's all a game. Advertisers lie to themselves that we can't get enough of their ads, while we bob and weave to avoid them like a goalie at the World Cup. (Of hockey. Which game did were you thinking of?)

The goal always has been to figure out how to best force us to view ads. With radio, we switch to another station. On tv, we go to the bathroom. In magazines, we flip to the next page. On Web sites, we install ad blockers.

But what if there were a technology that could put our heads in vises, clamp pairs of rather tiny tvs to our foreheads, point each one directly at an eyeball, and then to force us to watch ads, A Clockwork Orange-style? Now that would be technology worth paying $2 billion for.

With Facebook's announcement that it will start feeding ads to people who had paid already $500 for Oculus VR headsets and had already paid for the games they were playing in it, the virtual reality industry began mourning its now-inevitable death. 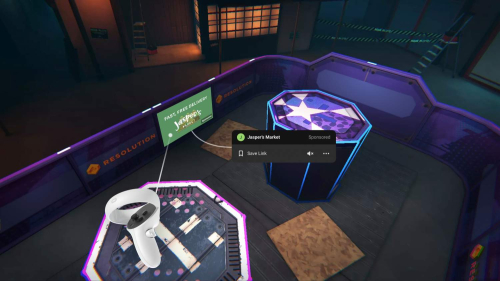 I, for one, had long predicted the collapse of VR, as surely as the collapse of 3D tv. Technology cannot be mass-marketed for technology's sake, and after 30 years of VR being prophesized as inevitable and now today as popular as Linux on the desktop, Facebook deserves our gratitude for nailing that particular coffin shut.

But before the hammering starts, Facebook is acknowledging its oncoming failure with this hedging statement (my emphasis): "You can manage what ads you want to see and we're including controls to hide specific ads or hide ads from an advertiser completely. Ads in VR will be different from ads elsewhere and this is a space that will take time and people's feedback to get right."

(I seem to recall a certain fruit-themed computer company promising the same about its upcoming ads, which turned out exactly the same as every other ad. Adz iz adz. There is no different way.)

PS: My wife's reaction, after I told her about what's happening with VR goggles: "People still use those?"

Meanwhile, the people's feedback has been right, even priceless, worth more than that $2 billion Facebook paid for Oculus:

"I told everyone FB RealityLabs would put ads in the headset, they were already planning it. Meanwhile @thedextriarchy reported in January @boztank [Andrew Bosworth, vp Facebook Reality Labs, and former vp of ads] lying, 'We're not really focused on business model.' We are all getting slowly boiled in a pot by Facebook."
- Cix (@cixliv)

"Oculus says in a blog post they 'have no plans to use movement data to target ads,' but yet nothing in their privacy policy prevents them from doing so."
- Kent Bye (@kentbye)

"Aaaand that's why I sold my Quest when they got acquired. Yay, delayed gratification."
- Glytch (@glytchtech)

"This is definitely what VR was missing for mass adoption."
- Aaron Levie (@levie)

"You can escape reality. But you can't escape ads. That's the reality."
- Subrahmanyam Kvj (@sub8u)

"They also 'have no plans to build a facial recognition database.' These statements are as hollow as their so-called 'responsible innovation principles' that deliberately ignore to 'protect identity of minorities (humans).' Blabber blabber blabber..."
- Kavya Pearlman (@kavyapearlman)

Posted at 07:36 AM in Impractical | Permalink