In my previous post, Why Google (Cannot) Fall, I wrote about the Network Effect, which tends to insulate giant social media companies from decline. When more people use a network service, like Facebook, then even more people have a reason to use it.

Barely a week after I wrote that, we saw the effects of the reverse network effect: the more people are banned (or quit) from social media, the more depart. By coincidence, my daughter-in-law and I quit Facebook the day before Twitter banned the president of the United States. We quit, because Facebook had broken its promise to never suck up data from WhatsApp.

Facebook will not feel the effect of us two leaving. The last post I made was in 2010. I hadn't used it in years; my wife, who had been using my account to keep up with some distant friends, had also stopped some time ago, as the friends either abandoned Facebook or switched to communicating through texting and good old email.

Indeed, most of our family and friends are now using various forms of texting software to replace the spies operating at Facebook, et al.  Some of our family has switched to Treemo ($5 one-time fee), which is so secure it has no idea who we are. 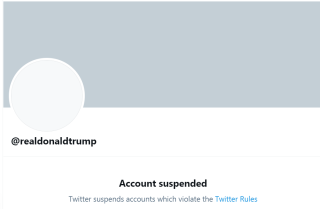 The president is no longer in 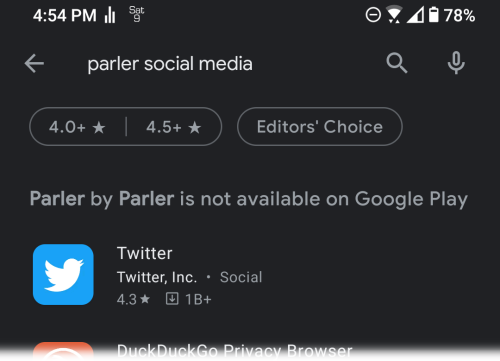 The Editor's Choice no longer is

The bulk mail service used by the Republican party cancelled it as a customer. Some months earlier, mail server MailChimp had promised to block any customer whose emails it didn't like, with no appeal possible (following which I quit it as my bulk email service). Other social media companies, like Pinterest and Redit, jumped onto the blocking bandwagon, because it was a safe thing to do in the current environment.

Then came the news that the Royal Californians, hyper-progressives Meghan and her husband, will quit all social media, including Twitter, Facebook, and Instagram, calling them an "addiction worse than alcohol and drugs." They have 10 million followers. As progressives, they felt that they could not promote addictive behaviour.

Progressives are all about freedom. When you are addicted, you're not free.

Not the Dogs Facebook Makes Us Out to Be

Now, we aren't supposed to be banning them.

This is not what arrogant social media titans had in mind when, some years ago, they began the anti-free speech practice of blocking and cancelling accounts. We were supposed to be addicted, and we were supposed to follow their admittedly-capricious rules to be let into their clubhouses.

The fundamental flaw in their reasoning is this: they fell for the lie of Determinism. It says we humans are programmable and can be manipulated into doing whatever the social media monopolists felt like having us do. We aren't, it turns out, Pavlovian dogs; we have, after all, free will.

And so we arrived at the point in the history of the world in which being banned by social media companies has become a mark of pride. Twitter had banned me for a while, I am proud to say, following which I stopped posting commentary there.

And today we are at the unexpected juncture of conservatives and progressives agreeing on one thing: social media systems need cancelling.

Now, blocking an account with 80 million followers does not mean that Twitter loses 80 million customers; it does, however, mean that 80 million people have one fewer reason to access Twitter. First one fewer, then more fewer... As more accounts are blocked and more accounts quit, the network effect shifts into reverse. c.f. Friendster, MySpace, Second Life, and so on.

This is not the end. "Life was possible before they existed. It can be possible again without them," Emily (@ethereal_em) reminds us.

Posted at 07:00 AM in Impractical, Internet | Permalink

With you all the way. When 'freedom of speaxx' is muffled of muzzled by anyone, suspicion should be heightened. It raises many questions about who is actually in control and what is the end game?

It is speech that people disagree with that needs protection. All other speech is already free.