In I Come to Praise USB-C I explored how the now-ubiquitous USB-C connector single-handedly handles nearly everything for which computers and phones formerly needed multiple ports -- memory cards, regular USB ports (for printers, external hard drives, camera, etc), ethernet, displays, and so on. Bulky, but doable. See figure below. 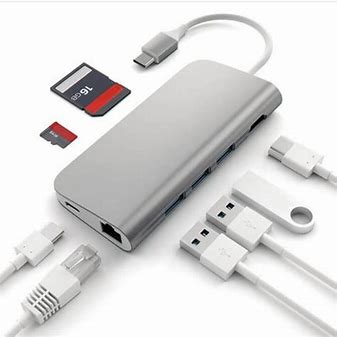 All ports for the price of one

The bonus for phone and laptop makers is that USB-C lets them cut costs by providing fewer ports, even as they raise the prices on us.

The other peripheral that the USB-C port on your phone might handle is a set of headphones. Headphones over USB-C is a different matter from all the other peripherals I mentioned. Those peripherals are either all-digital or they handle some aspect of rasterization internally (such as inside cameras and printers). None of them is analog; you might have noticed that none of these port extenders have 3.5mm headphone jacks.

Analog is what our ears need. When we listen to a string quartet or a jazz trio, our ears are interpreting the waves of sound produced by vibrating instruments. The cellist drawing her bow across the strings to vibrate them; striking padded hammers on a grand piano's strings vibrates them; a saxophonist blowing into the mouthpiece vibrates the reed; a trumpet player buzzes his lips against the mouthpiece.

Vibrations being carried through the air, from the instruments to our ears, vibrate our ear drums, then the inner ear bones, which stimulate nerves into sending signals to the brain, which interprets the signals as music, to our listening pleasure.

Analog means that the sound our ears receive is analogous to what the instrument produced. Digital means that the analog sound is digitized up into pieces, commonly 44,100 pieces per second of music. CDs, music streaming, and MP3 files all store music digitally.

There is no such thing as a digital speaker. All speakers and headphones are analog. All use the same technology that was figured out more than 100 years ago: the analog signal is an electrical voltage that varies, stimulating a magnet to move a diaphragm rapidly in and out, producing sound waves that our ears pick up as vibrations.

(Microphones are the exact reverse of loudspeakers: sound waves stimulate a diaphragm, which moves the magnet, which generates the electrical voltage, which is stored as sound.)

Yup, when a earphone vendor tries to impress customers with that dramatic image of the exploded view of the innards, you are seeing, amongst all the clutter, a magnet and a diaphragm -- no different than from 1915.

The reverse occurs inside computers and portable devices. We store entertainment in digital formats, such as MP3 (for most music), AAC (for music purchased from Apple), and MP4 (for movies). For us to hear the music, the computer has to convert the digital signal into analog sound. In every single case, this is done by a small chip called a DAC -- digital-to-analog converter.

When it comes to headphones plugged into the USB-C port, the DAC has to be relocated, because the phone is delivering sound in digital form right up into the port. Now it is the headphones that have to hold the DAC chip to covert the digital signal entering through the USB-C connector into analog sound for the headphones' miniature speakers.

In a USB-C headphone, the DAC chip is stored in the USB-C connector, the part you push and pull into and out of the phone. See figure below. 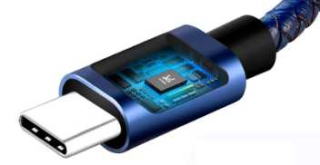 Where the DAC chip hides

The same occurs with headphones that connect over Bluetooth. The laptop or phone sends digital music through the wireless Bluetooth connection to the headphones (or speakers), which then have the job of converting the digital signal into analog sound. The drawback to Bluetooth is that music, already compressed into MP3 format, is further compressed to fit the limited capabilities of the Bluetooth data transmission specification.

Those phones without the 3.5mm analog port for headphones get to also eliminate the DAC chip -- a double savings for companies like Apple. For these kinds of limited-function phones, you can get a USB-C to 3.5mm adapter that lets you use traditional headphones. The adapter carries the DAC chip inside; some adapters have both 3.5mm and USB-C at the end, so that you can charge the phone while listening to it. See figure below. It's awkward, doable, and more cost-convenience that's been transferred from the vendor to the consumer. 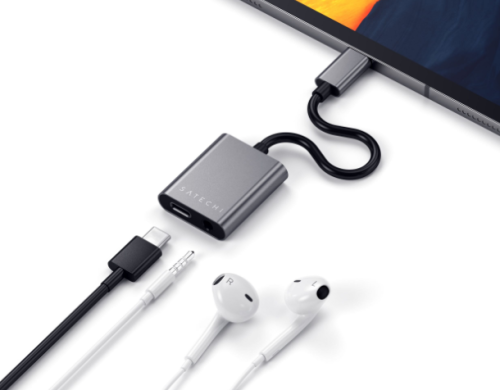 To see if USB-C headphones are any good, I had bought a couple of cheap $5 ones from eBay last year. They truly were awful. The sound was badly distorted, indicating very low quality DAC chips. I guess that was to be expected.

This year, I tried again. This time I got a moderately-priced set for $40 from Amazon, Dyplay, which had decent reviews. I picked thise ones in part because of the nub; I need such nubs to keep the headphones in my ear; without a nub, they fall out. See figure below.

The difference in sound was remarkable. It was excellent.

Now, know that the music player on my Android phone is Neutron, which produces the best sound  through its own 64-bit audio engine. It is aggressively updated, so I was only mildly surprised when Neutron knew I had plugged in a pair of USB-C headphones. This meant it would instruct Android to ignore its own DACs and direct the signal directly to the USB-C port.

These headphones claim to have ANC -- active noise cancellation -- which I found is minimal. I would call it PNS -- passive noise suppression -- which is a design of earphone that plugs into the ear canal so well that outside noise is effectively reduced. I have a couple of pairs of such PNS earphones that my wife and I use on airplanes -- much more compact than those bulkly Bose-style ANC over-the-ear headphones that need batteries!

Anyhow, the point is that USB-C headphones don't need batteries to power ANC, because the USB-C port provides the power.

I am fortunate that my smartphone, the Asus Zenfone 6, handles all forms of music output:

The usb-c headphones that came with my Samsung Galaxy 20s ultra stopped working after 3 months. As severe disappointment.