Learning how to paint by numbers

Does AI have to actually incorporate artificial intelligence to be called "A.I.?" With failures of AI  becoming increasingly publicized, some industry commentators have taken it calling it "actually ignorant."

Never mind the insult. Any time I get a press release landing on my desk touting A.I., I cast a gimlet eye upon the text. Most recently, this was from a Berlin firm named Pointly, which, in fact, is owned by a larger Germany company Supper & Supper (as in dinner).

Pointly says that we can upload a 3D point cloud to its servers and then tag items with color, to identify them. For instance, tag walls of houses on a street in blue, roofs in red (the traditional color in Germany for roofs), and the street itself in light blue. I tried it out, and found that I was working with what felt like the flood tool of paint program from the 1990s. See figure below. It did not feel like AI. Or, if there was AI, my brain was the intelligence behind the artificial. 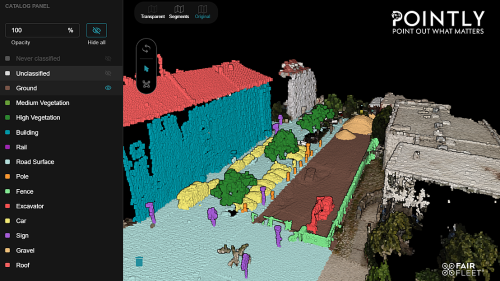 So I asked the firm what was going on. It turns out that I had tried it out too soon:

Pointly, which is live now, is a tool for accelerated manual classification of point clouds. Features for automated processes in Pointly will follow and are being developed [currently].

So, Pointly eventually will figure out what I am doing and, hopefully, start doing the color classification itself. "We want to implement self-learning algorithms," the spokeswoman told me, "So that the more point clouds you label the more the neural network learns and the following labeling work becomes way faster, because the network learned from the work you’ve done before."

Pointly, as part of data science firm Supper & Supper, is trying a few different things, of which flood-fill is one. Other examples include A.I.-supported automated object recognition and CAD model generation from laser scans of freeways. Use-cases include the following: 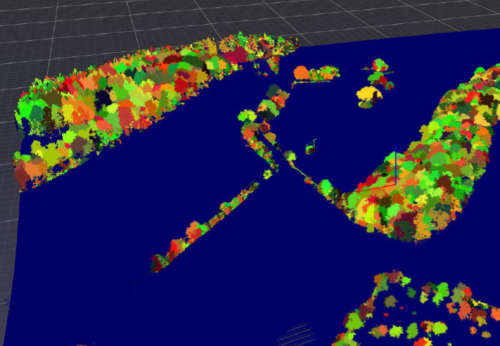 Posted at 07:00 AM in Computer-aided Design: NEWS | Permalink