Hipsters like old stuff, grungy stuff. Wrecked boards, worn out mugs. Best present I ever got for one of my daughters, according to her, was bringing back a slightly-damaged-looking camping mug from New Zealand. A present to end all presents. No doubt there is somewhere in China a factory with people whose job it is to make brand-new mugs look banged-up. Or maybe the look is part of the mould.

Never mind. Retro is hip, even in CAD. We have people restarting computers from the 1980s and 1990s running CAD software from those days. If you grok Nth Engine, then you're in the know.

The RetroCAD YouTube channel, for instance, has 40 videos about getting software like AutoCAD 1.4 (my first version in 1985!) and KeyCAD running on old hardware like a Compaq 486 and Kurta tablet -- all under DOS, of course. https://www.youtube.com/c/RetroCAD/videos 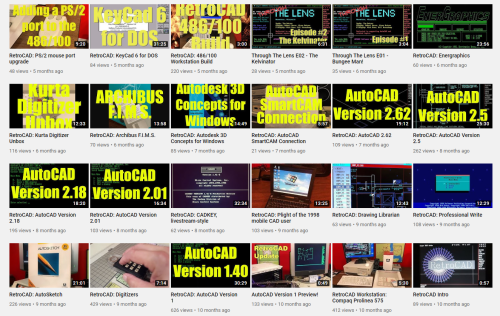 I have a old '386 sitting under my desk, waiting for me to have time to tinker with it. It has the all-important 5.25" and 3.5" diskette drives. And my bookshelves groan under a large collection of 1980s-1990s software that encompasses everything from Quarterdesk Desqview to an early VersaCAD. The #1 killer in getting old software resurrected is whether the magnetic patterns on diskettes survive the decades.

People keep buying the ebook version of my "Learn Generic CADD 6.0" book, even though it is 27 years old. That's because there is a renaissance in running the beloved CAD program on today's Windows and old time DOS systems. A purchaser from last week told me, "Just fired up my old copy of generic cadd to do some drafting and realized my memory is not as good as I thought it was in using it. This [ebook] will come in handy to refresh my brain cells." 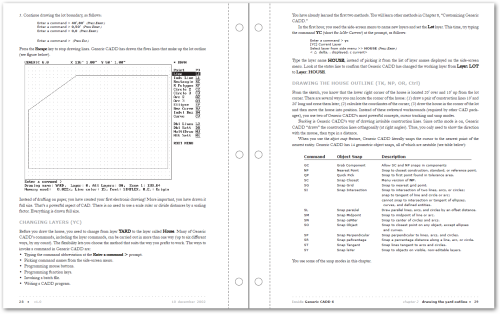 Nth Engine was an expensive, memory-laden accessory board that sped up AutoCAD by storing the display-list in RAM. As their ad copy put it, if you have to wait more than two seconds, then you're waiting too long. Nowadays, redraws and regens tend to be instant, so two seconds seems today w-a-y too long to wait. But not in the 1980s. I timed the famous nozzle.dwg drawing taking 4.5 minutes to regenerate on an 8088 (early PC); 30 seconds with the optional, extra-cost math co-processor. So, yah, two seconds was a breakthrough. 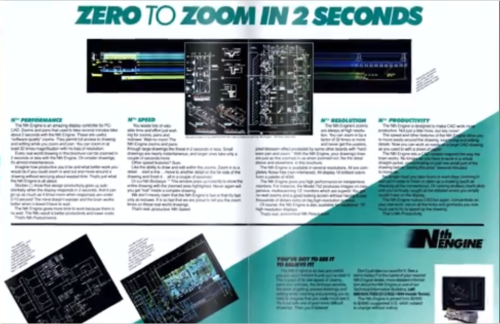 At the time, I was still technical editor  at CADalyst, and I got to review the Nth Engine board. I found it wasn't as fast as some of its competitors, and so the magazine lost the full-page ads as a result. By the end of the 1980s, hardware display-list processing was superseded by software ones, and then by the early 1990s Autodesk killed the thriving industry when it hired the main programmer away from Vermont Microsystems, got sued, paid $6 million in damages to VMI, and killed the industry anyways.

Remember bird's-eye view? Ya, that was part of that era as well.

Graphics used to be horrendously expensive. Think $1000 - $3000 per component for "high" resolution of 1024x768. That's a thousand or three for the graphics board, a couple thousand for the 19" monitor. And sync was fixed, so if you wanted the change one of them, you had to change both. A good, fast, large plotter was $15,000. Now multiply those prices by 2.5 to account for inflation today.

The CAD software was priced reasonably; the hardware was a killer. Today, the roles are reversed.

BNC connectors, anyone? How about configuring a serial port?

Ahh, those where the days... Nth Engines Birds Eye view was the thing I missed most when switching to Matrox graphics cards. I also remember the fiddling with jumpers / rocker switches on network cards, graphic cards and other ISA cards to get them to use different IRQ, DMA en I/O addresses. And particularly to optimize the I/O space so QEMM could make the most of upper memory. Oh, well....

Maybe I'm younger, I remember Nth Engine advertisements but what made me play in other league was Vibrant Graphics' Soft Engine. I was later purchased by Autodesk and most of its features were added to AutoCAD. People were astonished seeing me zooming and panning on a modest 386. I had a 40 MB hard drive when new. When I retired it, storage had grown up to 380 MB.