A letter to the editor in last week's upFront.eZine newsletter noted that Logitech's new top-of-the-line mouse is a loser. So, the letter writer instead bought a new 3D and 2D mouse from 3Dconnexion, after reading positive reviews. "I am grateful for Logitech's failure because it forced me to look deeper into my other options and allowed me to give my money to another company that I would not have otherwise considered," he said.

In the back of my brain, I recalled that Logitech had spun off 3Dconnexion, and so I let his statement stand.

Some readers, however, wrote immediately to explain the reader was still giving his money to Logitech, because it owns 3Dconnexion. Did it? Clearly, my back-of-the-brain notion wasn't sufficient in the area of supporting evidence, so I investigated further.

The 3dconnexion Web site's Company Profile page has scrubbed any mention of its owners, instead waxes on about how great their mice are. No mention of Logitech. As well, no recent press release mentions Logitech, which a subsidiary would do in order to bask in reflected glory of a normally well-liked company.

Next place the look: the oracle of the intertubes. Let's ask Google: 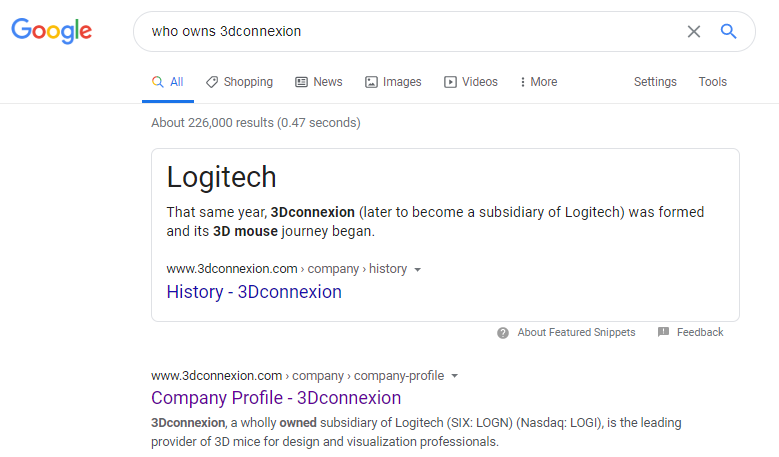 Clearly, Google thinks Logitech owns 3dconnexion. So why does 3dconnexion not declare the ownership with pride?

The cached version of every Web page Google finds is the one it has in its storage banks. This is the location from which Google shows you its search results and the information it displays.

Accessing the cached version of the Web page

When I click on the cached version of the page, Google shows me the result from when it trawled the site six days ago. Problem is, the page in its cache from six days ago is the same one I saw today. It does not say who owns 3Dconnexion. 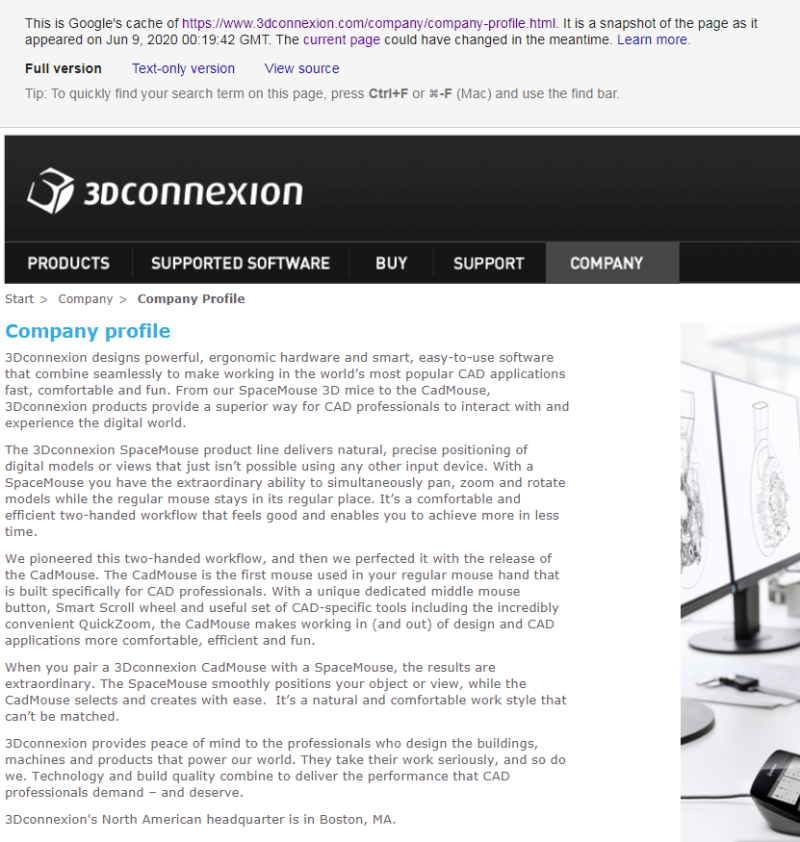 So Google is reading one thing, and telling us another. Chalk that one up for the ongoing investigation into the behemoth.

Actually, I use Bing all the time, because I don't care to give Google more information than my Android phone already does. Also, Bing pays me to search with them, Google doesn't. And so every few months I get to present my wife with a $5 Starbucks coupon, and she uses it to buy the biggest latte the chain sells.

Well, that seems straightforward. Bing does not, however, provide a link to the source for its assertion. It does have a Feedback button, which I clicked and told the microsofties about what I had found (see below).

But what about my notion that Logitech sold 3Dconnexion? Let's ask Wikipedia:

Oops, that page hasn't been updated in ages.

Let's ask Logitech. Here I credit Henry S, who helped me research this question. He came across the most official reference that there cam be regarding corporate maneuvers: the annual report. 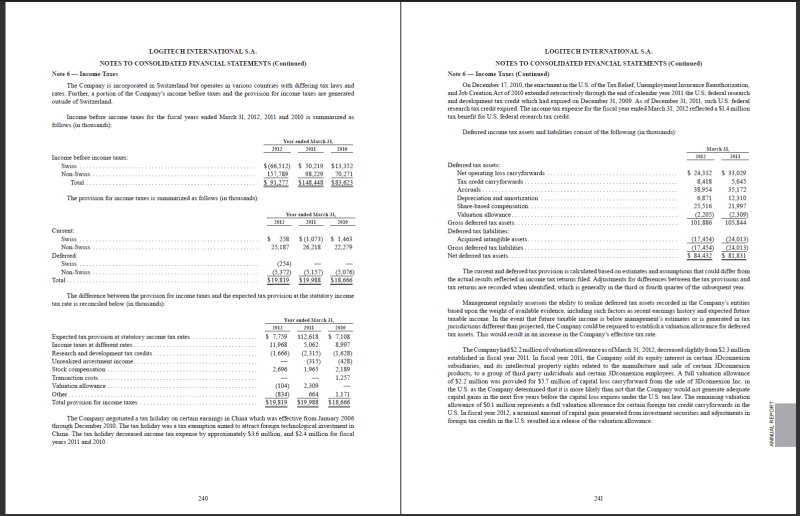 In short, 3Dconnexion was sold to its employees nine years ago, because Logitech determined it would not be making a profit from it any time soon.

Posted at 10:07 AM in Behind the Story | Permalink