« Graebert Gets Into BIM | Main | Installing Linux on ChromeOS »

About that ASUS Flip Camera

Here are some specs you’d expect from a desktop computer:

Except these describe my latest smartphone, the ASUS Zenfone 6 (2019). The ‘2019’ is important, as the Taiwanese company is reusing the name from another model a half-decade or so ago. I got the silver-blue model with 256GB storage RAM, and then added a 256GB microSD card.

Other features important to me:

Full specs here: gsmarena.com/asus_zenfone_6_zs630kl-9698.php. Although it was "released" in May earlier this year, it generally has been hard to find in North America until the late in the fall. I bought mine direct from Taiwan through eBay in September.

The highlight of this phone is its unique camera that flips from back to front in about one second. It takes excellent photos, especially at night. 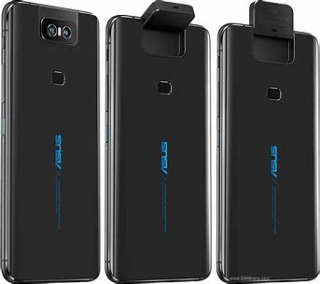 The flip design offers these capabilities:

But how well does this work in practice? The Zenfone 6 has, after all, only two lenses -- regular wide (equivalent to 26mm on a standard 50mm SLR camera) and ultra wide-angle (11mm equivalent).

When Google released its Pixel 4 phone, the company excused the lack of a wide angle lens by claiming that very few people ever use it. In the past, I’d have agreed, as I was an analog zoom fanatic. But since September I’ve been using the wide angle lens on the Zenfone 6 -- especially during three trips to Europe -- and have become amazed at what it makes possible:

Below are two photographs of the same locomotive in the Berlin Technical Museum. One was taken with the regular lens, the other with the wide-angle one. I think this makes my point better than any Google marketing slide.

In addition, taking selfies is much easier with a wide angle lens: no need to squeeze so tightly together anymore! 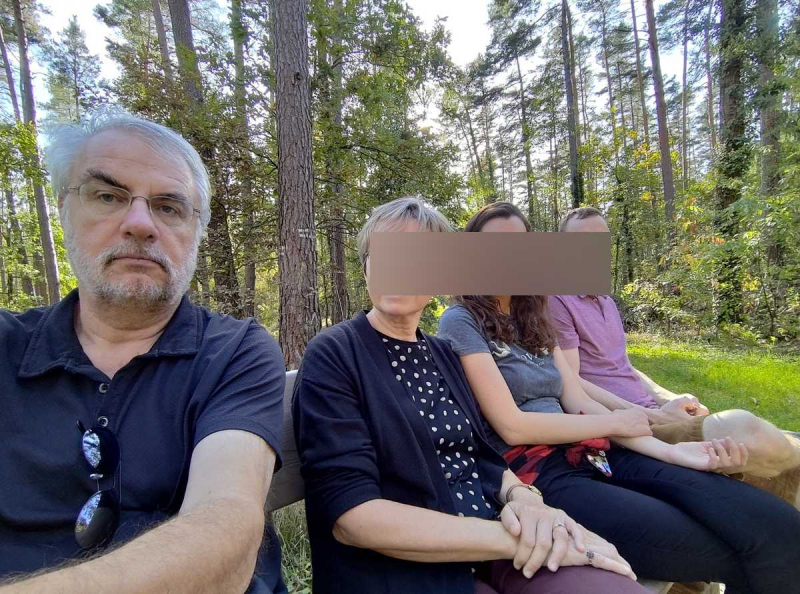 Using the flip camera to take panoramic images works well enough, but it is limited to taking them in landscape mode. However, I prefer taking them horizontally in portrait mode; this is not possible with flip phone.

As well, I find I end up in the panoramic image as the lens rotates relentlessly -- I have less control than when I move the camera manually.

When the writer becomes part of the story

The camera doesn’t have to be just at the back or front. By sliding a soft button, I can move the camera to any position. In practice, the slider is touchy and so I find it hard to position the camera precisely. In theory, I could use this to take ground-level photos, such as of mushrooms, or overhead photos, such as of crowds. Again, I find that this does not work well. 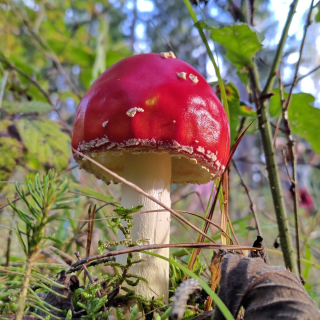 Mushroom photographed from below with the assistance of the flipped camera

(I loved the swing viewfinder on early Canon digital cameras; the problem with the Zenfone 6 is that we are moving the lens, not the viewfinder, making it awkward to rotate the lens while trying to position it.)

How the 48-megapixel Lens Works

The primary lens uses a Sony 48-megapixel sensor, which a few years ago would be incredulous, but today is already obsoleted by the newer 64- and even 108-megapixel sensors. These high megapixel count sensors can employ all pixels, but typically don't.

When I select 48-megapixel as the resolution, the phone takes a photo, and that’s all. There is no zoom; the aspect ratio is 4:3; the resulting image is about 14MB, depending on the content. But realize that in selfie mode the camera also operates in 48-megapixel mode, and so you get very high resolution selfies -- which might be a good thing, or bad.

When I switch the camera to 12-megapixel resolution, notice that this is ¼ of 48 megapixels. This is no coincidence. The camera uses four pixels on the sensor to generate one pixel in the image. It means that difficult lighting situations result in good photos, as well as engage digital zoom that doesn’t lose any clarity until after about 4x.

Zenfone 6 has one aspect ratio that is rather unusual: 19.5:9. See below. This one is designed to utilize the entire screen. (Aspect ratios are traditionally made relative to ‘9’.)

The camera saves images in JPEG and/or RAW format.

Despite the unique style of camera (and I think that Asus uses its own camera API), other camera apps work with it, mostly.

I have successfully side-loaded the port of Google’s Pixel Camera software; see www.celsoazevedo.com/files/android/google-camera/dev-parrot043, and installed Open Camera from Google Play store. In the case of the Pixel Camera, I also needed to install a configuration file that tells the app what is different about the Asus phone.

By using the Google app, I regain access to features like manual panoramic mode and spherical mode. The much-vaunted night mode is not necessary, as Asus does such a good job. I've even taken streak-free night photos while walking!

Nice phone for sure. In our family, we refuse to pay more than $99 for our cell phones. Getting so many "Spam" voice mails makes my phone a nuisance. I've run out of memory space & can't block anymore phone numbers.

Side thought, I have more Blocked people on Facebook, over 500, than "Friends". Also, breaks my heart to see our teenage daughter with her eyes on her phone 8-10 hours a day.

I prefer the days when taking photos (that languish on Google photos) & talking/texting 14 hours a day on my cellphone was not an option.

I'm off to read a good book.