The Snake in the Garden

Free, as in not-free

I find Apple and its products painful to use, but their closed system has a better handle on security, potentially. If there is a problem of data leakage, it is at the Apple side, such as allowing Google to access data from iPhone, iPad, and Mac users through its search engine. "Google will reportedly pay Apple $9 billion in 2018 and $12 billion in 2019 to remain as Safari’s default search engine," says Business Insider. These are not amounts that anyone pays for mere market share; Google is paying for data collection with a search engine that searches us.

Never mind. Apple locks its operating system to its own line of devices. Google does not.

It licenses the Android operating system to just about anyone, and on top of that gives away a free version that "anyone" can modify, named the Android Open Source Project. We've been the beneficiary of the ASOP version, such as in projects that run Android for Intel CPUs directly on desktop computers.

Give-aways are traditionally seen as a way to increase market share. But Google doesn't need more market share on portable devices: any share Apple doesn't have (and its share percentage is eroding), Google has -- Android runs on 88% of smartphones and tablets worldwide. When the $12 billion Google pays Apple is added in, it has near 100% marketshare, competitive search engines notwithstanding.

Instead, Google's give-away is to ensure world domination in data collection, directly from our pockets and purses, homes and automobiles, offices and stores.

The snake promised that with new information (what happens after we eat forbidden fruit?) "ye shall be as god." Google tempts us with the same offer: having access to all knowledge and so become neo-gods. Being like god has god-like consequences, it turns out.

Brandishing a wide-open kimono has ramifications the free-as-beer software movement hasn't been philosophically prepared able to tackle. Its assumption -- people do nice things when the software is free -- is false, even for hackers only curious about what happens when they try this thingy.

So it should comes as no surprise, then, that Google confirmed that "criminals in 2017 managed to get an advanced backdoor preinstalled on Android devices before they left the factories of [smartphone] manufacturers."

The good news is that the smartphones were Chinese brands we've never heard of, such as Leagoo and Nomu. I think that Blackberry secures its secure Android phones differently from Google; on the other hand, I could see a security intrusion inside the Chinese factories that manufacture Apple hardware and adds the iOS operating system. 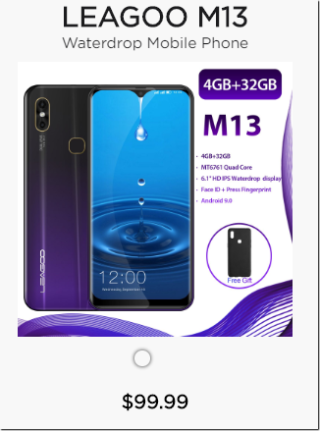 It is further discouraging to know that Android is worse than Windows in needing multiple patches every month -- eight just last month alone. Unlike Windows, Android patches are probably not available for your phone, once again precisely because Android is freely available to all. Some smartphone manufacturers provide updates for two years; many give up after a few months in their rush to punch out new models. There is no penalty for not keeping customers secure, neither on Windows nor on Android.

I've wondered why Microsoft has never been sued for the billions and trillions of damage their achingly insecure operating system has done to business, government, and even households -- especially following its claims before and after the initial Windows NT launch of how secure the "new" operating system was, claims that were eventually proven misleading. (NT was not new, it was based on Digital Equipment Corporation's VMS operating system, and today Windows remains the only operating system not based on Unix.)

Looking for a Headmaster

The whole free software movement suffers from the lack of a headmaster to keep the students in line. IntelliCAD Technical Consortium and Open Design Alliance originally followed that model, but subsequently whipped things into shape following the institution of a strong, top-down leader.

Social media platforms such as blogs and Twitter were designed to bypass gatekeepers like editors, letting people speak directly to people. But in addition to another era of freedom of speech (like this blog posting), it exposed people's irresponsible loathing, which generates overreactions like exploitive fear and encouragement by governments and activists (who formerly were all in for free speech) to endorse censorship.

Joel Kotkin writes, "We have been accustomed to think of technology entrepreneurs as bold risk-taking individuals who thrive on competition, but now we know that it is more accurate to see them as oligarchs."

The plan always was to be monopolies, as Peeter Theil gave away in his 2014 book, Zero to One. The "zero" referred to starting a new firm from nothing; the "one" referred to turning it into a monopoly.

He argued in favor of tech monopolies, saying they could charge more to ensure better products and better service. I wonder if he still thinks that, given that the point to becoming a monopoly is to charge more, and then to do less and eventually eliminate customer service. Do you get great custom service from firms he helped establish, eBay and PayPal?

"Rather than idealistic newcomers, [technology entrepreneurs] increasingly reflect the worst of American capitalism:

The success of tech giants drove up wages, which drove up real estate prices, thereby blocking new upstarts from affording those iconic Silicon Valley garages from which to launch their game-changing products. They've increased homelessness, set people against people, and endangered the security of humanity.