A friend was moving and was throwing out stuff, when he came across his collection of Byte magazines from the early- to mid-1980s. Back then, Byte was the premier computer magazine, nerdy, and thick with ads -- until it was eclipsed by PC Magazine, which for a while was so popular that it came out twice a month, running over 1,000 pages each issue. Ah, those were the days.

I read Byte in those days as well, although never a subscription, just buying it from time to time from the newsstand. One of its ads and product reviews prompted me to buy Turbo Pascal, which was amazing for its time: $50 for an instant run (no compiling) programming language when a such a thing typically cost $500 and compiled slowly on our slow computers. I recall phoning the Borland office in Silicon Valley to place my order, and the receptionist apologizing: "It's crazy around here!" she exclaimed over the noise.

So what was important to computer users in 1985? We learn about it from reading the ads, not the articles. Advertisers targeted our hopes (for better computing) and our fears (over things going wrong) in a way the Byte's clinically-written articles couldn't. 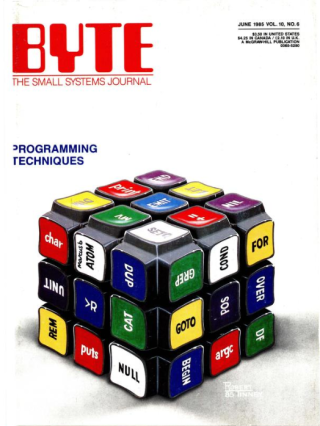 The Agony of 1980s Computing

Compatibility. The 1980s featured an explosion of possibilities at the cost of spending a lot of money on a home computer system that was in danger of being incompatible too soon with whatever standard would eventually emerge. The explosion of possibilities was even more severe in Europe than North America, especially in England, which even to this day features Cambridge as the world center for new computing ideas. (Own a smartphone? Thank Cambridge.) 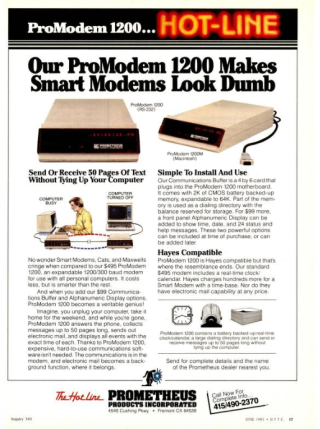 In the US, in the early 1980s, the Z-100 bus running the CP/M operating system on an 8-bit Zilog CPU was the closest there was to a standard for personal computers. Both Zilog and CP/M stumbled in the transition to 16-bit computing, which is when Intel's 8088 CPU and Microsoft's MS-DOS took over, running on IBM's bus design.

We forget that it actually took quite a few years for IBM's PC (August, 1981) to become the standard to which we still hold onto this day. Despite its use of off-the-shelf parts, the PC (short for Personal Computer) was very expensive. When I bought my own personal computer (April, 1983), I paid $6,000 for the computer (on sale at $4,500), a dot-matrix printer ($750), a box of tractor-feed paper, a box of 10 diskettes ($100), and the parallel printer cable ($100). I was paying for a computer that had much better specs than an IBM PC that would have cost me 25% more. Allowing for inflation, it was like paying $15,000 today. What Ads Tell Us

So, in the 1980s, we suffered from the angst of investing in incompatible systems that cost a huge of money.

Flipping through the ads in the 540-age June, 1985 issue of Byte magazine, we learn that the hot topics were:

There even was a small ad for a home robot. One technical article in that issue explained how to wire your own home automation network for turning lights on and off, and so on. The biggest advertiser? Borland. 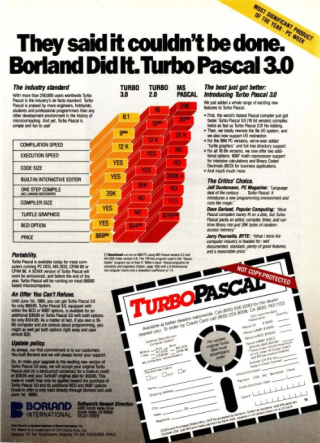 Compare that list of concerns with what we are concerned with today, 34 years later. Advertisers assure us that we need to worry about: 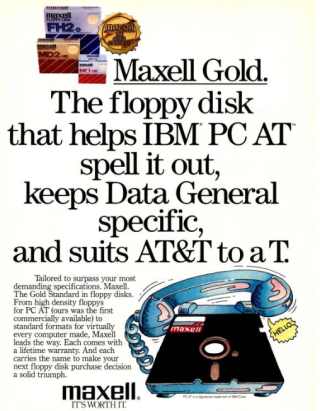 Ah, yes, to receive my monthly copy of Computer Graphics World and flip to my favorite column, "Ask Mr. Protocol." I also remember moving offices back around Y2K and taking the pleasure of sifting through the decade-long accumulation of CAD related journals. I especially liked the crystal ball prognostications...one in particular was the coming obsolescense of monitors on our computers; instead, we were to have 3D holograms of our CAD models floating above our desktops, as if malleable by hand. That was to happen 5 years from the date of publication, sadly, the article was 10 years old.

I'll not even share what I spent to piece together my first PC, let alone continuously update or replace it.

This thought always amuses me: For years people would remark that they haven't used one for years, but to this day, the Floppy Disk icon is a universal "Save" symbol, yet now to a generation who has never even seen one. How does that work?

Thanks for the memories.