As a professional technical writer who often puts into 12-to-14-hour days writing and typesetting, I rely on an excellent keyboard (currently loving AZIO's MGK 1-K backlit, aluminum-bodied brown-switch that is such a joy to use that it makes me just want to type more) and Logitech's MX Performance mouse; see figure 1. I use the MX, because it is a big, tall mouse on which I can rest my hand; has plenty of buttons; feels hefty; and it... 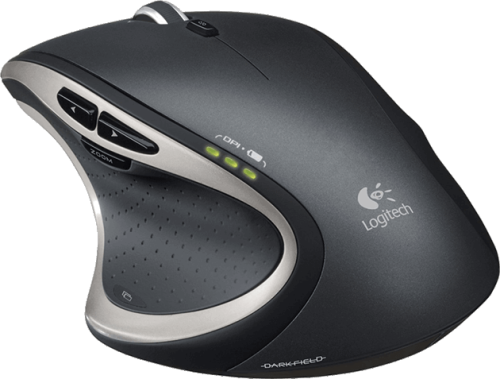 ... switches between freewheel scrolling and clicked scrolling. I keep that mouse mostly in freewheeling scroll mode, because it lets me get through documents and Web pages faster -- much faster than the 3-lines-per-scroll-click that most other mice offer.

But I wear out my keyboards and mice, and replace them every few years. The down-press of the scroll wheel on my current MX mouse no longer works (meaning I can't easily pan in CAD drawings), and so it was time to get the next one.

Perusing the available range of MX mice from Logitech online, I noticed that the top-of-the-line ones were (a) much more expensive and (b) looked somewhat different. No matter, the last two MX mice I bought were identical; this new-styled one couldn't be different. Plus, I was intrigued that it claimed to handle up to three computers at once -- intrigued, because I usually use two (and sometimes three) computers when I am in high-speed writing mode. Having one mouse for all three would be convenient.

I found a returned MX 2S mouse (see figure 2) online for half the usual $190 price (in Canada, incl. tax), and two days later it arrived. The first puzzle was that the box said Logi but the  mouse still read Logitech. Looking online, I could find no explanation for the name change; Logi also is Logitech's stock symbol. 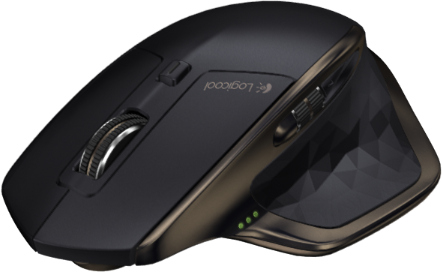 The first worry came while unpacking it. A slip of paper offered to monitor my Bluetooth connections to help if there were problems connecting the mouse. Looking online, I found reviewers complaining about its Bluetooth connection being poor. No biggie for me: I don't use Bluetooth for mice or keyboards, as I find the slow communication speed too slow for my typing and mouse movement speed, and so I use Logitech's wireless connection.

I let the new mouse charge until its third green LED stopped blinking. Next worry: the old mouse uses a standard AA-size rechargeable battery; the new one uses a proprietary, rectangular battery block. I wondered how expensive it would be to (eventually) replace this battery; maybe it wouldn't matter. The AA battery in the current MX mouse hadn't held a charge for a couple of years, and instead of replacing it, I have the old mouse connected to a very thin USB cable full time. I really don't need a wireless mouse, but that's what gets sold these days.

I plugged the mouse's wireless connector into my desktop computer, and there was no reaction: no cursor movement on the screen. Aha! I wondered if I needed to change channels. Under the mouse is a button with an LED each for 1, 2, and 3; see figure 3. I pressed the button, #2 lit up, and the cursor began moving. 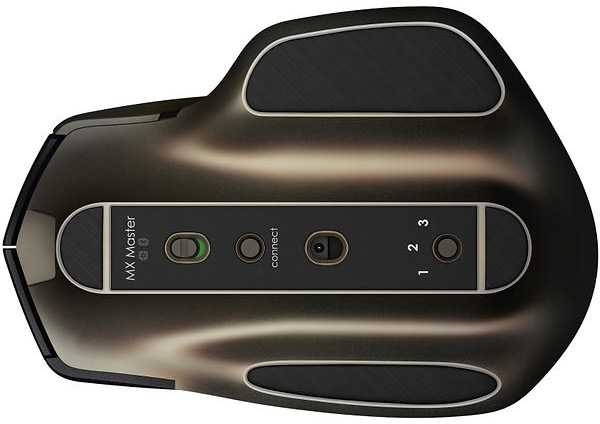 Figure 3: Underneath the Logitech 2S mouse

$190-mice no longer include the software needed to fine-tune their movement, so I needed to locate it online. (Logitech's Setpoint traditional software does not work with the new mouse.) I downloaded and installed Options, the new utility software; see figure 4. This is where the first big letdown occurred. 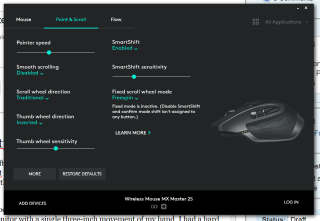 Figure 4: Yes we have no more acceleration

I normally set the mouse for fast movement and fast acceleration. I want that cursor to zip across cross my high-resolution monitor with a single 2-to-3-inch movement of my hand. But now I had a hard time finding the exactly-right-for-me Pointer Speed setting with Options. Worse, there was no setting for acceleration (how quickly the mouse gets up to speed and then slows down). Acceleration is important for when moving the mouse at high speed (it moves faster) and at low speed (it moves more slowly).

At least the Options software retained the double-click setting, which Logitech had foolishly removed from some editions of Setpoint. Yet, that is where the next big letdown occurred: I could not find a convenient button to press for double-clicking among the mouse's six buttons. (I can't map double-click to the scroll-wheel's built-in button, because that eliminates the ability to pan in CAD software.) On the old MX, the side of my thumb taps one of the side buttons; that exact position is no longer available on the new MX.

Figure 5: Side-to-side scroll wheel on the side of the 2S mouse

Side-to-side scrolling is a crucial function for me when I am typesetting my books in InDesign. It obviates the need for the scroll bar in the program. On the old MX, you push the big scroll wheel to the side, holding it for as long as you need for the other parts of the page to come into view.

On the new MX, you need to move the side of your thumb upwards (or down) repeatedly, repeatedly rolling the small scroll wheel until the page comes into view. This wasn't going to work for me. It was the final disappointment.

While using the new MX for the hour or so I had it plugged in, I began to also notice how cheap Logitech's very expensive mouse felt. The old MX boasted a band of curvaceous metal. The new one is all-plastic, with the two main buttons feeling thin. The new one is a triumph of form over function.

Later I heard from a Twitter follower that he too threw his Logitech MX 2S in the trash.

A pattern I've noticed repeatedly is that when technology in a certain area reaches a peak, it then worsens as the marketing department takes product development over from engineering. I first found this after buying a new cassette deck in the late 1980s, and being horrified at how bad new ones had devolved. Devolution has attacked the MX.

The Logitech MX 2S mouse is a throw-away:

I went onto eBay and found someone selling the same MX mouse I had been using for a decade or more. Being a discontinued model, they are going for US$40. I bought two.

Posted at 01:13 AM in Hardware, Impractical | Permalink

I remember when logitech mice had separate x and y acceleration. Very good for different shaped monitors. But they dumbed it down to one setting and now, to no setting.

I used the logitech left handed mouse fo0r years, buying one ofter the other as they wore out, even bought the switches and soldered new switches in, after new mice were not available.

With the advert of really good usb mice these days, my next mouse will probably be a frankenstein home-made version suitable for left handed use. Not how I wnat to spend my time, but looks like it is needed. For a driver, the best one out there is the one given out with the warmouse. Has all the features you could want in a driver, too bad the mouse itself has some problems with the scroll wheel design,

Buy a few more backups. The last time Logitech stopped making my favorite mouse I could only find used models for $400+. People knew the new model was awful and knew what they had.
I also hate the MX 2S. Luckily I also wear the IT guy hat and have hoarded 3 spares since I go through them so fast.
Lastly, that shiny metal band is actually some kind of plating on plastic. My "metal" is partially worn off showing some translucent white plastic.

I also found the exact same to be true, returned the poorly functioning new Logi Mouse, Its smaller size was a huge disappointment. Still using my trusty old Performance Mouse!

Acceleration is applied using the "Enhance Pointer Precision" under Windows 10 Settings, Devices, Mouse, Additional mouse options, however, once you close that window, the acceleration is lost as the mouse defaults back to Logitech's restrictive software. I am having to use my PC with the mouse options continuously open. This is totally crazy! Any further suggestions welcomed.

I just switched to a new PC and I noticed that the pointer speeds with my MX Ergo are finally fast with Options, Brendan... So I no longer have to keep the mouse-settings windows open as I have for the last 3 years!

Excellent article! I've just returned an MX Master 3 mouse as defective (after 2 weeks of testing) that suffered the same problems reported here on the 2s. Ultimately for me, these were the top problems I had with it:

- Options replaced Setpoint & lost important features such as acceleration (which makes it nearly impossible to move quickly across 2 large monitors & still be able to accurately select fine/accurate details).
- Non-replaceable battery (as opposed to the AA battery in my Performance MX).
- The incredibly poor quality of Logitech's customer support (email only, days for each reply, inability to communicate clearly or accurately respond to each individual problem or question) and their unwillingness to offer any sort of help to repair or replace my far superior Performance MX mouse with a failing left-click button.

You are correct: "Devolution has attacked the MX", and it seems to have also permeated Logitech completely.

Ultimately, however, I am grateful for Logitech's failure because it forced me to look deeper into my other options & allowed me to give my money to another company that I would not have otherwise considered & one which seems to listen to it's customers. I have just spent twice as much money with 3Dconnections for 2 of their products (SpaceMouse & CadMouse) which seem to have consistently received good customer reviews.

Tottaly agree, there was no need to change a perfect product. No matter how many "s" and master marketing gimmicks they throw at this, the mouse sucks. I want my performance mx design back.

Good Lord, what a rant! Not defending Logitech in any way but it sounds to me like you should dedicate a little more time to getting used to the features of your new mouse and a little less time reliving the glory days. I'm just sayin'

@Horace: the acceleration feature is missing in Logitech options, which makes the mouse unusable for larger monitors and precise professional applications. There is no getting used to a feature going missing. Logitech has known about this for many years and did nothing.