« Alexander Yampolsky: A Third-generation 2D Editor | Main | This is what it's like using a $30 smartwatch »

While  reviewing Charles Simon's book 'Will Computers Revolt' in the December issue of upFront.eZine, I conducted research on the topic of The Singularity. This is that moment when computer are smarter than us, and so it could make sense to transfer the contents of our brain to a computer. When paired with a robot, we could perhaps live forever -- or so goes the theory.

For some atheists, The Singularity is an article of faith, because they are not allowed to believe in any kind of afterlife. People who believe religions are valid have no such problem: they are pretty much uniform in their thinking. First you die, then you gain eternal life in some blissful state -- although some religions, like Hinduism, don't guarantee nirvana as much as other religions do.

So it was pretty interesting for me when I came across an article in Medium about religions trans-humanists. These would be people who want to gain eternal life before they die -- while they are still alive.

Meet the Mormon Transhumanists Seeking Salvation in the Singularity describes a group of about 1,000 Mormon trans-humanists who wonder whether they could become like God through technology and live forever now. (The article is written by a former Mormon missionary.) A now-controversial doctrine of Mormonism is that God was once man, and so man can become like God. These folks wonder if they can shortcut the process. Interesting: while trans-humanism uses technology to enhance human capabilities, the humanism part rejects religion.

So that got me to thinking. Imagine a future when, following The Singularity, trans-humanist atheists have their doors knocked on by trans-humanist Mormon missionaries, like forever.

I figure fantastical goals like The Singularity and flying to Mars are ways for people who don't like other people to avoid those other people, and then live as robots or on Mars until the people they don't like die off. Or something.

But then I mix that in with the chance that the people you don't like also becoming robots and living forever, or landing on Mars with you, and so instead of arriving in the heaven of your design, you end up in the hell of your making. That'd be annoying. 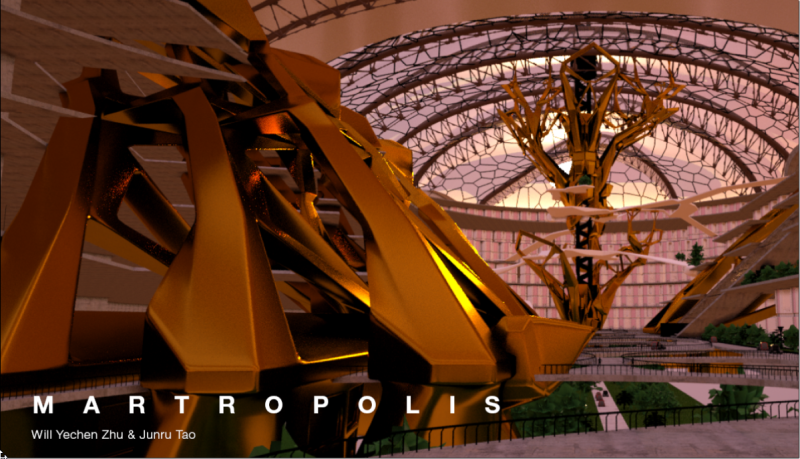