« Archive: Graitec vs Autodesk | Main | In our brave new world, our cell phone number is the new SIN »

Last year, ANSYS released Discovery Live, a real-time FEA analysis program. Last fall, PTC announced it would incorporate the software in their Creo CAD program. In February, it was released as an add-on to Creo, called Creo Simulation Live. PTC and ANSYS held a Webcast to describe how it works. Here are my notes from the event:

Taking in this morning's Webcast on ANSYS integrating its simulation and analysis software into Creo CAD software from PTC, starting with the real-time Discovery Live. Over 2,000 are listening in on the Webcast. 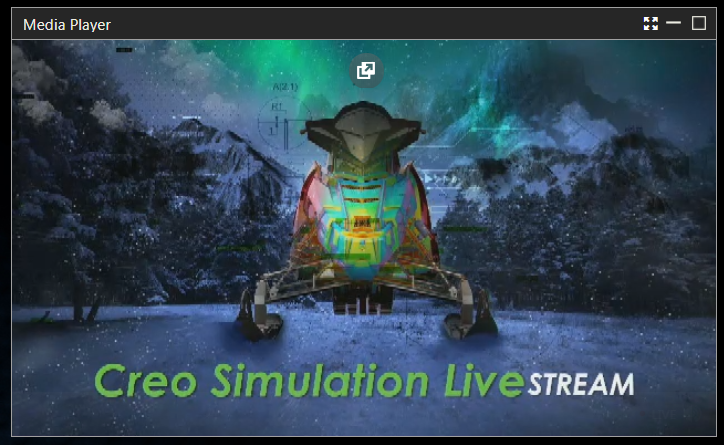 Some 50 years ago, ANSYS brought the first structural solver to the market; since then they have been working on simulating every physical process. As well, they are trying to expand the number of people who can use their software from just a small group of specialists. "It is rocket science, after all."

Simulation is the last technology that needs democratization, says ANSYS -- and repeating a line Autodesk used at one time. (Some would argue that simulation is too important to leave for anyone to run.) A $500 graphics card today has more compute power than a Top-10 supercomputer in 2005, and that is the technology ANSYS uses in Discovery Live, its real-time FEA software.

"We sped it up by 1000%", says ANSYS, speaking of the analysis speed of Discovery Live, which uses the GPU, not the cloud; in addition, they gave it a simple user interface: "Simulation being used by every engineer." The next gen of engineers will say, "Of course" and take realtime FEA for granted.

The manufacturer of giant LED billboards describes how real-time FEA saves weeks in back and forth between structural engineers and the analysis team. "It's going to be a powerful product, once we introduce it throughout the organization." It allows engineers to play with what-ifs.

Using Creo Simulation Live to see if the I-beam used for static billboard hangers can also be used for a new design that rotates the billboard. In this case, a slightly beefier I-beam was needed.

Now we are getting more demos of real-time analysis by PTC in Creo Simulation Live, five of them in a few minutes. Probably the main benefit is that the model does not need to be prepared for FEA (meshing, cleaning up, translation), as is currently normal.

As I see it, the next step is for the software to adjust the model to eliminate the red zones automatically (areas where the danger of breakage is greatest). Right now, the engineer has to manually make the changes, do another FEA, make another change, do another FEA...

In some cases, "real-time" analysis takes a few seconds to calculate for a complex model like the one shown below, but still it is fast. 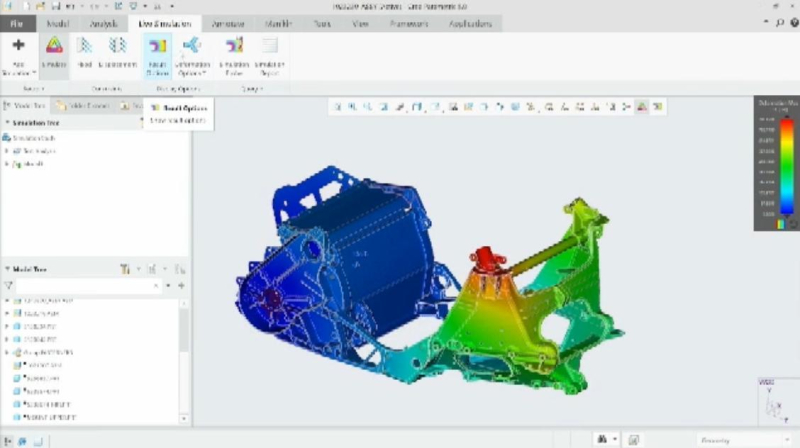 Disappointing that PTC did not discuss its future plans for integrating more of ANSYS software into Creo, as the company's ceo has already stated. Also, no Q&A session was allowed.

Posted at 09:15 AM in Computer-aided Design: NEWS | Permalink