« This is what it's like using a $30 smartwatch | Main | Archive: PTC introduces live FEA from Ansys »

Last summer, Graitec Group released AdvanceCAD, an AutoCAD workalike. although I did not hear about it until another editor learned about it during Autodesk University. Here is an announcement from June: 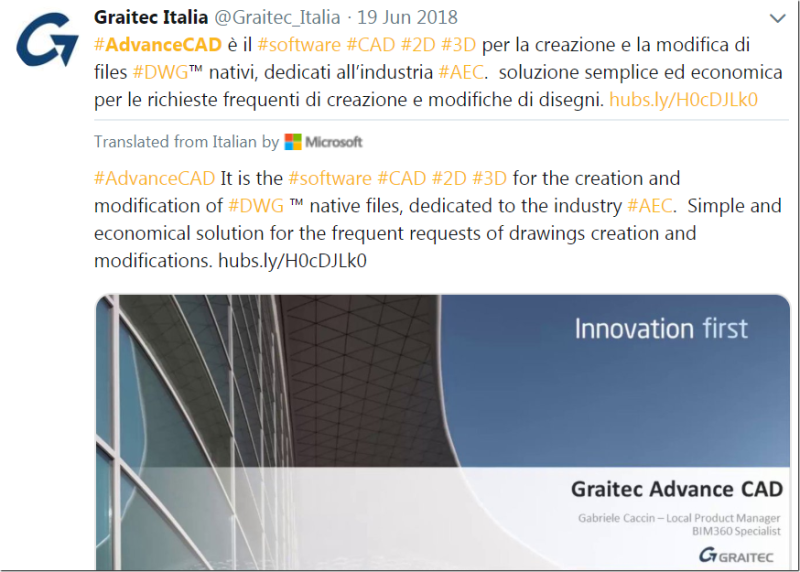 Like other large software companies that sell specialized applications for CAD verticals, Graitec depends on AutoCAD to run their software. But over the decades, Autodesk undertook undesirable tactics like cutting dependent vendors from its API program (as happened to Cyco Automation) and switched to subscription-only licensing, which is at odds with developers whose policy is to provide permanent licensing (such as Hexagon). Or maybe the developers want to be more competitive in the marketplace by reducing the cost of licensing fees (Autodesk w.r.t. ACIS).

And so it comes as no surprise that large third-party developers think about underwriting an insurance policy on themselves -- as DCA Engineering did in the past -- as now Graitec appears to have. The insurance policy works like this:

If Autodesk were to cut us off at the knees, we will put on our AutoCAD-DWG-API prosthetics.

Why Insurance Policies Are Needed

I downloaded the AdvanceCAD software and found that it is based on IntelliCAD, no surprise.

Why did Graitec customize IntelliCAD for itself? The opinion of one insider is that maybe if Autodesk were to pay its dealers less to do the same amount of work, that would be perhaps a reason to bolt? Graitec is an Autodesk Platinum Partner, developer, and training center with 50,000 customers.

But now the link to the download is gone (h/t MD). No surprise, given that it probably shouldn't have gone up in the first place. An industry insider relates that Autodesk told Graitec to deep-six the AutoCAD clone.

(While the link from the main page to the AdvanceCAD 2019 download is removed, the download files are still available on one of Graitec's sister sites. If you downloaded it before, you can return there. I'm not saying any more than that.) 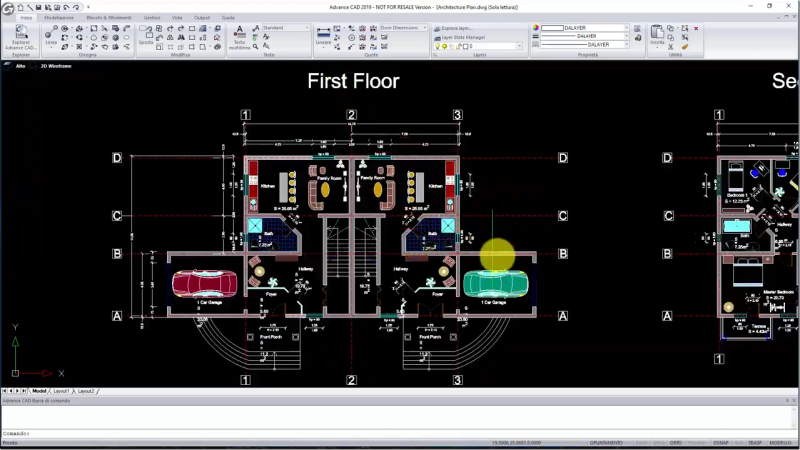 (Screen grab from video by Graitec Italia
at https://www.youtube.com/watch?v=SmTx0TI6dj4&t=2s)

It is interesting to me that Graitec revealed the existence of AdvanceCAD in the first place. Might it not have made more sense to keep it a skunkworks project, as DCA Engineering did? Well, keeping the original AutoCAD replacement a secret didn't turn out so well, as the messy history of IntelliCAD's birthing relates. In my opinion, two factors are at play.

Graitec saw how three years ago Hexagon ($4 billion in sales) worked with Bricsys to port CADWorx to BricsCAD, and then last fall bought the company outright to replace AutoCAD. CADWorx users can keep on using AutoCAD, but the next release of CADWorx will include a copy of BricsCAD to save customers $1,575 annually.

The other factor is that Graitec is sending a message. Graitec is letting Autodesk know that it has a contingency plan in place, should Autodesk pull a Cyco on Graitec:

You can pick which side is saying which line.