I already have a great phone, why'd I get another one?

I am so thrilled with my ASUS ZenFone 3 Zoom that I cannot image a better phone on the market today. It has these functions that I love about it:

It has its faults. The camera API was written by ASUS and is slow to start up. I've missed shots. Two rows of pixels at the bottom of the screen are always lit (a problem reported by other users), and with last week's update a new bug arrived, in which the phone turns on its screen by itself and doesn't turn it off.

With all the hard work I've been doing this fall, I decided to treat myself. First I eye'ed the Skagan Falster 2 smartwatch, but the price in Canada remains stubbornly high, and the Skagan site in the USA (20% off for new customers!) won't ship to Canada. During Black Friday Month sales (yes, now here in Canada too), I eyed a number of new cell phones priced ridiculously low. But none beat my ASUS.

Then I came across the Blackberry KEYone for the equivalent of US$300 in the Staples flyer with 32GB storage RAM. Same price as that Skagan watch, but could I do better? A brief time later, I found it on eBay for the same price, brand-new, free shipping, but with 64GB RAM and 7% less sales tax. 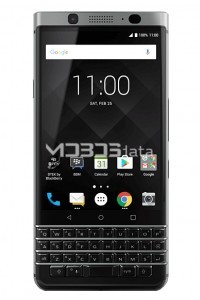 The KEYone returns the famous Blackberry keyboard to a pure Android phone -- plus Blackberry's security software. That made it distinctive enough for me to splurge on. While I sometimes get hardware free for being a technical writer, I will buy stuff just to try it out -- like the awful stand-alone touchpad or the unused VR goggles. The phone arrived after week, after delays from the on-going rotating strikes by Canada Post employees.

The KEYone runs at the same speed as my ASUS Zenfone 3 Zoom (2GHz), was immediately updated to Android 8.1 (a 1.4GB download), has the 64GB storage RAM, and 4GB operating RAM. It takes two SIM cards (good for my international travel) or one SIM and a microSD memory card (up to 2TB).

More specifically, it is the BBB100-7 model that I ended up receiving; I didn't know there were varietals. I am not 100% sure how it differs from other models in the KEYone line, but I see that another model has just one SIM card but 6GB operating RAM. (I'd rather have the two and 4.) Some models are specific to certain regions of the globe.

It feels solid, but a bit on the heavy side and somewhat top-heavy, which is unfortunate. It has an aluminum frame and a rubberized back. Also has a hardware function button that I haven't figured out how to customize, and that I keep pressing accidentally due to its placement.

In terms of multimedia, the single-lens camera takes good quality photographs, and the sound of the music playback is excellent.

The hardware keyboard will take some getting used to. It removes some of the area normally used for the screen, and I am spoiled by the big screen on my ASUS phone. Sometimes the software keyboard appears as well, so then the free screen space is tiny!

I'm not finding Blackberry's security software particularly useful, but I might use this phone should I travel to privacy-unfriendly countries next year. I had already been using the Blackberry software keyboard on my other phones, because it is superior to most others.

Getting it reminds me of how time consuming it is to fine-tune a new phone. Google offers to transfer over files and passwords but does a surprisingly incomplete job. For now I'll just use it for multimedia and playing around with features I haven't uncovered yet.