This One Flaw Dooms the Aurga (Updated)

(For update, see end of this posting.)

When I last wrote about the Aurga remote camera controller (see http://www.worldcadaccess.com/blog/2018/06/aurga-remote-camera-controller.html) , it wasn't working. It would not connect to the camera. Aurga tech support promised me that a software update coming soon would fix the problem.

(Aurga is a remote controller that sits in the DLSR's hotshoe, connected to the camera with a USB cable. See figure 1. Their app runs on an Android or iOS device, with which you control the camera remotely via a local WiFi connection.) 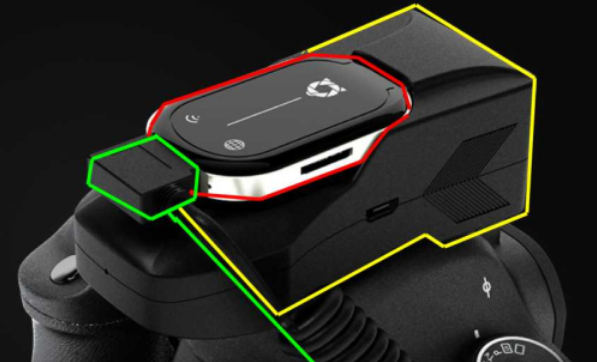 The software update turned out to be for the Android app. (I had thought it would be a firmware update to the controller unit.) With the update, the app now connects to the controller, showing me information about the camera, in my case a Nikon D3100. The primary purpose of the app is to control the camera, such as changing settings (shutter speed, aperture, photographic modes) and taking pictures, such as in timelapse and multiple-image modes.

With the app working, I found that several remote functions don't work with the D3100, including the all-important live view. (See figure 2.) Live view is where the app shows on the Android screen what the camera lens is seeing. This one flaw dooms the Aurga. If you can't see remotely what the camera is seeing, then there is no point to the Aurga.

Not only would live view show the image being captures, but also the settings that affect it, such as how bright or dim the image is. There isn't even a non-live live view, such as a one-time static image updated, say, through a refresh mechanism.

A few other Aurga controls also do not work with the D3100.

I suspect the problem lies in which functions the camera manufacturer makes available via the USB connector, and so Aurga programmers have no control over which functions can be controlled by their app. This problem does not, however, absolve the company of failing to warn consumers of reduced functionality.

Aurga is not the only remote camera controllers on the market.

Thanks for your detailed reviews. About the live view features. We are making a list for the functions like:
1. Live View
2. Change Mode
3. Auto Focus
4. Manual Focus
5. Change Focus Area
6. Bulb
7. HDR
8. Shooting
9. Timelapse
10. Focus Stacking (Base on Live view and manual focus)
11. Video
12. View Live View
The list is not finished yet. We are still confirming some models. For some old cameras like Nikon D80, D3000, D3100. They doesn’t support live view natively (on camera LED), Aurga doesn’t support too. Anyway, that is true we have to make the feature more completed on website.

Posted at 01:37 AM in Digital Photography | Permalink

If your D3100 is same era as the D60 I'm using, Live View sadly doesn't exist on the camera itself, so there's not a hope of Live View on Aurga or any other ap - for instance not on PC-based Digicam Control which I use. So not Aurga's fault.

I think the blog entry is spot-on.

It may not be the fault of the Aurga engineers that some functionality is not exposed by the camera manufacturer to the device, but Aurga launched a kickstarter with people pledging money on the basis that that functionality would be present.

There are no happy stories emerging from the Kickstarter campaign right now because Aurga is not meeting the expectations of those who have pledged money for the device.

I think Aurga were not clear about the state of software development nor that the device would have limitations according to the users camera.

I had one of the earlybird pledges for the device and I'm very glad that I cancelled my pledge.

I may give this item to my professional photographer daughter, who has two newer high-end Nikons, and maybe it can be of help to her in her work.

'what about long exposure