How to place dimensions in Bricsys Shape

Shape is a new Windows CAD program from Bricsys that is meant for 3D modeling. Its inspiration was SketchUp (from Trimble) and its purpose is to do conceptual design for input to BricsCAD BIM software. However, for students, casual users, and architects doing pre-design, it stands alone. 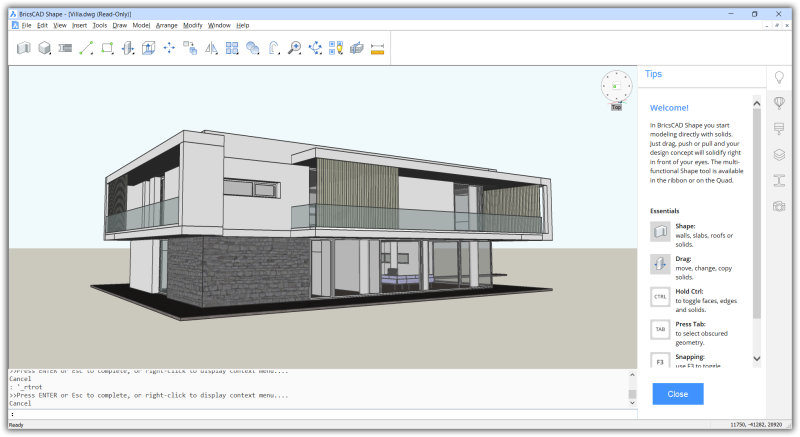 A BricsCAD drawing opened in Shape

It is free, and it reads DWG files, as well as starting new models from scratch. But it does not read BIM data from existing BricsCAD BIM files. Download it from https://www.bricsys.com/en-intl/shape/

I have down loaded Bricsys Shape and given it a brief trial. It seems to be well thought out and has some interesting features. However, if it is to be a serious rival to SketchUp it will need to have the capability to add dimensions. And it's a pity that you have to keep hitting the Enter key after every action, a la AutoCAD.
- P.H.

Shape is a stripped down version of BricsCAD, and so the command-line interface is the same. So, yah, press Enter. In fact, you can press Ctrl+9 to expand the command line to the usual five-line height, and then you can customize it further by right-clicking the command line and choosing Options.

Placing dimensions is possible with a workaround, but it is awkward. In short, you draw an aligned dimension (DimAli) or other dimension in BricsCAD, and then copy and paste it into the Shape drawing. 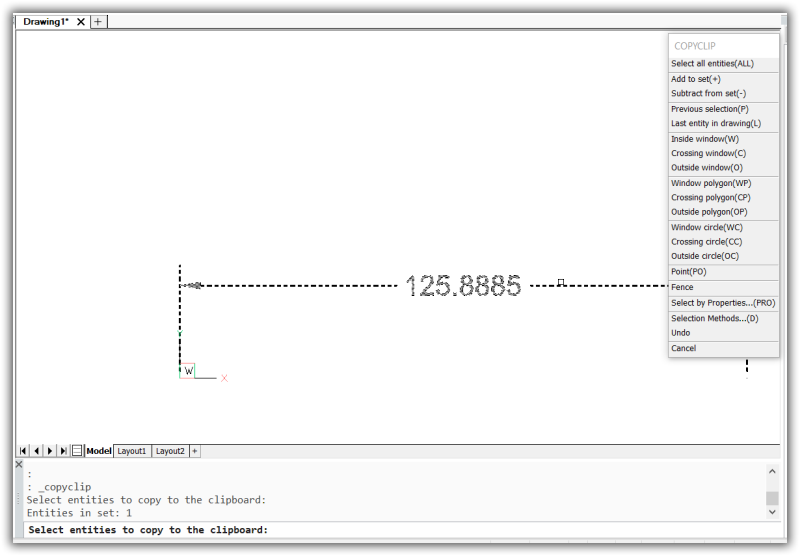 Dimension drawn in BricsCAD being copied to the Clipboard

Dimension being dragged into position in Shape