BricsCAD Platinum is the top end version of BricsCAD, and as such offers 3D constraints, design intent, and other high end functions. Naturally, it costs more than basic BricsCAD, but still far less than AutoCAD that doesn't have them. For V18 (to be released in November), BricsCAD Platinum get the following new functions: 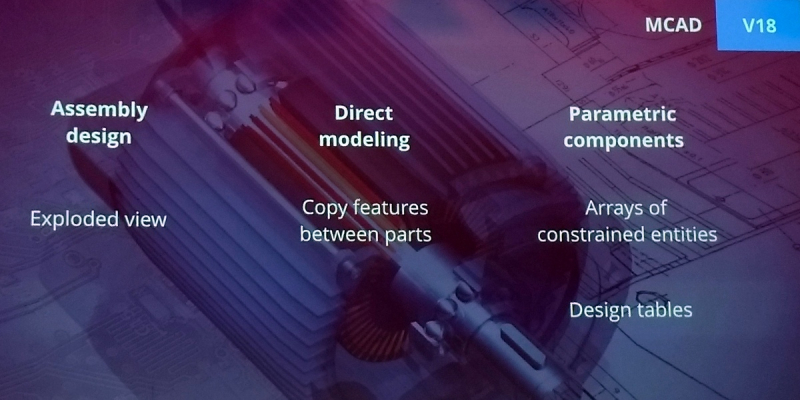 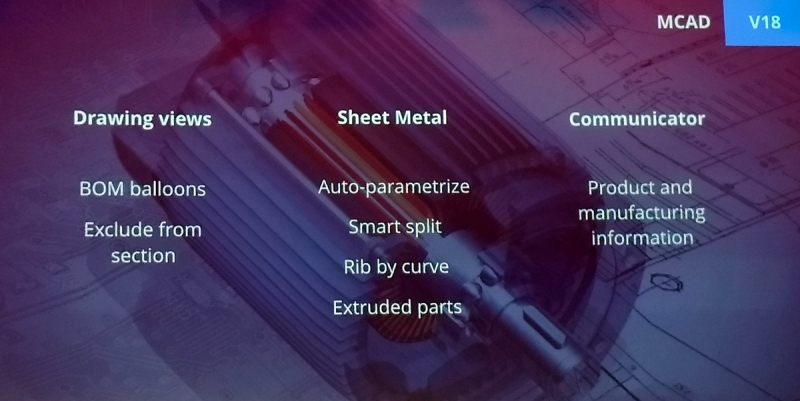 Communicator is the extra-cost translation add-on for Bricsys Pro and Platinum for translating drawings.

MCAD and BIM Editing in One

At this conference, Bricsys is making the remarkable claim that BricsCAD is the only CAD system in the world that can do MCAD and BIM design in the same model (and the same file format, DWG). The demo they are showing is of changing the design of a parametric elevator inside a building model. In this tutorial, they replace the elevator's motor by importing a new one from Solidworks, and then making changes to the elevator to adapt the new motor. 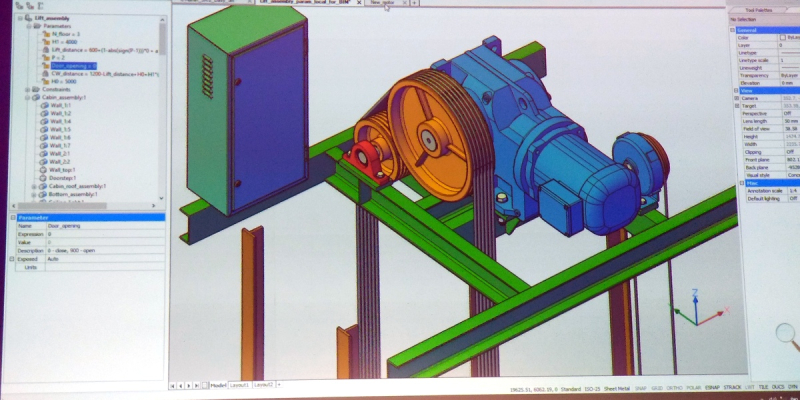 Posted at 05:47 AM in Travelogues | Permalink