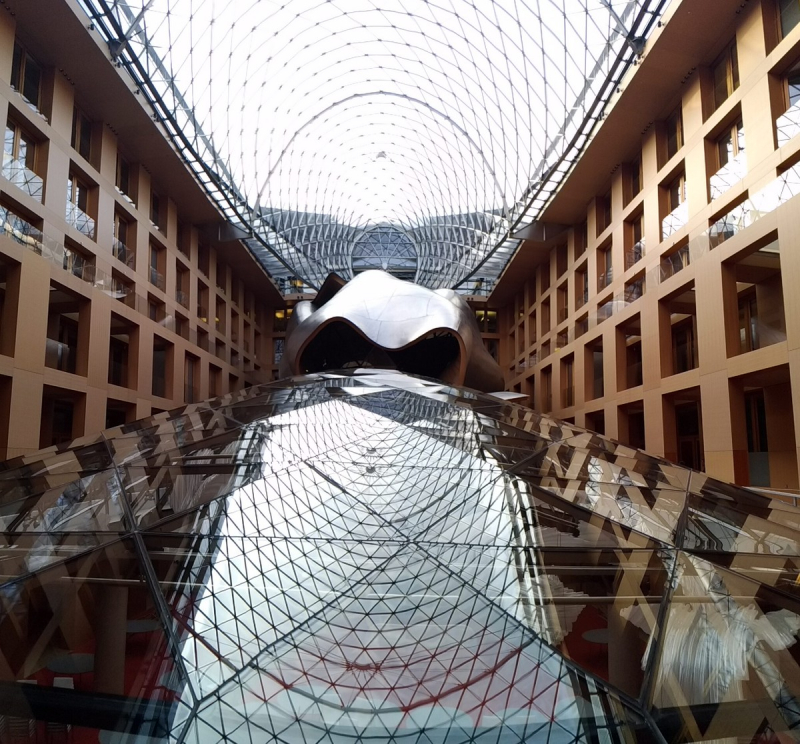 Alright, here we are waiting for the start of Graebert Annual Meeting 2017 here in Berlin, Germany. The conference got its name from history, in that it began as literally an annual meeting for staff of Graebert Gmbh. A few years ago -- maybe five years ago? -- they decided to start inviting the CAD media to better publicize the company and its software.

Partners who OEM the ARES software or its technology -- Corel with CorelCAD, Dassault Systems with DraftSight, Onshape with the drafting component, and others -- present, and this year for the first time third-party developers will be presenting their add-ons.

The conference is a day and a bit. Today are the formal presentations, while tomorrow is devoted to one-on-one (or one-on-many) meetings. There is time for the CAD media to interview the ceo of Graebert for an hour, something that is appreciated by the CAD media, as many CAD ceos don't have time to speak directly.

One of the features of this conference is that it is held each year in a spectacular location. This year it is in the Axica conference center, located in a bank right next door to the American Embassy. In the figure above, we see the exterior of the conference center inside the walls and windows of the bank, Being inside a bank, the conference center is smallish, but remarkable, having been designed by Frank Lloyd Wright. You know the drill: he crumples up a piece of paper, and his staff has to replicate it in CAD. See figure below. 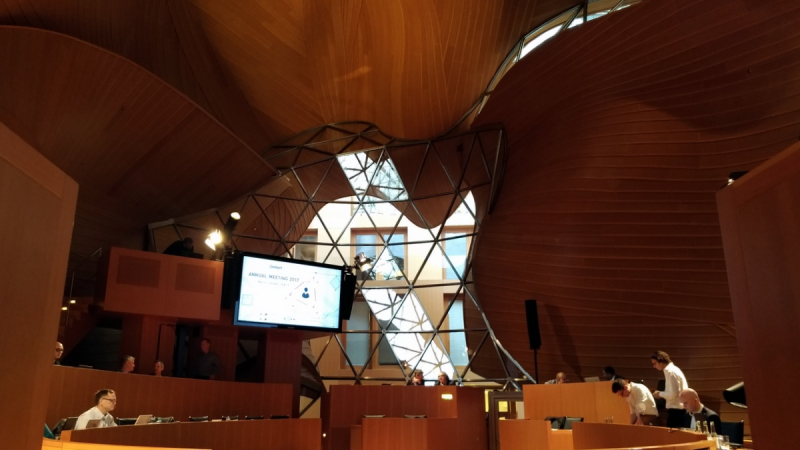 Graebert is the #2 CAD program in Japan, after AutoCAD.  The company is also concentrating on India, with a roadshow planned for December. The company itself is growing through hires and geographically.

"Trinity" is the name of the unique approach Graebert takes to CAD:

Three of the top 5 construction companies in Japan use ARES, but when they learned of Trinity, they realized that Graebert was more than just a me-too product; that it is a viable competitor to the market leader. "AutoCAD is being replaced when new employees join the company, and when computers are replaced." Just yesterday, one of them said that they are replacing 2000 computers, each with ARES. On the other end, some firms have thousands of old laptops, on which ARES runs more efficiently than AutoCAD. 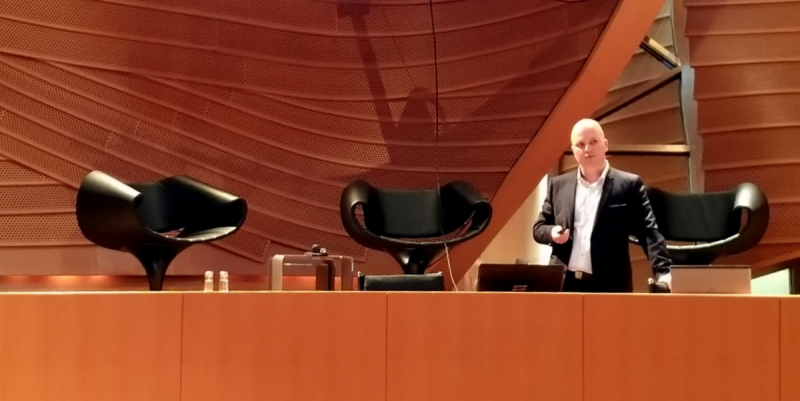 [Disclosure: Graebert provided some of my travel expenses, accommodation in Berlin, and some meals.]