A second monitor for your laptop

I was envious of editor Roopinder Tara having a second monitor for his laptop. I believe that it was an add-on from Lenovo, who also made the laptop. When we editors are into serious writing and editing, two monitors are a must! Some guys use the LCD tv screen in their hotel rooms, but they aren't particularly portable.

And so year or two ago, I looked into getting one, but they were priced like $1,500 -- shocking, given that it is basically a laptop-less screen!

On a whim, I last week checked again on eBay to find that laptop monitors are a more reasonable US$200 or less. I picked the S1 model from Sibolan, because I wanted a screen roughly the same size as the one on my HP Spectre laptop, 13.3", and with HD resolution (1920x1080). It's a handsome unit. See figure below. 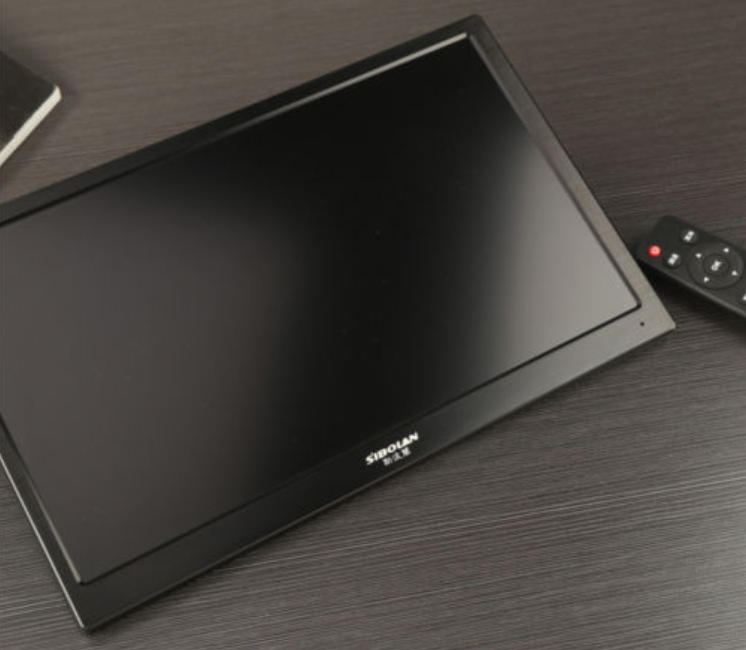 The frame is aluminum to help protect it during travel, and it comes with a neoprene case to  protect it further. The weight is 800g (1.8 pounds), excluding all the accessories.

Side and Back. It has its ports along the edge. In the figure below, from top to bottom, these are: 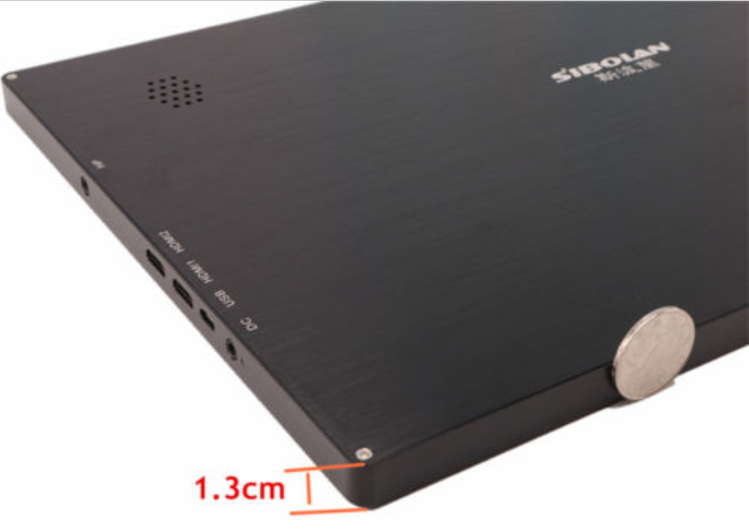 (Because HDMI carries both video and audio, this monitor is able to play back sound through headphones or its speakers. I did not test the sound capabilities.)

A series of buttons on the back of the screen toggle the power and control the menu. The buttons are really awkward to use, so it's good the monitor includes a remote control. The back also sports two threaded non-VESA-standard screw holes -- for a stand or wall mount? -- the vendor does not say.

Accessories. Speaking of accessories, the package includes the following items. In the figure below, left to right, these are:

Here is what I learned using the monitor:

Power. I can power the monitor with the included power supply, but there are two portable alternatives Ican use in the field.

Mystery USB Port. There is a USB port in the monitor, whose purpose the minimal instructions don't explain. I plugged in a smartphone, and it began to charge it. I checked the vendor's Web site on eBay to find that it warned against plugging in a smartphone to charge it! I suppose that it would draw so much power that the monitor might not work correctly.

The Web page indicated that the USB port was a OTG port, short for "on the go," a not-so-clever name for being able to plug in portable storage devices, like thumb drives and portable hard drives. I attached a thumb drive, but the monitor did not react to it. So I really don't know what the port is for.

Remote Control. The remote control makes it easier to change settings (like volume, brightness, and menu) than the rear-mounted buttons. I had to supply the two AAA batteries. I wish the remote were a mini one, sized like a credit card, and not full size, for greater portability.

Using with Cameras. The vendor notes that this monitor can be used with any device that outputs HDMI, such as gaming consoles and cameras. I can see it being useful for photographers and videographers to preview their work in the field.

I tested it with a Nikon DSLR. Digital cameras have a miniHDMI port, usually, and so I found an adapter for the Nikon -- miniHDMI for both the camera and the screen. It was wonderful viewing images from the camera on a large, bight screen -- as compared with the small, dim screen on the back of the back of the D3100. Given that the monitor has two HDMI inputs, a photographer could switch back and forth (with the remote) between two inputs, such as camera and laptop.

I am using the monitor right now to help write my latest book, and it works well. I was able to match the color and brightness quite closely to that of my laptop's screen. I'll take it along when I next head to Europe to see how it travels. But there sure are an awful lot of accessories to haul along!

I was able to save some space by substituting accessories. The bulkiest item is the power supply.

These kinds of portable monitors are available in other sizes, such as 15" and 17", and other colors, such as red and blue. The best way to find one is to search eBay for Sibolan.

Posted at 01:15 AM in Digital Photography, Hardware | Permalink

I just wanted to quickly say thank you for making this as it helped me fix a problem for one of my clients! Keep doing your thing!

Kind regard, Charlie from Computer Repair Nerds, Victoria BC branch