The Open Design Alliance has been leading Autodesk. The CAD vendor initially refused to release a DWG read/write API, saying DXF was sufficient; but when it saw that ODA was doing well, it countered with its RealDWG API. There is no stand-alone API for dealing with Revit data, until the ODA began developing it; Autodesk has not (yet) responded to it.

Now the ODA is extending DWG's capabilities with revision control. This is essentially an unlimited undo-redo system but with a few more functions -- such as check-out, submit, merge, and update to revision.

The idea is to be able to save progress of your work, restart from any state, develop two or more versions of drawings in parallel, work collaboratively. See the image for an example. 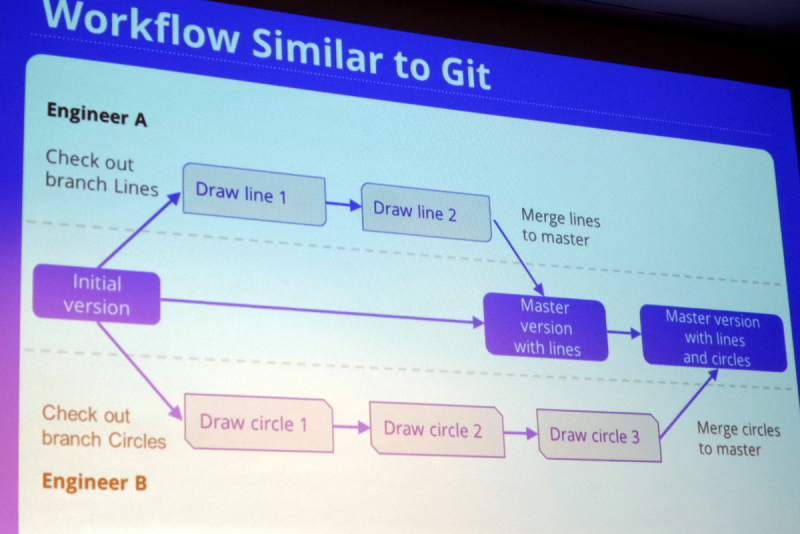 Version keeping data is stored in the DWG file, but the version history and .dwg data is kept in a repository file. The oldest version is at the bottom, the newest at the top.

This allows multi-user editing, because an unlimited number of branches are permitted. Going a step further, it allows distributed working, where engineers are working in two different locations, with the database being in a remote location. It also handles conflict resolution, such as the same circle is changed by one user to 30mm and a second user to 15mm: the conflict is displayed for users to chose one. 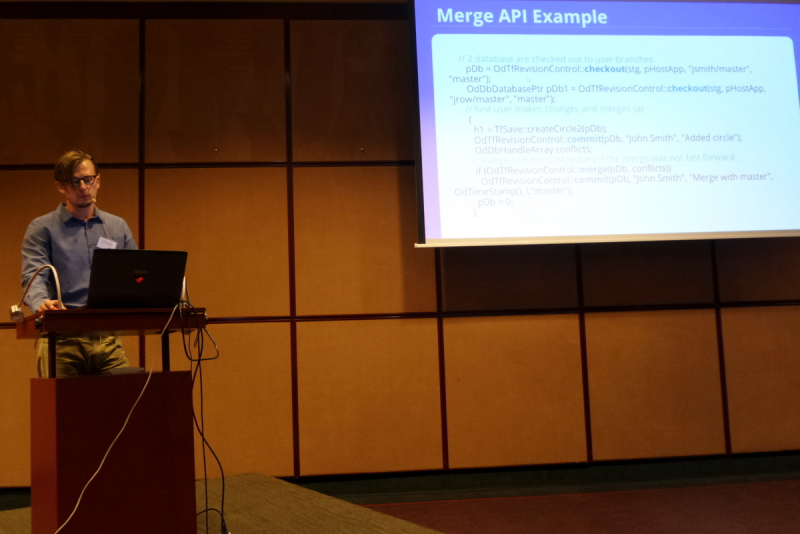 Branches are shown in different colors, along with a description of what changed and a time stamp. If this seems to be similar to Onshape, that is no coincidence. ODA has worked with Onshape to figure out how to apply revision control to DWG.

Each branch has a name: there is a master drawing to which branches can be merged. You can compare what was done between revisions, like drawing compare in other software. During collaboration, both users see the same branch pattern. 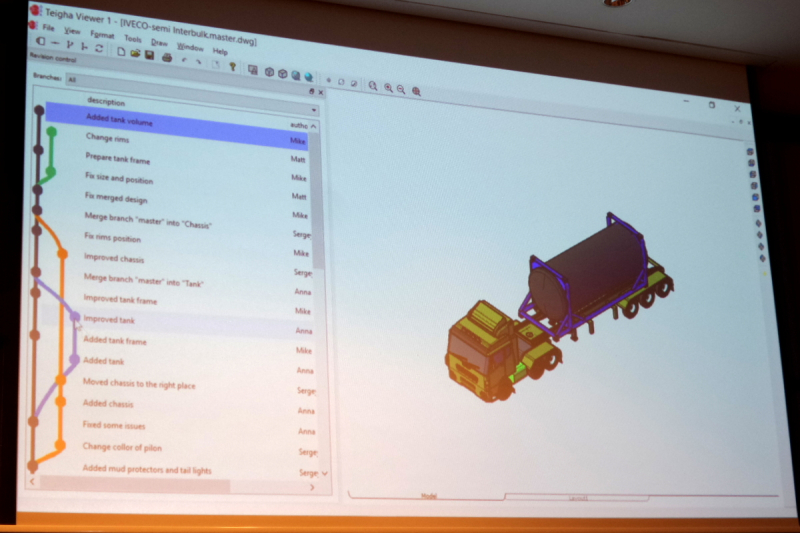 Posted at 05:26 AM in Travelogues | Permalink