It used to be that workstation makers made their own CPUs. I suppose Oracle-owned Sun is the only one still doing so, called the SPARC. Integraph was the most interesting, as in the 1980s they designed their own CPUs to power their own workstations on which to run their own CAD software. An Apple before its time. (Intergraph benefited financially later in its post-hardware era when courts in USA and Germany found Intel stole intellectual property from Intergraph for use in the wildly-popular Pentium CPUs.)

By relying on Intel and AMD, workstation makers limit the power of their machines to whatever Intel and AMD decide to offer. It also means they cannot announce new computer models until Intel and AMD give the OK, and so that means we see a rush of releases from all the vendors at roughly the same time. Very monolithic.

And so last week it was HP's turn to brief the press on their latest hardware: three updated workstations plus a curved monitor. Even though HP is helpless when it comes to advances in CPUs, their design center in Fort Collins USA can keep improving nearly every other aspect of workstations.

The new top-of-the-line model is the Z8, of which HP boast "Users can run 3D simulations and edit 8K video in real time with up to 56 processing cores and up to 3B of main memory, 3x the capacity of its predecessor." The price starts at $2,439 and you can imagine that those three terrabytes are going to multiples more in cost. For the official brochure, check out http://h20195.www2.hp.com/v2/GetDocument.aspx?docname=4AA7-0863ENUC 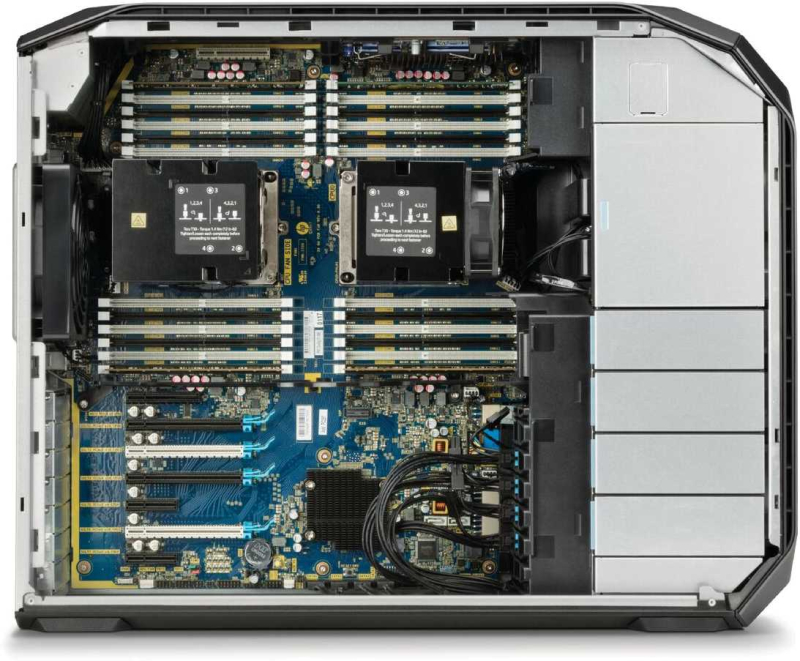 Looking inside the Z8
(all images from HP) 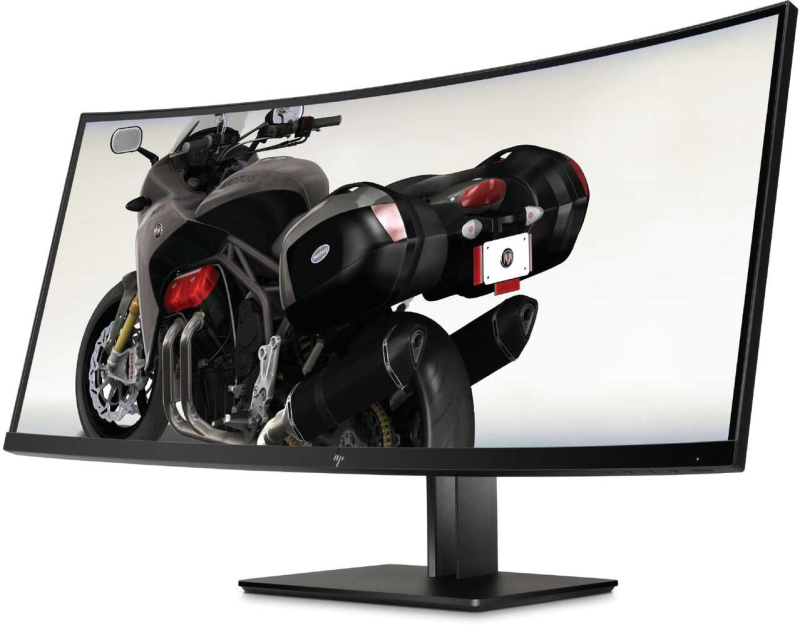 The new wide monitor from HP

Q: Are Thunderbolt ports supported at all?
HP: Thunderbolt 3 add-on cards will be made available after launch; USB-C ports are standard on the front and rear of the chassis.

Q: Do the new computers support u.2 drives?
HP: We are investigating them, and exploring customer demand. We already support m.2 drives. [U.2 connects solid state drives by using up to four PCI Express lanes.]

Q: How many slots can take a single-width card?
HP: Up to 4 single-wide PCI cards, depending on the model.

Q: How are PCI cards mounted?
HP: There are rails for the cards with clips. The raisers are a kind of proprietary method for how we attach cards to the bus.

Q: What use are the two blanking panels in the front?
HP: They are standard 5-1/4" bays, so they can be used for anything: more internal drives, external access ports, high-end audio cards, and so on.

Q: Was the Nautilus [cooling system] designed in-house or did you partner with an external firm?
HP: It was designed by our in-house mechanical and thermal engineers, and I am very proud of them.

Q: Is the new monitor display matte or glossy? Is the panel a true 10-bit display?
HP: Matte, and it is a 8+2 panel that emulates a 10-bit display.

Q: Which ethernet controller does it use?
HP: Intel's 10Gb/sec chipset.

Q: Which operating systems does it support?
HP: Windows 10, 7, and multiple flavors and distributions of Linux. We have a strong Linux team here at Fort Collins.

Q: Will AMD's CPUs be supported?
HP: These ones announced today run Intel CPUs, so we are not making any announcements regarding AMD.