What it's like to have a cell phone with 5000mAh battery

Cell phones used to have great battery life, lasting weeks. Credit the low-res, monochrome screen for that. Then a decade ago Apple came up with a power-sucking full-screen phone where most of the innards consisted of a battery that might power the phone for most of a day.

It is sad that technology crucial to our daily lives can't make it through a single one of our daily lives. Recall the post-iPhone launch scenes at airports of desperate-looking business people squatting next to precious power outlets -- assuming that the airport made any available to the public, or wasn't suing its customers for theft of power. 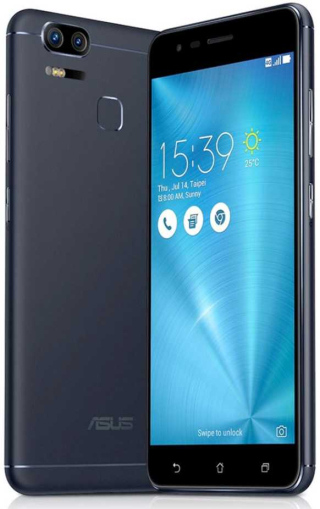 Even the simple solution of removable battery packs has been taken away from us; for designers, catwalk-thin phones trump Walmart jeans. Admittedly, double-power batteries are annoyingly fat, doubling the thickness of any phone lucky enough to allow them. I got them for two phones. The Mugen 4400mHr replacement battery, for example, makes my Samsung K Zoom phone 20mm thick -- over 3/4". (That phone, by the way, sports a 10x optical zoom.)

The advent of cheap, lightweight portable battery chargers partially alleviates the problem today -- although they become just one more thing to take along.

But then something changed. I haven't read about it in the tech press, so I don't what is involved. The Umidigi Super (which I owned earlier this year) came with a 4000mAh battery, yet is a fraction of a millimeter thicker than an iPhone. The battery lasts comfortably all day, which means Android never, ever squawked at me about that 15% danger level.

Now I own the ASUS ZenFone 3 Zoom (see figure at left), whose signature feature is a second camera with a 2.3x optical zoom. Its battery is rated at 5000mAh, yet is thinner than the Super. See table below. 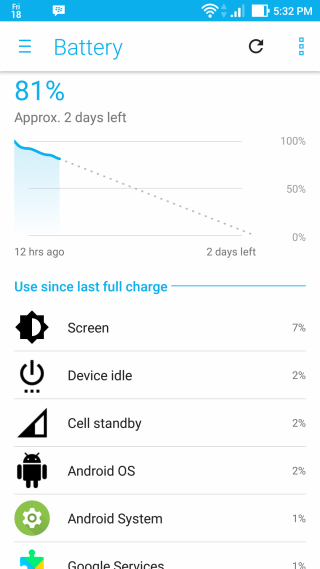 What's it like to carry around a phone as thin as an iPhone 6 Plus yet has a monster battery capacity? At the end of each day, it  typically has 75% battery life remaining. The projected life span by the battery app is 2-3 days. (See figure at right.) One night I didn't plug it in properly, and so the phone did not charge. It ran all the next day to about 45%.

The battery is so strong that the phone's USB-C port can be used to recharge other devices. Suddenly, that ten-year-long worry about phones dying is gone -- poof!

I've argued in the past that technology reaches a peak after manufacturers are done with seeing how much better they can make a product. Price competition kicks in, and they start removing functions to make the product cheaper to build, and less useful to customers to operate.

ASUS reached peak technology with the ZenFone 3 Zoom. Even as I write this, ASUS is announcing its ZenFone 4 Pro model (not to be confused with the ZenPhone 4 it released three years ago), which has worser specs in areas that I care about. The battery is down 3600mAh, the optical zoom is reduced to 2.0x, yet the thickness is similar at 7.6mm. Who knows what's going on inside?

It's great there is a larger battery, but the other problem is, the cell phone manufacturer doesn't let the owner replace there own battery. Please tell me why not? My own conclusion is they want us to buy another device sooner. Why doesn't the government look into it, an pass a law where the owner's of a device can change there own battery????....