On September 7, the cloud dies at the edge of CAD

A bus runs over Autodesk's future

The idea behind edge computing is this: the Internet as the data bus that connects the CPU with the display is too slow. The examples of edge computing I wrote about last week were for autonomous automobiles, drones, and robots -- they can't wait for data to arrive slowly.

A week on, and I've just learned of a new real-time program from ANSYS that runs on your desktop computer and laptop. The demo jock told me that there will be a cloud version for those who don't have the specific hardware, "but the best experience is running it on the desktop." 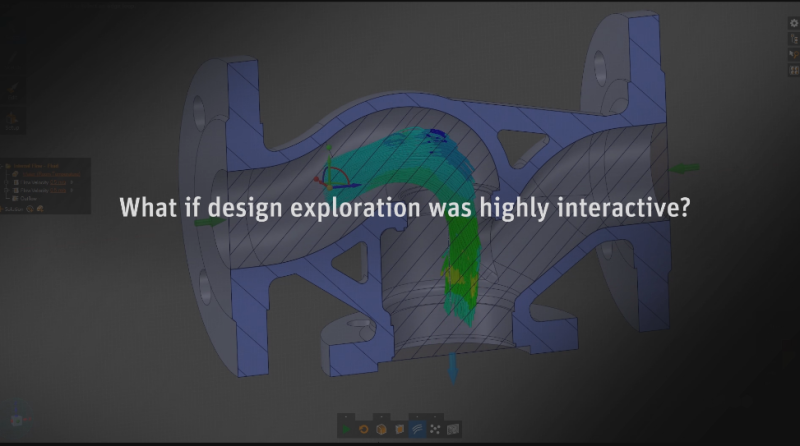 This is the sort of application that Autodesk all along has been telling us works best on the cloud. However, whether it is cloud-based rendering, simulation, or translation, Autodesk runs them all in batch mode: we submit a job, we wait for the results, and for some apps we pay for every run.

The cloud really is little improved over the computing environment of the 1970s-early 1980s when I ran programs on a terminal connected to the Amdahl mainframe computer at the University of British Columbia: we submitted the job, we waited, we paid.

The personal computer was greeted with such excitement by we engineers precisely because of the freedom it gave us -- freedom from paying for each computing job, freedom from waiting, and, back then, freedom from driving out to the computing center! This new technology from ANSYS moves the fastest simulation runs from the cloud back onto the desktop.

If the former Autodesk CEO blew a gasket over the claims by first-MCAD-on-the-cloud Onshape, I'll be interested in the reaction from the new CEO to this edge technology that starts to drive a stake into much of what Autodesk has been working towards: regular income derived from (eventually) locking all their software to the cloud.

The disrupter will be announced by ANSYS September 7. More details here on WorldCAD Access that day, and through an ANSYS Webinar: register at http://www.ansys.com/products/3d-design/discovery-live-registration