There are Four Androids

And this is one of them

There is one Android name for the operating system that runs on smartphones, tablets, and even a few laptops. But there are four versions of it, something iOS users are unaware of. Google releases two versions, and then smartphone makers sell hardware with four different kinds.

There is the official Android operating system from Google that includes Google's own software for downloading apps (Play store), search, and so on. Then there is the AOSP version, the Android open source project at https://source.android.com, which Google makes available for anyone to use, tweak, and reuse for any kind of hardware.

Both of these Android versions then can be modified by smartphone makers. They can change the UI and they can add their own apps and functions. The best known example is Samsung, which overlays the native Android user interface with its own, and adds in all kinds of apps it developed itself -- to the point that storage space is greatly reduced. Some of these vendor-developed functions make their way back to the official Android, such as the Samsung-developed split screen that arrived in Android 7.

(I find it interesting that most new phones were running Android 7 by the start of 2017, but no tablets did, event hough split screens would benefit tablet users more than with phones.)

Me, I prefer unadorned Android, but this can be hard to track down. Vendors feel compelled to make their phones stand out by changing the software, as there is not much they can do about the hardware. Specs these days are all within a narrow range, varying only by price; a cheaper phone only has a slower CPU, a lower resolution screen, and less memory. The external design of smartphones has become standard these days, due to the problem of maximizing the space inside even while minimizing the thickness of the case.

And so almost every vendor has its own take on what the UI should look like. I, however, suspect that most customers don't realize that the Android they see is not the true Android. If all you've every owned in a Samsung Galaxy, you would be just as naive about UI variations as the steady Apple iPhone owner.

My first Android phone was from Samsung, because in the beginning it was the only company mass producing Android phones. In 2010, they were so rare in Canada that I had to buy mine from eBay. Since then, however, I've used pure Android smartphones from Google (twice) and now from Umi, who also doesn't add to the UI. In fact, by not spending money on programmers to develop custom UIs and apps is a way to keep down the cost.

By accident, I bought last fall a smartphone from Leeco. See figure 1, below. The company (also known as LeTV) was the first to go public in China, and then spent way too much money trying to get a toehold in the USA (cf. http://www.androidauthority.com/leeco-brief-history-demise-774749/). At the time, I was so excited to find a superphone (a smartphone with high-end specs) for just $200 that I ordered without much thought. But, as I waited for it to arrive, I realized it was lacking in some areas. It required nanoSIMs, and I did not want to chop mine up; its storage RAM could not be expanded; it had no headphone jack. (Also, the specs implied it lacked a notification LED, but it has one.) I subsequently ordered the Umi Super, which has proven to suit my needs. 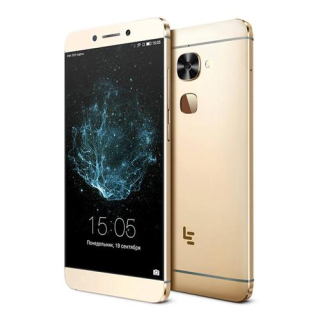 It took 4 months for the Leeco Le2 X620 to arrive, and after it did, I was glad I got the model from Umi instead. Leeco is proud of its EUI (emotional user interface) software based on Android 6, but I find it bizarre. In fact, they copied elements from the iPhone UI. As a result, I will not buy a phone with a custom implementation of the UI. These creative manufacturers include the following:

Here is a tour of Leeco's strange EUI and my list of its primary problems.

The #2 problem is that the Back - Home - Taskview buttons are reversed. An option in Settings lets me correct the problem, but the buttons then still are labeled wrong. This causes a "huh?" delay each time I tap Taskview to go back.

The #3 problem is the EUI launcher, which also mimics iOS, in that the icons for all apps are all on the home screens; there is no separate All Apps drawer. Android users consider it normal to see only the icons of the apps we actually use. Fortunately, there are dozens of launcher replacements on the Google store to fix this problem; I happen to use Atom launcher these days on all my Android devices. (Sucks to be an iOS user!)

The #4 problem is Leeco's desire to link me to its cloud and link together its products. (See figure 3.) The first time you use Leeco's apps, they ask permission to track you -- from the headquarters in China. Creepy. Leeco's master plan was to sell smartphones cheap, and then make back the cost by selling us products, like movies and services. Another for instance: the Le 2 has an IR (infrared) blaster, but it remotely controls only Leeco TVs.

Figure 3: Leeco wanting to bind me into its ecosystem

The Settings app is quite different, but not sufficiently bad for me to call it a problem. (See figure 4.) Once I got used to it, it was alright to use. Again, it looks like iOS settings, which creates problems. For instance, here are the differences between changing the default app:

The problem is that when apps ask for permission to be the default, the mechanism does not work, because the expected link is broken. I have to change the default setting manually.

Figure 4: Part of the main settings screen in EUI

Dialog boxes slide up from the bottom unexpectedly, instead of appearing in the middle of the screen.

Not that the Leeco phone to totally awful, as it has some geek-friendly functions. The status bar reports the data transmission speed. Screen grabs are much easier to make than with standard Android, where we hold down the Power and Volume buttons, and then hope for the best. (It doesn't always work.) With Leeco, we hold down the Home button; the built-in screen grab software then lets us crop the image before saving it. I really like that. See figure 5.

The major flaw in the Unidigi Super is the camera, which takes poor photos. The Le2, however, takes wonderful pix.

So what do I do with this otherwise unwanted device? When it failed to arrive on time, the seller refunded me the cost. When it arrived after four months, I offered to refund the refund, and the seller lowered his $198 price to US$180. (It now sells for as little as $150.) It is cheap enough to keep.

Since the screen grab is pretty wonderful, I run on it all the Android CAD apps I write about. I'll also use it as an MP3 player for listening to talks when we go on our summer driving vacation.

For a phone that is now 14 months old, its specs hold up quite well:

You can read the full specs at http://www.gsmarena.com/leeco_le_2-8053.php