"Our philosophy is dramatically different from other CAD vendors, and so we decided to spend some time on the details of this," we are now hearing at the @Bricsys Insights conference, which is running 30 minutes ahead of schedule -- Randall Newton wants you to know. 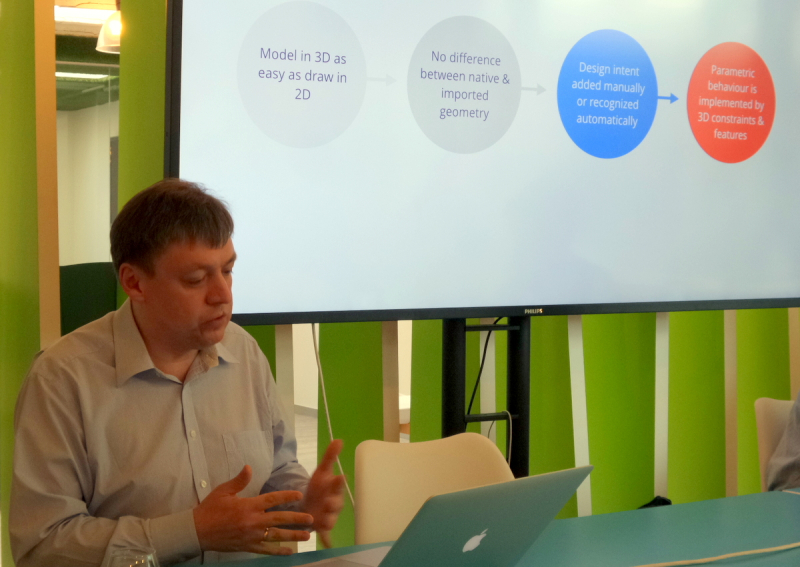 Bricsys had the chance to start something new as it began seven years ago to add 3D, etc to BricsCAD, so that the mistakes of other CAD firms would not be repeated. The CAD world is different from 30 years ago when parametrics were first introduced [by PTC]. So they implemented new approaches for...

When I say "they," I mean the programmers at LEDAS, who were more recently acquired by Bricsys. When writing a new 3D CAD system, vendors like SpaceClaim, Onshape, and Bricsys are not tied to the way things were done decades ago, such as in Pro/E, Solidworks, and Inventor. The list of modern needs include:

(The needs of designers is not the same as CAM users, but most MCAD vendors don't know that.)

BricsCAD does not do history, as this information is lost anyhow during translation to other MCAD systems. Instead, it infers design intent, which is important when importing 3D models from MCAD systems.

Posted at 08:11 AM in Travelogues | Permalink