« A drive docking station that also clones | Main | How much power does a USB outlet give your phone? »

Did Autodesk's near-monoculture bring down its cloud services?

Amazon's failure of its east cost server site was so significant that even the mainstream media wrote about it. As you probably know by now, an Amazon employee typed the wrong (probably Linux) command parameters, causing failures to cascade from server to server. Among the brand names listed by the generic and technical media that use this facility is Autodesk. Thanks to Steven Johnson for preserving the failure of the cloud for posterity:

How Did Autodesk Fail Its Customers?

The Register explains why:

Problem #1: The East coast facility of Amazon's cloud service is the oldest one, and so many companies began there -- and stayed there.

Problem 2: The way that companies interact with it is (apparently) different from Amazon's newer sites. People being naturally lazy, stick with what they know, and so this monoculture brought down so many services, including many of Autodesk's.

Problem 3: One more reason for monoculture: this east coast server is cheaper than Amazon's other, newer servers, and so companies who like to go cheap don't replicate to other sites, which are more expensive to access.

I, too, was a victim, as MailChimp uses Amazon and so I could not work on my upFront.eZine newsletter for the entire morning. All the rest of my business-critical software runs on my desktop computer -- with some duplication on other computers, plus daily back ups of significant work I do each day. This mean I could keep working, while those chained to the cloud could not. 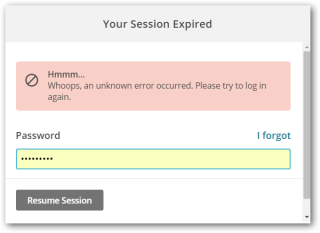 The Solution: After the Amazon systems recovered, Autodesk apologized in this way:

The sole -- only -- solution for Autodesk to "prevent similar incidents in the future" is for Autodesk to replicate its cloud services on more of Amazon's servers geographically. This means the cloud-determined company will have to pay more to Amazon, and so lowering its profits (well, increasing its losses) in future quarters.

"Lowering profits"? "Increasing losses"? The folks at the helm of autodesk are hired SPECIFICALLY to prevent this from happening - often, they even have no experience with the products sold by the company they run. No, the solution to better cloud reliability will not be any sort of decrease of company revenues in any direction. The ONLY solution will be higher fees from paying users.

Become a shareholder, see the glass as 90% full, and feel the Zen calm of consistently profitable quarters year over year .....