When I shot a roll of film, it was the first time in 17 years

I wrote in an earlier blog about me re-acquiring the only 35mm SLR (single lens reflex) camera I ever bought -- the Minolta XE-7, in fall of 1976. (I had sold it to acquire a zoom lens for my wife's much lighter Olympus SLR.) Earlier this year in a bout of nostalgia, I found one with the standard f1.4 50mm lens in near-perfect condition on eBay and snapped it up. (See figure below; image source Casual Camera Collector.) 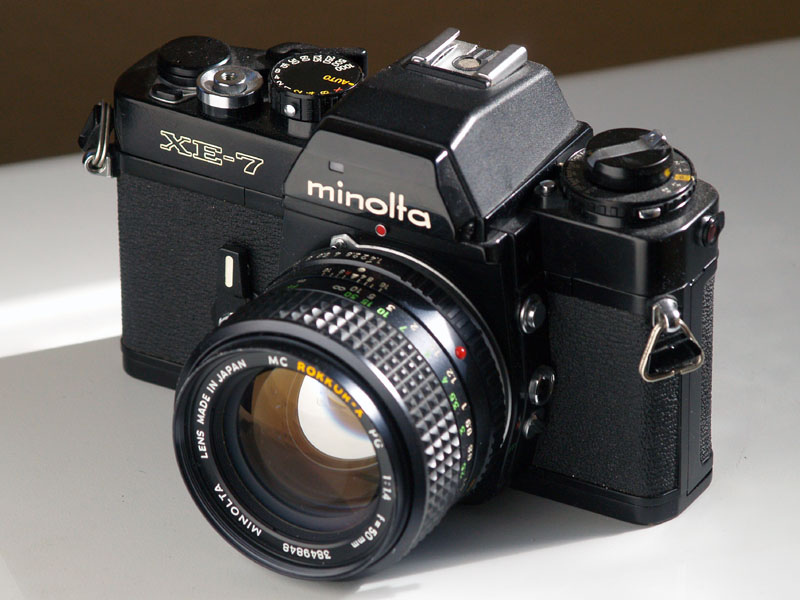 Then it came time for me to actually use it. Like, put in a roll of film and take pictures. First problem: where do I get film? Well, on eBay obviously, but delivery times are too long these days. It turns out that the only outlet in our part of the world to still support film is a regional pharmacy chain called London Drugs. They sell film (now only FujiFilm) and do the processing -- negs only, prints, and/or scanned images on CDs.

When I got the XE-7 the first time in 1976 (it was called "The Crown Jewel of the SR Line" by one reviewer), London Drugs had just launched their own line of slide film. For $2.99, we got the roll of 24-exposure film and processing included! $3.99 for 36-exposure. That was dirt cheap, even for the mid-1970s -- half the price of any one else at the time -- and made experimenting with film eminently affordable for this university student. I last used film in the summer of 1999, when I bought my first digital camera.

Fast forward 17 years, and I am getting reacquainted with the organic joy of using a heavy-duty high-end film camera. Like hand drafting, it just feels r-i-g-h-t -- a joy in the job.

So I shot the roll full with photos in British Columbia and Alberta -- not knowing at all how any photo had turned out -- and then came the sticker shock: film and processing (with images on CD) came to $20 for the 24 pix. Yikes!

Using this film camera will be a rare thing from now on.

Posted at 01:43 AM in General Photography | Permalink