« When I shot a roll of film, it was the first time in 17 years | Main | foto of the sunday: Merry Christmas from WorldCAD Access »

Here's hoping my new cell phone will be really great

My current cell phone is an LG-made Google Nexus 4, that's over 4 years old. It is showing its age. Increasingly, the screen stays black when I turn it on; the only recourse is holding down the Power button until it reboots. Its CPU is struggling with today's app load, and the default camera app sometimes crashes but more often takes a long time to be ready.

A replacement, clearly, is needed.

At one time, I would have got the same phone as I got for my wife and my mother-in-law, the $200 Moto G with smart cover. It is a sensible, mid-range phone that works well enough but I'd like something flashier. What irritates me, however, is how tech publications these days trumpet $400 as the normal mid-level price; whatever happened to $200 for a good, unlocked phone?

Then I discovered that Chinese phone manufacturers are doing just that. Phones with the latest technology going for around $200. After some digging, I settled on the UMI Super. Yip, that's the name: Super. I bought it through eBay from China.

Sadly, it will take another month to arrive by ocean freighter.

It is any good? I won't know until it is in my hand, but in the meantime the prognosis is good. UMI has a reputation of putting in high end components and attaching a low price tag. Best of all, the company says that today (Dec 24) it is releasing Android 7.0 for the Super. 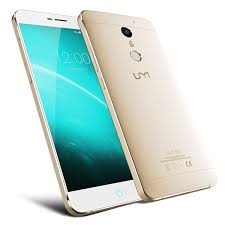 The camera is not new, having been released last May. This may explain why the price has dropped from the original $250 to under $200 today. As one reviewer put it, we're getting for $200 for what Samsung charges $700.

Plus, the Super comes in a nice tin box.

Did you get the UMI super. Any chance you will review your use of it.

I did not, and so I have begun the process through eBay to have my payment refunded by the seller, TomTop.

I since discovered the phone is available through Amazon, ordered it last weekend, and hope to receive it next week.