« HP and the World's Smallest MCAD Workstation | Main | For its future, Autodesk copies from Dassault »

How long does it take to put on a CAD conference?

I came across one of my older posts, in which ZWCAD Software Company thanked its staff for the hard work they put in to a ZWCAD conference. Up to 100 employees worked for three months to plan the conference, according to the press release.

Think of the myriad of details involved, such as sourcing  name tag holders, choosing menus for  meals, booking venue(s), and deciding what to talk about. All along hoping enough people show up to cover the cost, or if the conference is free, to justify the effort. 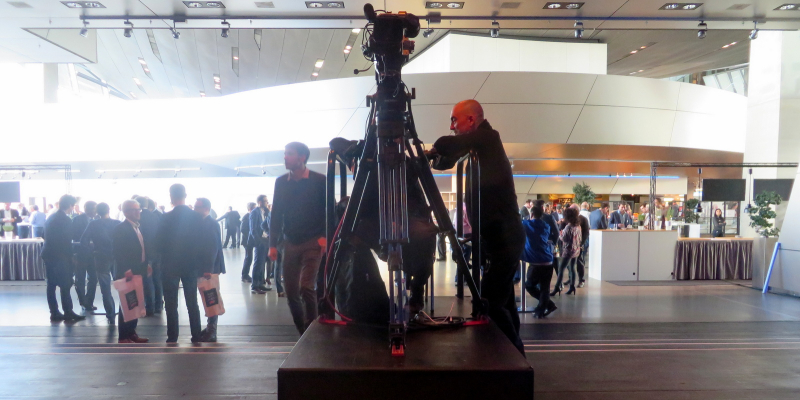 Photo showing four of the things things that need to be arranged: contracting the video production company, arranging the food for the breaks, collecting material for the hand-out bags, and inviting users and media to attend

Users show up, us media sidle in, and after a day or three, it's over. Look closely and you see the staff trying not to look exhausted by the end. There is not just the looking after of details during the conference, but also a lot of cheerfulness that needs to exuded for that half-week.

With this post, I want to acknowledge the effort event planners put in, with some conference planning beginning six months out. These people work hard on a big project each year, every year!

The main thing about conferences, just about everyone agrees, is the socializing (others call it networking). Meeting old friends, some of who live a continent away, and making new ones -- some fleeting, others permanent. 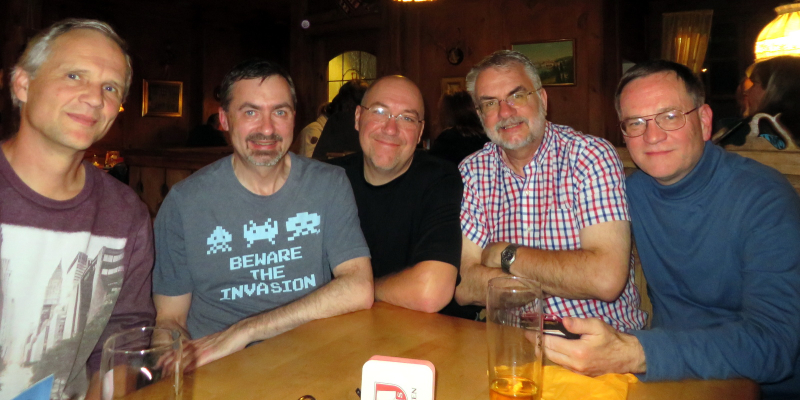 Photo showing five programmers, writers, friends (left to right, from Germany, Australia, USA, Canada, and USA) at a pub during a recent conference, who between them have 132 years of CAD experience

Posted at 08:36 PM in Travelogues | Permalink