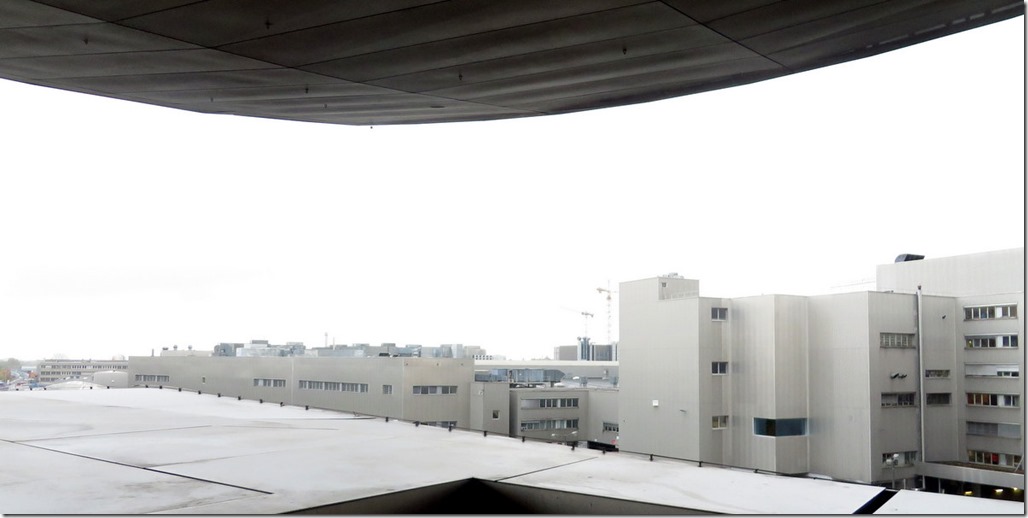 OK, we're just setting up here at the BMW Welt conference center adjacent to the Munich Olympic Park, getting ready for the start of the Bricsys International Conference 2016, full day. We had a pre-conference day yesterday, with an overview of some of the new technology we'll be seeing in detail today. I covered the pre-conference yesterday through my Twitter stream @upfrontezine and the Twitter tag #bricsys2016 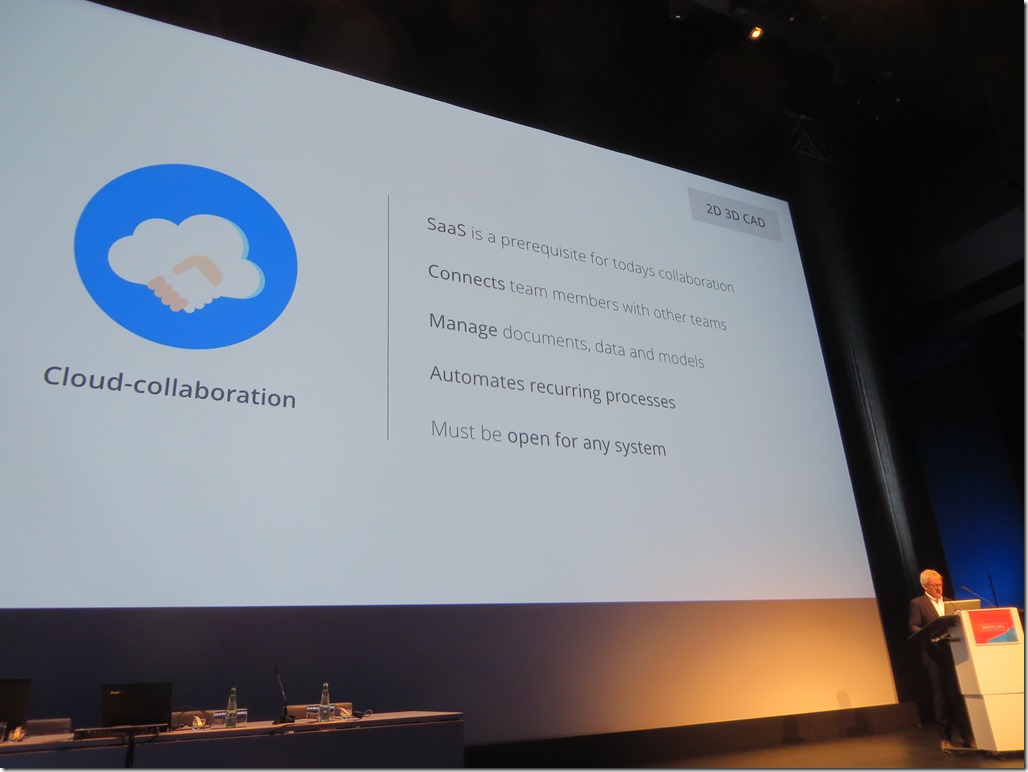 Bricsys ceo on stage at the BIC 2016 conference

Bricsys ceo Erik deKeyser begins his keynote by talking about the user-hostile path Autodesk is leading customers down. Its software can be used for a year, and then customers don't know which software will still be available, what the pricing will be. AutoCAD development has nearly stalled for several years, with just a few new functions annually.

Now he turns to the current technology trends, listing them and indicating where Bricsys stands on them. For example, Bricsys is exploring how far they can automate turning point clouds into solids, something we can expect to see next year. AI is, he says, something BricsCAD already has to a certain extent; he is not explicit, but I think he is referring to the direct modeling in BricsCAD. The cloud is provided through their Chapoo product. LOD in AEC is levels of detail, and apparently governments are pushing for more regulation and higher LODs; while Autodesk and Nemetschek dominate in BIM, there is no .dwg-based solution. An Onshape-like collaborative CAD system is "important" and something Bricsys is monitoring. IFC is a prerequisite in BIM and Bricsys last week received IFC certification; working on COBie and BCF certification -- want to from point clouds to BIM.

"Is all this possible in DWG," he asks. Autodesk, he asserts, went another direction. There are far more users in AEC/BIM of DWG than Revit.

In MCAD, Bricsys plans to continuously improve 2D and 3D integration, manage geometry + model data + material data, they have a bi-di translator between DWG and most MCAD formats, but they are still working on partnering with CAM vendors. He sees their mechanical modeler as important for BIM modeling.

His view is that .dwg can offer: 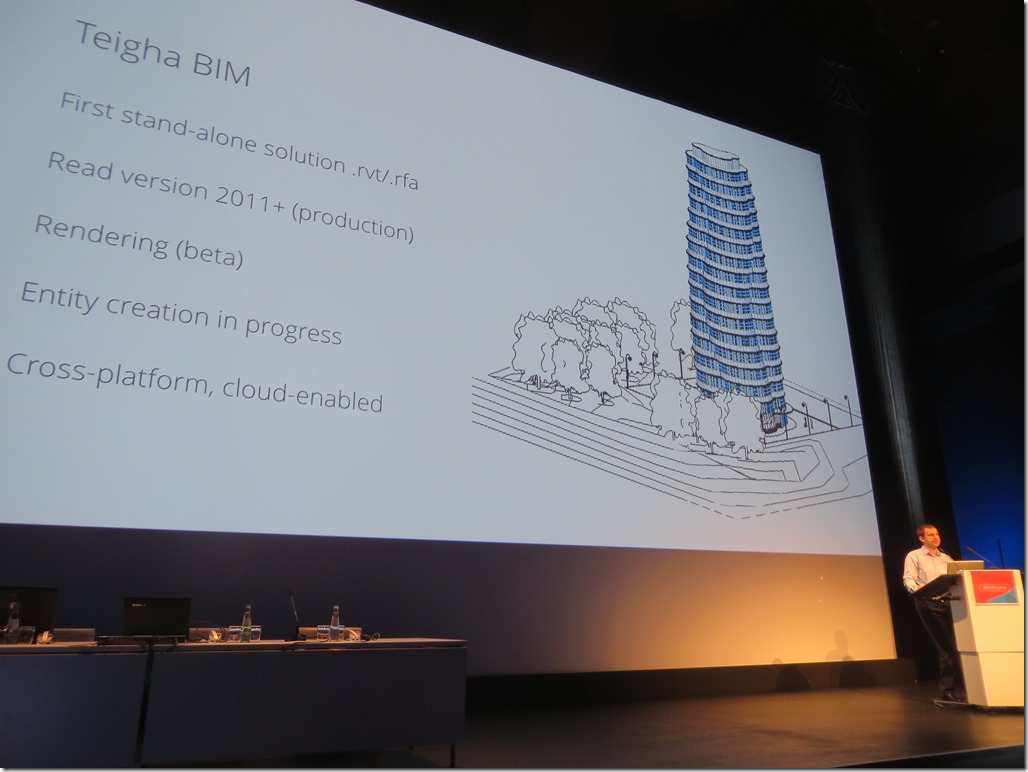 Now we are hearing from the Open Design Alliance. It is an overview of all the news we reported from Prague last month, the major news being the Revit API replicated through "Teigha BIM." The reason for the independent API is that there is no way to work with Revit RVT and RFA files except from inside Revit -- or exporting as IFC files, which is not desirable as parametric information is lost. Note that the entire API is not yet ready, the full development will take a few more years. Currently they can read Revit files, display many entities; later, creating and writing is to come.

See separate blog posts above that detail what's new in the next release of BricsCAD. The full list is 17 pages long!

[Disclosure: Bricsys provided me with airfare, accommodation, and some meals.]