The stunning complexity of electro-mechanical cameras

I finally got some rolls of film, put one in my re-acquired Minolta XE7 SLR, and took a few shots on a walk yesterday. The shutter button and film forward mechanism feel so satisfying, and the sound gratifying. The "feel" is quite remarkable, considering it derives from a complex electro-mechanical process. I suppose that in slower times it was easier to get the visceral feel just right. This camera was built 40 years ago. 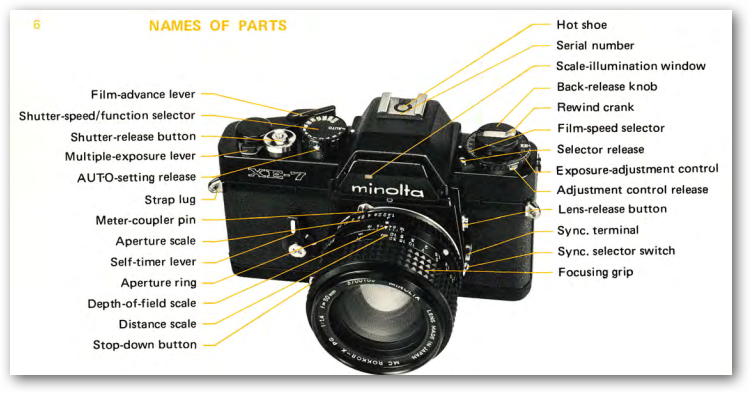 I came across the repair manual for the camera and was stunned at the complex interactions that take place inside its heavy body. It's not just a matter of activating the shutter and forwarding the film. The cams and linkages need to take into account whether the film has been forwarded yet, whether the multiple-exposure lever is on, whether the self-timer is on, whether the aperture preview button is engaged, and so on. (The only electrical aspects of this camera involve the light-metering and the flash.)

The shutter button has six positions during its 2.7mm of travel. The film advance lever has five angles that activate functions through its 150 degrees of travel.

Here are a couple of pages from the service manual. First, the film advance system: And here is the shutter system: 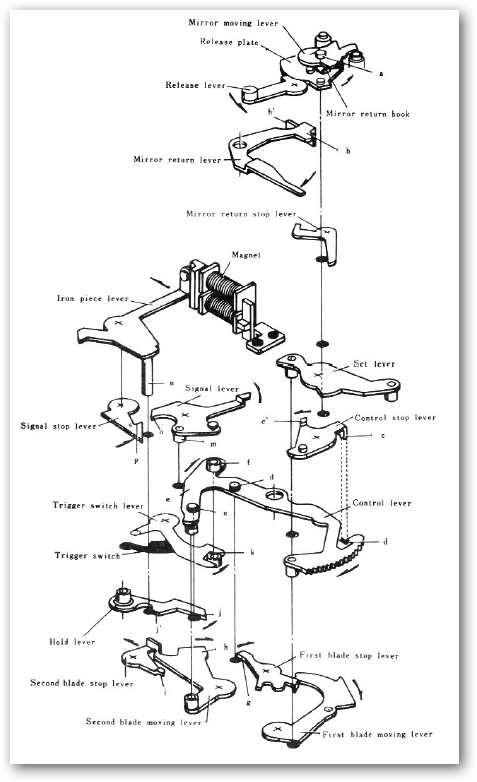 Posted at 06:51 AM in General Photography | Permalink

And all designed/documented with a pen I bet!