« Are article previews valid? | Main | The Cyberthreat to CAD »

You're probably aware that an iPad tablet uses a more powerful charger, one that puts out 2.1 ampere (A). This is twice as much as typical chargers for smartphones, which range from below 1A to perhaps 1.5A.

The reason for the more powerful charger is that the iPad has a much bigger battery. Using a normal 1A charger, it would take a long time to recharge. By pushing more electricity back into the battery in less time  (which is what ampere-hours measure), a larger battery is charged in less time.

As a result, there are a lot of third-party chargers boasting that they provide 2.1A for charging. This, however, may be insufficient for your Android devices. There's two reasons.

If the charger is a dual charger, one in which you can plug in two devices. And if the total output is 2.1A, then the tablet won't recharge. This problem affected my wife, when she plugged in her iPad and Android phone into a 2.1A charger, but found the iPad refusing to recharge.

The dual charger illustrated below outputs only 2.0A -- sufficient for two phones, but not a phone and tablet at the same time. Chargers you might pick up at a flea market or roadside stand tend to have very low A ratings, such as 300mA (0.3A), so don't waste your money on them! 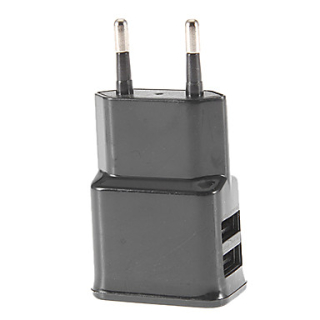 At a 2.0A rating, this charger is too weak for any tablet, and barely sufficient for two phones.

If you use dual-device chargers, then make sure they have a capacity of 3.5A or more. During our kitchen renovation, I had the electrician install this 3.6A wall outlet from Leviton: 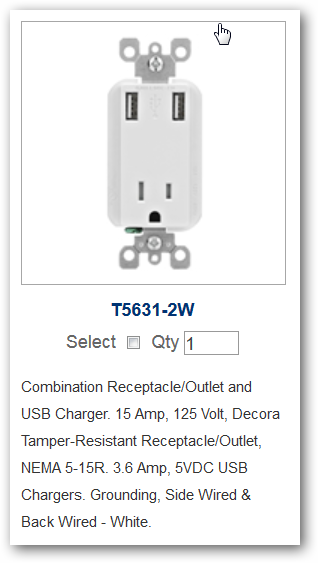 Newer Android tablets are getting giant batteries and so to charge them as quickly as overnight, they come with more powerful chargers. I have two that each came with 2.4A chargers. I just read of an Android tablet that comes with a 3.0A charger.

If you try to charge them with regular 2.1A chargers, it will take forever. Indeed, the tablet might refuse to recharge with a too-weak charger.

Not just the charger needs to be beefed up. It turns out that another player in the high-amperage stakes is the USB cable used to connect the charger with the tablet. I noticed that the USB cables that came with the 2.4A chargers were thicker, and that the tablets would not charge when I used regular, thinner USB cables. The typical thin USB cable you get from the dollar store is usually rated for 1A. This is because the wiring is too thin to handle 2.1A or higher -- thin wires mean greater resistance (ohms).

Same problem is with length: the longer the cable, the greater the resistance, the slower the charging. 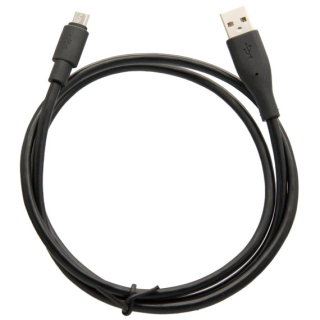 This fat 3-foot USB cable is rated for sending 2.4A to the device being charged.

For a longer explanation, read "USB Cable Resistance: Why your phone/tablet might be charging slow" at http://goughlui.com/2014/10/01/usb-cable-resistance-why-your-phonetablet-might-be-charging-slow/.

Fortunately, we can get 1m (3-foot) 2.4A-capacity USB charging cables for a couple of dollars on eBay.

In general, the more powerful the charger, the faster the device recharges. Android users can see this for themselves. Plug the phone or tablet into a charger, and then after 10 minutes or so, tap the battery icon. This opens a settings screen that shows the estimated time to complete charging. You will see that a high-amperage charger might finish charging in an hour or two, while a low-amperage one will take several hours.

It might be less confusing if you rate chargers correctly with amperes (A) only, rather than amp hours (Ahr). 2.1 Ahr is 1 amp charging current for 2.1 hours or 2.1 amps for 1 hour.
There are free apps for Android which display charging current. Cables can be evaluated by switching the cable while keeping the same charger. A good cable should show nearly the same current in amps (A) as the rating on the charger.

You're mixing Ampere-Hours and Ampere.
The battery has a capacity measured in Ampere-Hours.
The charger can deliver a certain amount of Amperes.
If you charge by 2 Amperes in 2 Hours you have 4 Ampere-Hours.

I've made the correction to the text. Thx for pointing it out!