My new camera is 40 years old

I caught the photography bug in my teens, and lugged around my dad's Zeiss Ikon Contaflex II SLR (built in 1954 or later) around town, through vacations, and on band trips. It reeked of precise German engineering in its stiff controls, black leather wrap and dull chrome look. Zeiss Ikon Contraflex II is distinguished from other models in the line by its f2.8 45mm unremoveable lens and supplemental light meter

But then at a trade show in our home town, I got infected. At the booth of a camera store, there was the Nikon F-series SLR in its haughty blackness and stark white logo. I needed that camera! I never did get a Nikon; it remained just a dream. My daughter, a professional photographer, is today a Nikon girl, however.

I did the next best thing, and simulated the all-black F-1 look on my dad's Contaflex by painting its chrome parts black with leftover model paint. My dad was furious and demanded I remove the black paint. Bad choice: it looked worse afterwards. The camera still sits on my bookshelf, now 60 years old.

For my 18th birthday, I asked my parents for a Kodak 110 camera (similar to the one illustrated below). I wanted it for an experiment: I wanted to know if it was the camera that made pictures bad or the photographer. That's because I'd seen terrible photos made by middle-aged men who own great cameras.

The 110 was probably the second-worst camera system ever invented (Kodak's even smaller disc film might have been the worst), and led to the cheapening of the Kodak brand. The film came in a cartridge (the only plus of this system), negatives were tiny at 13x17 mm and rated a high-speed of ASA400. The plastic camera lens was of worse construction. The result was blurry, grainy photos -- guaranteed every time.

Nevertheless, the experiment provided me with the answer:

One summer I finally made enough $$$ to afford me an SLR. I went to the Lens&Shutter store on Broadway in Vancouver looking for an SLR in the $400-range. The salesman showed me the XE-7, which I did not think I could afford. I had read rave reviews of it in the photography magazines of the time, but it had a list price in the area of $600-800 (I forget exactly). But the camera store's price was only $440, and so I snapped it up. Using a inflation calculator, the price today works out as $1,760.

I couldn't afford anything else for that camera, except the mandatory Vivitar 283 flash, and a lens doubler that turned the 50mm lens into 100mm for a modest 2x zoom. I certainly couldn't afford the Vivitar 70-210 zoom lens that was all the rage during the late 1970s.

Here is a cutaway view of the innards of the XE-7 (not done with CAD but with actual saws): 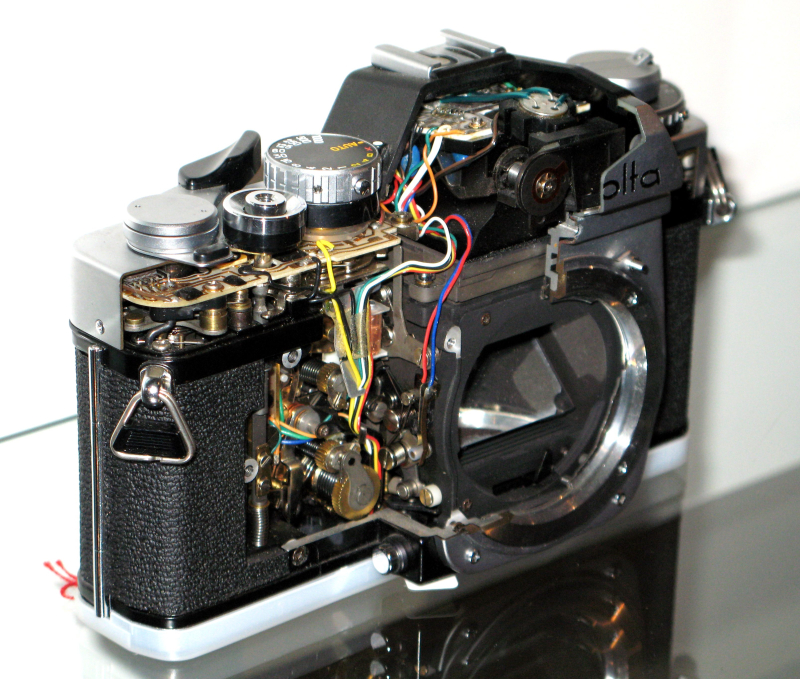 What was special about the XE-7?

But it was heavy. It was one of the last big, heavy SLRs. Around that time, Canon came out with its record-breaking AE-1, the first small and light, full-feature SLR, and that changed the industry for the next few decades. Later I bought an Canon AE-1 for my dad, and today my daughter uses it as an analog bonus for her professional wedding photography.

While I loved the XE-7, its weight was not practical. For my travels -- hiking, sailing, skiing, biking -- in the sometime early 1980s I eventually went the extreme other direction, buying the tiny Olympus XA2. It was small and light, and made smaller in that the flash could be dismounted. Friends warned friends that I had a "spy camera." The XA2 lasted me until about 1988, when a thief broke into our car (which was in a locked underground garage) and stole it, with our just-completed vacation photos. 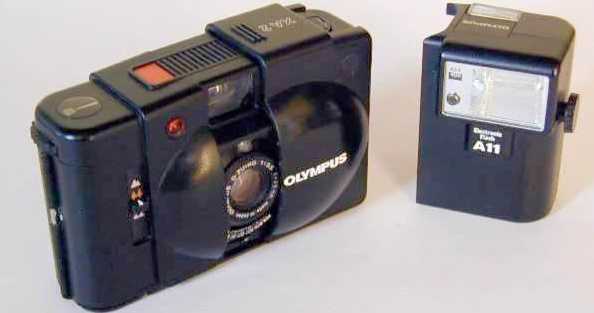 When I married, my wife brought into the marriage her compact Olympus OM-10 SLR, and so in 1985 I sold my XE-7 to afford a zoom lens for the Olympus. But then its shutter speed became undependable, resulting in over- and under-exposed photos, and in 1998 I sold it to buy a compact 35mm zoom camera. 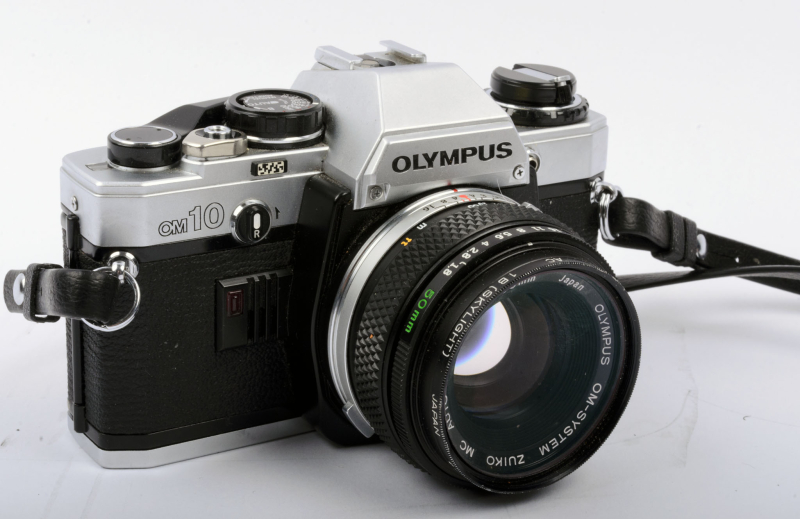 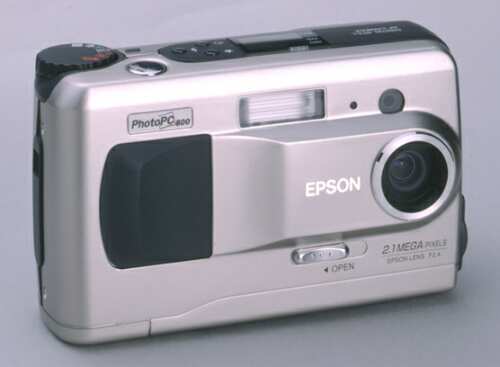 I've since gone through a lot of Canon digital cameras, but a couple of weeks ago nostalgia kicked in and I wondered what a Minolta XE-7 would go for today. On eBay I found one in near-perfect condition and snapped it up for $85. It now sits on my bookshelf, a fond memory of the enjoyment it gave me through my university years.

Posted at 05:15 PM in Behind the Story, Blast from the Past | Permalink

110 created the largest growth in consumer photography. It made photography easy to use and carry. It did not encumber with knowledge of technology. Just gave families the joy of pictures.