Alight, here we are, awaiting the start of the keynote address by new CEO Biplab Sarkar. He was the previous CTO, being at Vectorworks for 16 years, taking on work like integrating Parasolid into the software. Before this, he worked at PTC and Intergraph.  He replaces Sean Flaherty, who is now cso (chief strategy officer) for Nemetschek Group, the Germany company that owns Vectworks, Bluebeam, Graphisoft, allPlan, and other CAD-related software. 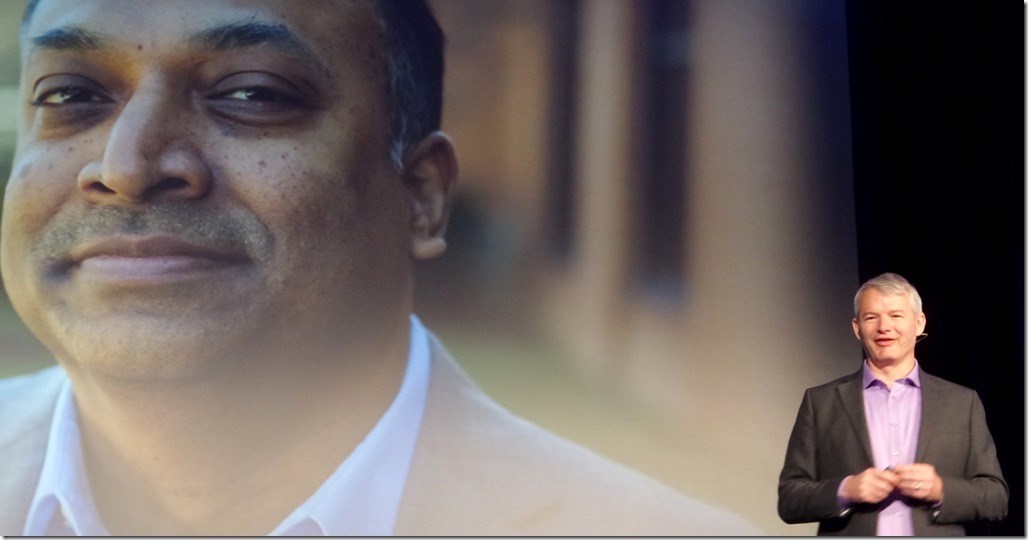 Starting late, Sean Flaherty explains the delay: he arrived and there was no badge for him. Then he had to make sure that they spelled Nemetschek correctly. So, what does a ceo do, he deadpans. Well, not a lot. Sit in meetings, talk some, make a few jokes. He is the first native-English speaker in Nemetschek's executive, and so he gets sent press releases for checking -- a good match for his computer science degree, he jokes. Really, though, he says being ceo is an HR job: hiring the right people to run the company. "We are going to double [the number of emplyees] again over the next four years."

Vectorworks is growing having doubled its staff in the last three years, offices in more cities. Problem was, he explains, he was a part-time ceo, being also on the Nemetschek Advisory Panel.

He admits that Nemetschek products are not well known outside of Germany, and so his job now is to change this. It is true. One of the problems is that the many products are not well integrated with each other. For example, it acquired Bluebeam 1.5 years ago, yet none of its Postscript technology is in Vectorworks or Graphisoft or allPlan... 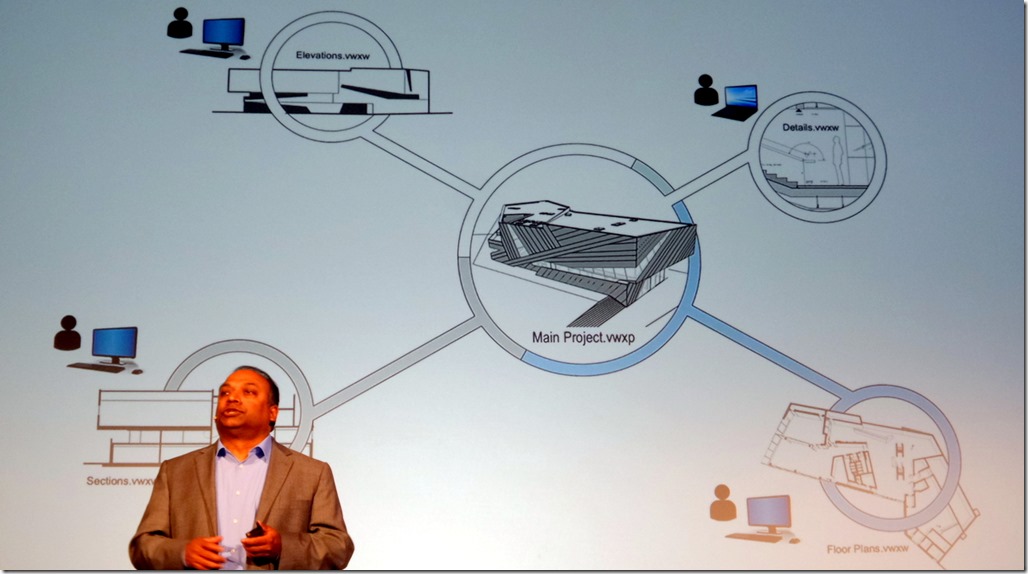 As Mr Sarkar speaks, we are learning about his plans for the company. Lighting design will be integrated into Vectorworks. He is emphasizing OpenBIM so that models can talk between different programs. Vectorworks is the only product to combine BIM with SIM (site information modeling); their Landmark software supports IFC. Increasing use of Parasolid features in Vectorworks, such as extrude with join adjacent and convert to subdivisions. One new feature that garnered applause is the connection to Dropbox and Google Drive. A simple slider changes the amount of point cloud data displayed.

Posted at 07:33 AM in Travelogues | Permalink