Some people, like me, date the start of Blackberry's downfall to the failure of its Playbook tablet. For starters, the name was dumb.Anyhow...

I have a thing for history (check out the several hundred software packages I have in my collection), and last week decided to acquire the fabled Playbook. On eBay, you can get ones in perfect condition for $50.

Mine arrived after a week in the Canadian postal system. It was the 16GB model; they are also available in 32GB and 64GB capacities. It came with the fast charger that doesn't seem to charge particularly fast, and a somewhat worn leather case. I suppose the case protected the tablet, because the Playbook looks in perfect condition. 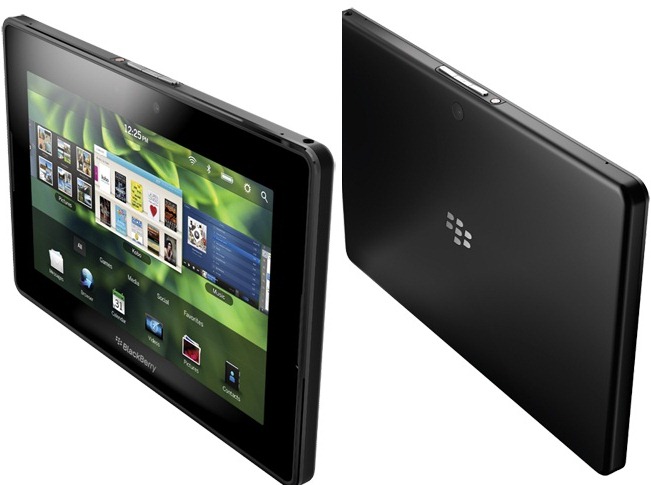 My conclusion: The sole reason it failed was because it did not run Android apps, and when the capability was added, installing and Android app was so convoluted, unhappily, that after two days even I still have not accomplished the task. (It involves converting .apk files to .bar ones, and then sideloading in developer mode.)

Otherwise, the tablet is a remarkable piece of technology. It is the most solid feeling tablet I've ever handled. It doesn't pretend to be thin, the way that iPads do with their faux-thin edges. It feels hefty. The sides and back are covered with no-slip rubber.

Screen is 7". CPU is single-core 1GHz. Operating RAM is 1GB. Available storage is 14GB. Hardware buttons for power, volume, and play-pause at the top. Along the bottom, connectors for microUSB, microHDMI, and magnetic charger. Camera front and back; no flash and takes terrible low-light photos.

The gem, however, is the user interface. I really like it. Swipe up to see some of the home screen, along with previews of all running apps. Swipe up a second time to see all of the home screen. Inside an app, swipe down to see the app's options, or in the case of the Web browser, the other open windows.

The drawback is that this OS hasn't been updated since 2012, and it shows. For example, some Web sites complain that the browser is out-of-date and so are reluctant to display their content. For example, I could not get Radio Paradise playing back music.

Blackberry admirably still supports the Playbook by keeping all of its software and updates available on its Web site. But the content of the Blackberry store is nearly as painful for the Playbook as the store for FirefoxOS. The only one I ended up downloading is Kobo reader, and being old lacks important functions like highlighting text and looking up the meanings of words.

So, yah, it was a worthwhile purchase, and I am glad to own a piece of Canadian history. Better yet, being obsolete, means that the local WalMart sells Playbook cases for $5.

Next item for acquisition: the HP tablet that runs PalmOS (WebOS). Those are still pretty expensive on eBay, $250 or so.

I had the Playbook from early on, and like you, I really do like the OS. However, with BB's new Android smartphone (the Priv), it looks like BBOS 10 is on life support, with no major functionality to be added.

Hopefully, Android's developers will steal the good ideas from these alternate OS's.