Why I'll never buy another Lenovo

I bought a Lenovo Yoga 2 almost as an impulse just over a year ago, because it had a wonderful keyboard that was backlit. Some Lenovo laptops do have the best keyboards in the industry, owing to their IBM legacy. (Most laptop keyboards are awful due to the thin size not providing sufficient space for key travel or indented keytops -- and excellent keyboards are crucial to professional writers.)

Anyhow, no sooner did I get it home that I discovered this $1200-laptop had all kinds of problems:

But I was prepared to live with the limitations. Even after that whole spy software thing, which didn't bother me, because my model was expensive enough so that Lenovo didn't need to make more money off me by selling my information.

But then the final straw(s). Three months after the warranty expired, the memory went bad. The symptom was that Windows would refuse to finish starting up, each time complaining of a different problem. After a week of tinkering, I came across a hardware check utility in the BIOS, which takes about four hours to run. It found errors in the RAM.

Then the frustrations piled on. I went to the Lenovo Web site, but found that they are only interested in talking to you when you want to buy a system. Once the warranty is over, they provide almost no assistance. After a few days of on and off again navigation of their Web site, I finally determined the nearest Authorized Lenovo Repair Center.

They agreed that the RAM was bad, but that the entire motherboard would have to be replaced -- because the RAM was soldered in. The estimate for parts and labour came to around CDN$1,500 -- the motherboard alone costing US$950 from Lenovo. (I have since found non-Lenovo sources for the motherboard at US$400, and I can do the install myself).

First I thought I'd get another Lenovo because of the excellent keyboard, but then thought, "Why reward them for poor service and a poorly-made product?" So instead I got an HP Spectre X360 for about the same price, but with more features:

"Spectre" is HP's new name for its top-of-the-line laptops.The design is very clean; it arrives in a fat fancy cardboard box that looks like it should hold an XBOX or something exotic. And HP includes a black, smelly neoprene sleeve, albeit one that would cost $3 at the nearest dollar store.

The Spectre X360 has curious pricing. The one I bought has the sweet-spot compromise between price and features. Pay a bit less, and the features plummet (4GB RAM, hard drive); to get better features than the model I bought, I would have to pay HP a lot more, and so things like an i7 CPU become undesirable. The 256GB M.2 SSD I plan to replace in a year's time with a 512GB, after the warranty expires. In the meantime, I got a 128GB micoSD card with USB holder to expand the storage capacity. 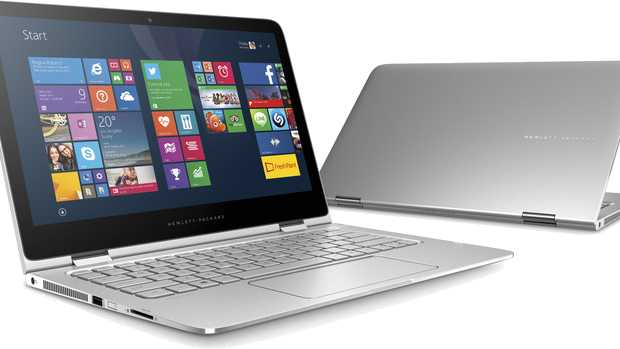 One drawback I've found so far on the HP Spectre is the low-contrast of the backlight coming through the aluminum-color keys. Under certain lighting conditions, I can't see the letters and numbers; black would've been better.

Some features are the same between the two:

So that's why I'll never get another Lenovo.

I totally agree with you. I will never buy another Lenovo for the same reason - in short Support.
My Lenovo laptop had a dvd read/write which stopped working. Since it was under guarantee I took it to the Lenovo company to get it replaced (5 minutes work).
3 weeks later it still had not been done. This laptop I relied on for most of my work. It took them 5 weeks to replace the dvd.
Never again - For the same problem I had with Dell - they sent a technician who replaced the device in 5 minutes.

It has to be thing Think* range from Lenovo, or nothing. The rest is just 'consumer' grade, doesn't even try to be quality.

They shipped me a unit with a faulty Wifi. Not a problem, I understand there are hardware failures. But (A) They did not have a replacement in stock (really?) and (B) the refund process took a few weeks AFTER the laptop was verified to have been received by Lenovo's return department. Strange how when you make a purchase, your credit card it charged immediately, but a refund takes weeks.