Why I no longer wear a smartwatch

Not so smart, after all

A year ago I got myself a Pebble Steel smartwatch for myself as my Christmas present. I chose the Pebble because it has a 5-7-day battery life (instead of 1 day), was on Black Friday sale for cheap, and came with a stainless steel strap (which I need, as plastic and leather straps don't work well with me). When I ordered it, I also ordered a spare charging cable so I'd always have a spare, as the cable had a proprietary magnetic attachment. No cable, no watch.

I liked being able to read it easily, getting my phone's alerts when I didn't hear the phone alerting, using the stopwatch and countdown timer, and got in the habit of shaking my wrist to light up the display at night. Oh, and trying out various watch faces, particularly ones that also reported the weather.

With me going twice to Europe last fall, I particularly looked forward to having a dual timezone watch face, as well as the watch automatically switching time zones -- instead of manually with a regular watch. (Smartwatches synchronize their time with the time on the linked smartphone.)

Well, it was all a fail.

As we traveled from our Pacific Time zone to Central European Time, the Pebble got confused about the correct hour. Perhaps it was trying to adjust itself automatically? I dunno. I just know it displayed the incorrect time.

I finally got it working with CET, tho' I forget now how.

While in Europe, I made a side trip to Prague, leaving most of my luggage back at my daughter's place in Germany. Arriving in Prague, I realized I left behind the proprietary charging cable. "Oh oh," I warned my wife. "In a few days I won't know what time it is anymore." The second-most important item while traveling is knowing the time. (First most important is the passport.)

Day by day I monitored the Pebble as it kept ticking metaphorically. There was the 20% battery life warning. Then 10% warning. Eventually, 6.5 days following the last charge in Germany, the screen went blank in Prague. 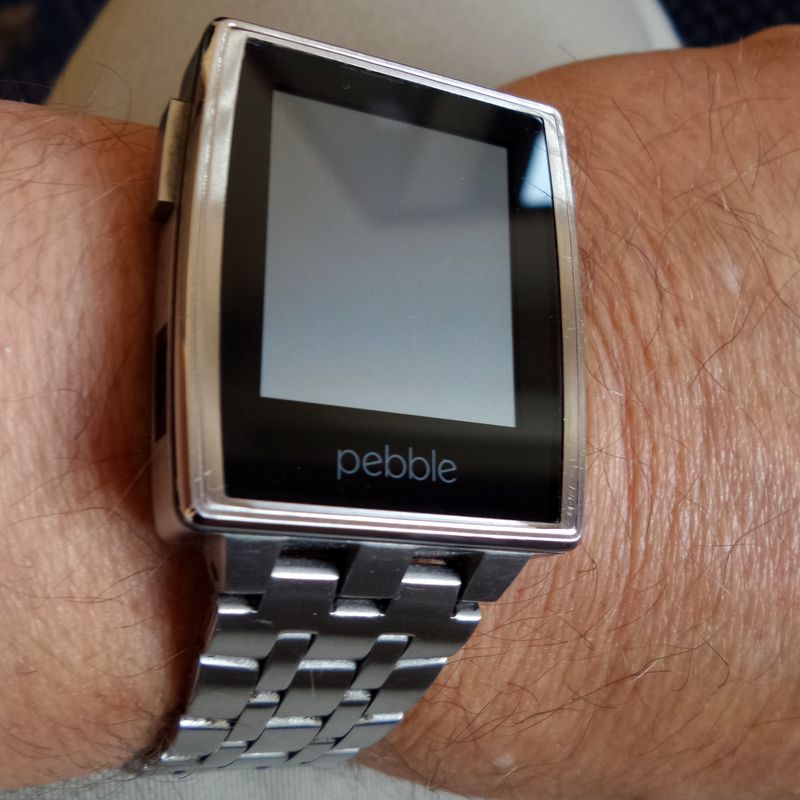 No cable, no watch: What a Pebble Steel looks like 6.5 days after the last charge

As for the smartwatch, I packed it away, and put back on my trusty Citizen Ecodrive Titanium that I acquired in 2001. It is hard to read at night, doesn't do countdowns or alerts, but its battery (a capacitor, actually) never dies due to its face being a light collector (solar panel).

And that's why I  no longer wear a smartwatch. No cable, no watch.

Posted at 01:11 AM in Hardware, Impractical | Permalink

TLDR: I forgot the cable for my smartwatch. Cool story bro.