I've managed to brick two computers in two months, and it wasn't even my fault!

I bought earlier in the year a new Android tablet, and each month the manufacturer issued a system update. After I applied the September update, the tablet would not reboot into Android. (See Figure 1.) 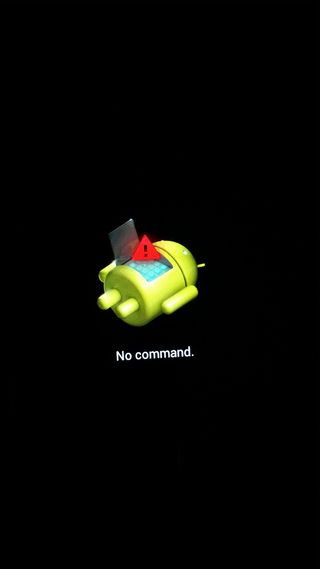 I spent quite a lot of time using different methods Android has for self-resuscitation, but to no avail. One brick.

Last week, the same scenario occurred in Windows. My $1000, 14-month-old Lenovo Yoga had a BIOS update from Lenovo. After applying it, Windows would not finishing starting up, complaining of an error. (See Figure 2.) 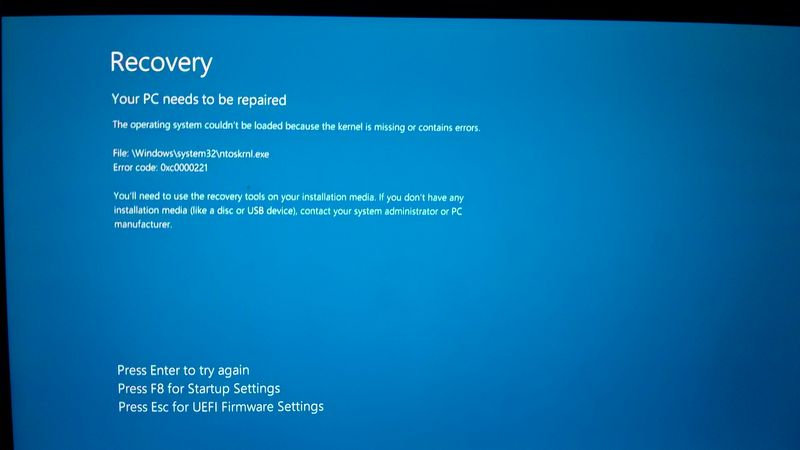 I have a System Restore USB that I made when I first got the Lenovo, but Windows wouldn't finish booting from it either, complaining of the same error. Two bricks.

For the Lenovo, my next step was to try to boot it with Linux on a DVD drive, but the machine refused.

I have heard of vendor updates bricking devices, most recently with Samsung SolidState drives (which I use in my computers exclusively). It is a sign of the complexity of our times that even vendor updates can no longer be trusted.

So take to heart my advice: "If the thing works, don't update it."

Posted at 01:40 AM in Hardware, Impractical | Permalink

and yet you keep dissing Apple and their hardware... I've done three system updates on the home iMac, her phone and her iPad and my wife hasn't noticed a thing. It mostly ...just works... Computers are supposed to serve us, not make life miserable.

I diss everyone. In this posting, for instance, I diss Android and Microsoft.

Actually, I have updated my iPad Mini a few times and notice it now runs quite a bit slower than it used to. I suppose they just look at newer iPads and don't bother that it makes older ones run slow.

We have an iPad 2, the oldest one that Apple still supports with iOS updates. It is really starting to drag speed-wise, even for basic OS functions like checking for updates.

Slow speed is not a big deal, however, as we use it as our kitchen radio, mostly.

Quite frankly, I don't understand the benefit to updating iOS for old iPads when the tablets work just fine for the simple things we use them for, and would run faster without the update.

Windows doesn't do selective upgrades; and we are not forced to upgrade Windows on older computer. (Well, Microsoft is trying that stunt with 10, but fortunately smart people have figured out how to go about avoiding it).