« Get this free ebook with your subscription to upFront.eZine! | Main | Graebert theme: Breaking the walls of CAD »

Alright, here we are in former East Berlin in the Soho House, a very retro pre-wall-fall building, up on the second floor. Here's what the digs look like: 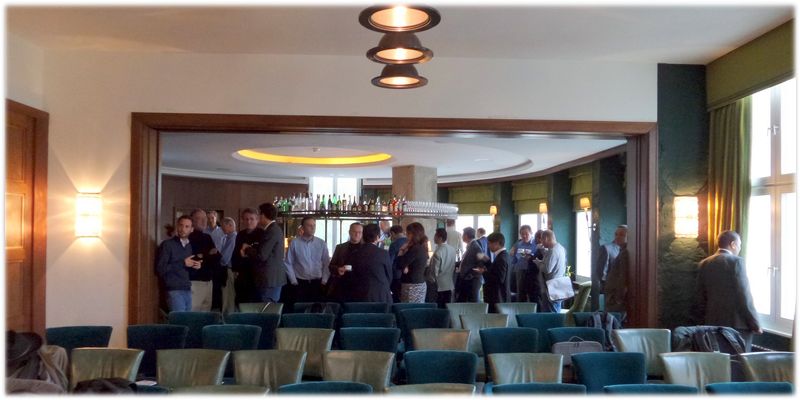 The head of the company, Wilfred Graebert is reporting on company results. Growth is 30%, mostly from ARES and OEM business. Business in Japan has doubled, and Graebert is holding an event in Tokyo end of November. In India, the company has several offices supporting 50 resellers in India.

He is now describing Soho House, rebuilt for software firms and the art and design scene. Three unicorns are housed here -- startup firms that are worth more than a billion dollars. George Clooney stays here -- although fellow journalist Randall Newton says he hears that everywhere. This very room was the powerhouse of the German Democratic Republic, "East Germany." Originally built as a department store, was not destroyed in WWII, and so the Russians used it to set up the central committee of the communist party: "Politburo." After the wall came down, the building was given back to its original Jewish owners.

[Press F5 to refresh the page for updates...]

[Disclosure: Graebert GmbH provided me airfare, accommodation, and some meals.]

Posted at 01:01 AM in Travelogues | Permalink