We're in Berlin this week for the annual Graebert meeting. Leading up to the conference, the company promises some surprises, and here they are.

Graebert GmbH is now the first CAD vendor that will be providing a drafting program on all viable platforms. I'm the one using the word "viable" to emphasize that the program doesn't run on platforms like Blackberry or Windows Mobile. The list now consists of the following OSes, in alphabetical order: 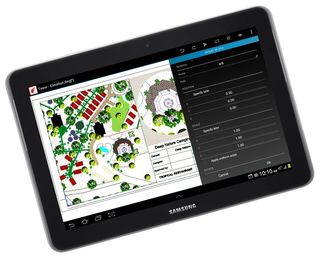 New to the list is iOS, meaning that their ARES Touch software is being ported from Android to iPhone and iPad. Not quite so new on the list is ARES Kudo for Web browsers, better known as the drafting component of Onshape.

Posted at 04:00 AM in Android & iOS, Travelogues | Permalink