In business, it appears that Android and iOS (iPhone, iPad) share have nearly equal market share, yet ODA also supports WinRT (ARM verison of Windows 8) and WinCE (from 2005), even though their market shares are razor thin. Despite WinCE being ancient, ODA supports it because some members still use it. Indeed, DGN support was added to it this year.

I was surprised to see that Android and iOS come on so many hardware platforms. I counted 15 architectures that ODA supports. The interface is built using Qt. 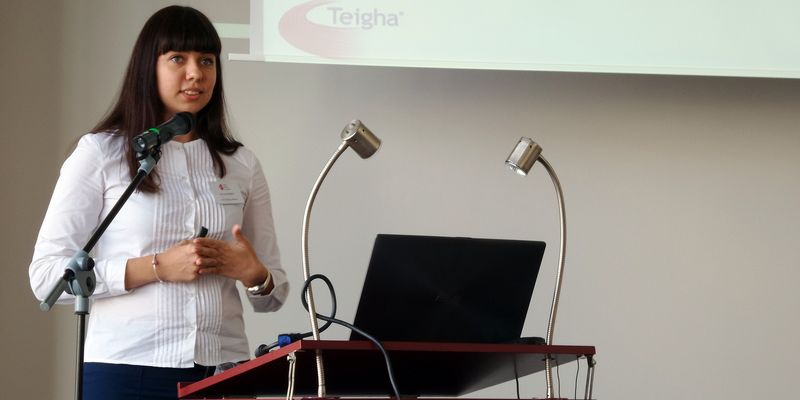 Presenting the mobile work by ODA

At the Teigha Developer Conference we get to see a preview of a Teihga-based viewer running on Android, quickly zooming and rotating a 3D model of a bright yellow mobile crane. ODA is not building any mobile apps; rather, it is providing the toolkits and simple apps to show that it works.

For the future, ODA will support iOS 9, Android 6 ("Marshmallow"), Windows 10 Mobile, and native apps for iOS and Android. Almost all functionally from the desktop Teigha are found in the mobile versions -- except where functions cannot be supported by mobile.