« For Autodesk, AutoCAD LT shines again | Main | Next week in upFront.eZine: we report on the Teihga conference from Prague »

One of the problems with mobileCAD is that there is little money to be made. (The other problem is adapting to hardware limitations.) One iPad developer put the blame on Apple, because the behemoth did not allow demo versions of software on its ubiquitous e-store. To get people to try software, it has to be priced so cheap that potential customers would not mind throwing away a dollar. This drove pricing expectations in the brave new world of smartphones down to a near-nothing level -- the pricing so feared by Bill Gates in his early days of DOS-based PCs. Pricing on other smartphone e-stores followed the pattern set by Apple, because they couldn't charge more, now could they?

Well, this long intro is just to introduce OrthoGraph's new approach to it mobile app for measuring and annotating floor plans. Until now, it was available only on iOS. But now they have it in beta on Android. But not just Android, because the rewritten app is cross-platform.

This is another way to grow income: make apps more broadly available by making them multi-platform. (There are other ways: introduce subscription prices so that users have to pay again every month or every year; establish tiered pricing, so users get more functions when they pay more; or set a really high price -- or all three.)

Orthograph's new cross platform app OrthoGraph Survey System is code-named Genius. (See figure 1.) Genius runs on Android but it will be available on other platforms like iOS and Windows. This is, unfortunately, a closed beta. Only those with valid OrthoGraph Cloud Pro or Business subscriptions can apply to join the beta program. 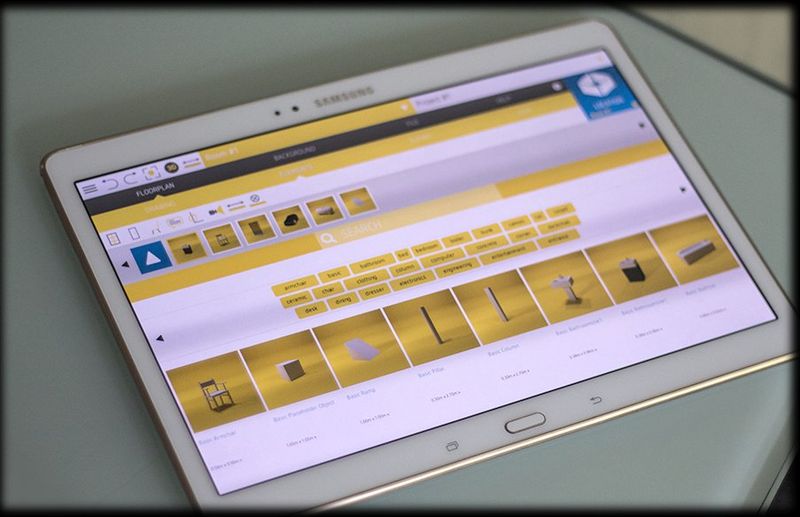