How to get a iTouch-like Android for practically free

Not paying $300 for a music player

Petro-Canada is one of the gas station chains in Canada, and it runs a a Mobile Virtual Network phone network like 7-Eleven does. Right now they are giving away a free Android cell phone if you buy at least $35 of time. I was switching my wife's cell phone away from Rogers (Canada's biggest and most expensive cell phone carrier), and so got the free one (worth $160) but didn't know what to do with it. 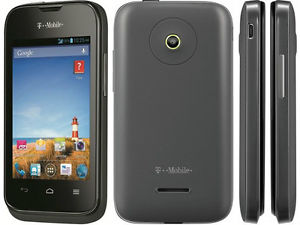 The Huawei Vision U8687 phone intrigued me, because has fabulous build quality for a cheap phone; it feels solid -- the build quality we wish phones still would offer, like rubberized back, decent-sounding loudspeaker, replaceable battery, and microSD slot. The camera takes good photos, but has no flash -- but then I never use a flash, except as a flashlight.

One day I got the idea that I could turn it into a free iTouch-like music player. The microSD slot accepted a 32GB memory card I had laying around. (I tried 64GB, but the phone did not recognize it, so 32GB is the limit.) I installed music-related software, like PowerAmp Pro and AlarmClock Player. Naturally, it can run most apps from the Google store. I filled it up with music from my 110GB collection.

It works well, and it sounds good. Having a low-power CPU and small, dim display means the 1750mAh battery lasts a good while. The small size makes it portable, compared to today's monster phablets.It has a fast boot mode that starts it up in half the time of other Androids.

The 32GB memory card holds about 9,000 songs. The math works out like this: the rule of thumb is that 1GB holds about a day's worth of music. 24 hours corresponds roughly to 24 CDs, each with, say, 12 songs.

Unlike an iTouch, my free music player comes with a SIM slot, so it can even be used as a cell phone! And it didn't cost me $300, like 32GB iTouches do in Canada.