How to take control of a blank Android

I wrote last week about Ampe's A88 Android tablet I purchased recently from China through eBay. As is sometimes the case, I bricked the device. After many attempts to reinstall the operating system, I succeeded but then faced a blank Android with Chinese as the default language. Here is my story of how I got it fully working again.

After the A88 finally rebooted successfully, the home screen was blank, with just the status bar at the top and some soft buttons along the bottom. This is pure Android operating system with almost no user interface. Now what? 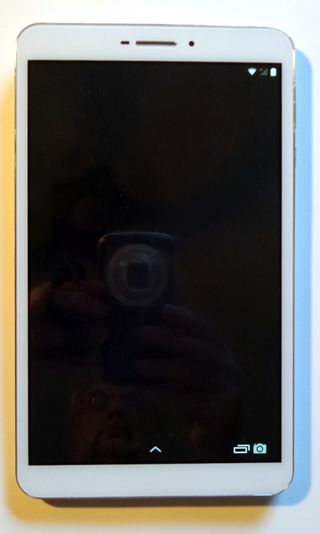 Changing the UI Language to English

With the home launcher app missing, there wasn't a lot I could do, except drag down the status bar and then tap Settings (the gear icon). 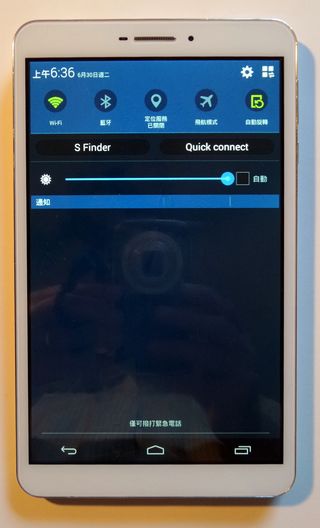 Tapping the Settings button got me into the all-Chinese Settings app. 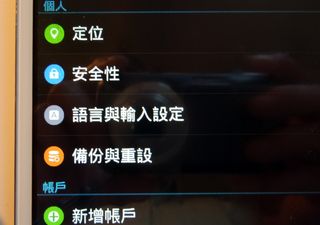 Job One: changing the UI language to English. Fortunately each option has an icon, and after a while I figured out which one accessed the language setting: the one with the letter A.

Next puzzle: which one of these options changes the language? 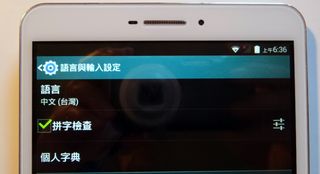 Fortunately, it is the very first one. I tapped it, and then choose English from the list of languages.

With the language of the UI set to English, I could find my way around the tablet more easily. For instance, I could now connect to the Internet through the WiFi setting. But I still had no home launcher app with which to navigate the Android device.

Getting the Home Launcher App

Installing a home launcher app was definitely more of a puzzle. How can I install a program when I can't access the app store? I tried a few things, but nothing worked. One of my failed attempts was through the default Baidu Web browser, which showed that the default keyboard was for Chinese text entry. 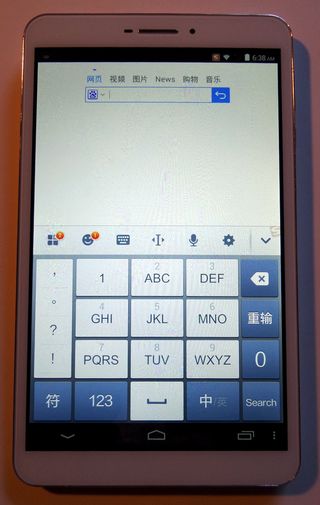 So it was back into Settings for me to switch to the English keyboard.

By accident I dragged up the screen, which activated the search function. The tablet asked me which of the three available search engines I wanted to use: two were Chinese but the third was Google. Google asked me to log in. 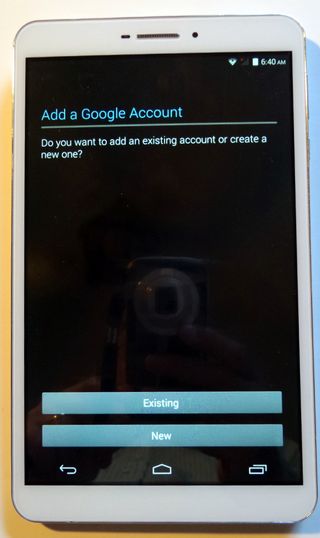 Figure 6
Logging into Google (after swiping up the screen)

I used Google Search to go to its Play app store, where I downloaded and installed KK Launcher. 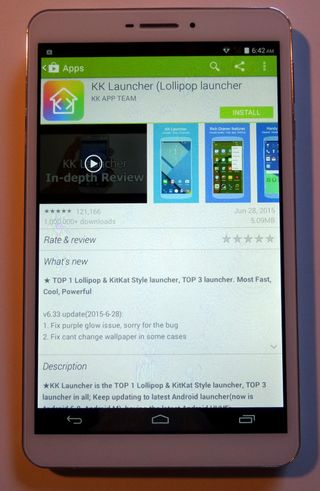 With the home launcher app installed, I finally had a home screen from which I could start installing all the rest of my apps. 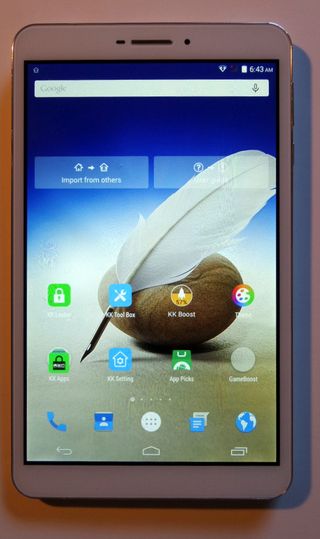